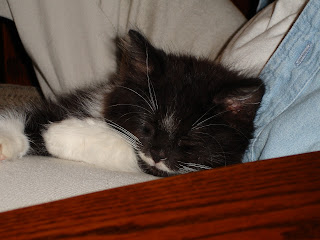 June 4, 2011
Jan reckons he’s entered truancy.  He assimilated consequences for some behavior and limits counter trips to forays for plant leaves.  Especially philodendron, from the kitchen counter planter.  A piece he surely broke off has been stashed in the Christmas cactus pot, probably by his fairy godmother, our friend Dee. 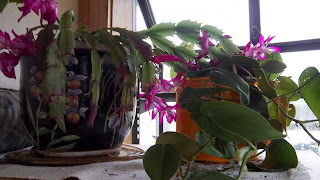 There’s the evidence for the Grand Jury:  kitty teeth holes.  It would explain why he found his way to the top of the gardening cupboard.  He surveyed his find, found Christmas cactus even more delightful than philodendron, and removed a good portion to toy with on the ground.  Sadly, for Toby, he was found out by Jan even as he was in mid air.  He got what for, and refused to speak to the spoil sport for an entire day. He still speaks to me. 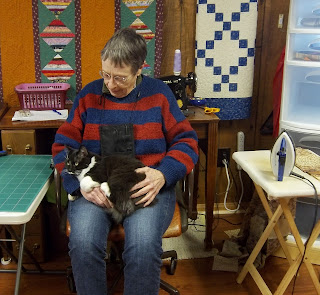 And performs other studio jobs: 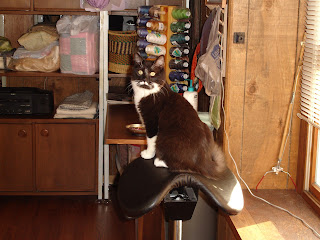 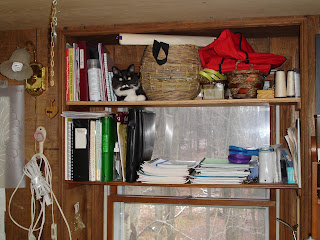 Posted by Joanne Noragon at 3:24 PM

Email ThisBlogThis!Share to TwitterShare to FacebookShare to Pinterest
Labels: Toby