A doctor asked me recently why I’d quit smoking.  The price.  I love kids and think they should have health insurance, but that last federal tax was a little over the top. The last carton lasted until March 31st and  I quit on the next day, the effective date.  Several years ago.


“Why not?”
“After I spent fifty years looking for a reason I’m not about to be looking for another reason To Do It All Over Again.”


He’s a short, round and jolly man and laughing all over by the time I got to the end of the story.  He said he had a smoking story for me.  “You smoked?”


“No, my brother.”  His brother must be as tall and thin as the doctor is short and round. An engineer.  A runner.  For recreation, marathons, half marathons.  The engineer often told his doctor brother the running was the antidote to the cigarettes.  The doctor didn’t have any argument convincing enough.
One time the two of them, the doctor and the engineer, were sitting by their father, who was in a hospital bed.  The engineer, making conversation, asked what if dad choked.  “He’d be resuscitated,” the doctor replied.  “How do you do that?”


The doctor got up and looked around the office.  He wanted to show me, too.  He picked up the heavy metal grip of the instrument he’d just used to check my ears.  He said, “I got up, went over to the wall and took down the instrument. Handle just like this. Long flexible tube to go down the throat.  It has a light on the end, so I can see where I’m going.  I turned on the light and wiggled the tube around to give him the idea.”


His brother jumped up and asked if he was in that hospital bed for any reason and coughing up cigarette phlegm, that’s what would happen.  “You bet.’  His brother said “That’s it, I’m done.”


Some time later the doctor asked the engineer how he was able to still go to bars and shoot darts.  Before the cigarettes were sent outside.  Wasn’t he still tempted.  “Sure,” said the engineer.  But it always went down the same way.  He’d ask.  Someone would give him a cigarette.  He’d ask for a lighter.  Someone would give him a Bic.  He’d flick.  Do you know, the flame of a Bic is the same size and intensity as the light on the end of a resuscitation tube.  He’d break the cigarette in half and give the donor a buck. 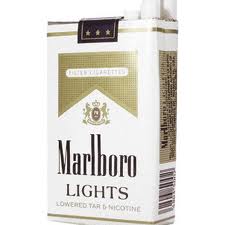 Posted by Joanne Noragon at 1:55 PM