Before the modern era

Way before DVD’s, Americans rented and bought 16mm films to watch and enjoy with family and friends.  The equipment was expensive, and while Eastman Kodak did its best to bring home movies to the mass market, you probably had to be a rich techno-nut to want and afford the camera and the equipment.  A 16mm camera cost two thirds as much as a new car!  Kodak introduced 16mm color photography in 1935.  In 1936, according to my mother, her father was taking color movies.  He was not rich, but he was a techno-nut, and I’ll bet he repaired a few clocks for jewelry houses, where clocks and cameras were also sold, in trade for his first outfit.

My Grandpa Rolf, who I never knew, left a couple of miles of 16mm film behind.  When I was a child the family movies were often brought out and were the conclusion to a fine day of visiting and eating.  We children looked forward to seeing the big reel of family movies that Uncle Hank had spliced together.  These started in the early 1930’s and went through the mid ‘50’s, with Uncle Hank’s 16mm home movies. 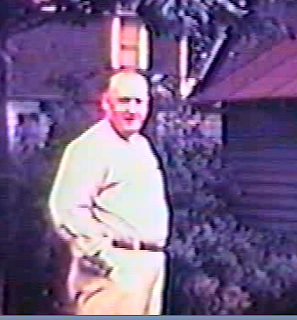 Twenty years ago I had the movies transferred to video tape, and passed out copies to relatives.
When I was little the 1936 Great Trip West was booed down if anyone suggested loading it into the projector.  I watched the video tape once.  An hour or two of nothing but scenery to California and back.  When I sold one of the souvenir Apache baskets on EBay, the one and only tape of the Great Trip West went into the shipping box as a bonus.

In an absolute stroke of genius I had Aunt Flo watch the family movie tape with us and tell us what we were watching.  The recorded conversation was dubbed over the VHS.  Before she would come watch the tapes with us Aunt Flo made sure she wouldn’t have to watch the Great Trip West. 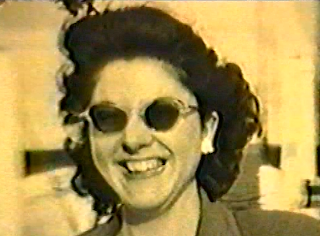 The tapes I passed out languished, as far as I know.  Jan and I watched ours once, including the great trip to you know where, and then they collected dust on a closet shelf.  Gathering around a TV to see their parents as kids wasn’t the wonder to a newer generation.  Or, perhaps the bigger than life movie screen in Uncle Hank’s family room was the magic ingredient. 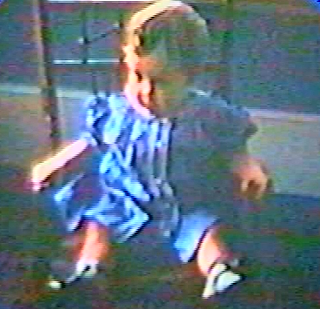 Recently I had the tapes transferred to DVD.  It’s a two or three hour watch, and I must agree that people who were adults eighty years ago still aren’t fascinating.  But much of what was filmed still interests me.  My grandfather had people walk up and down the street as he filmed them.  His parade starts out as a small group of youngsters and grows as adults apparently come off their porches and join the line going up the street, across and down.  Adult subjects had to be set in motion.  Children were filmed at what they do best.  Most amazing of all, my parents and grandparents did not come with white hair.

Watching the DVD again and taking off some screen shots has given me a whole new project.  I must learn how to make video clips.  My brother Walt bounced himself up and down in the arms of whoever held him.  You have to see it to believe it. 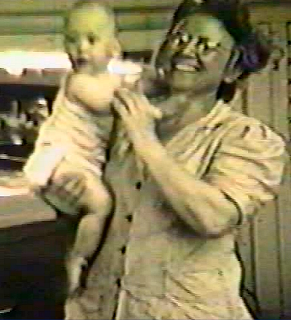 I'm working on the video!
Posted by Joanne Noragon at 4:36 PM