I had a breakfast engagement this morning, with a friend. She had a one p.m. appointment, so we not only settled on 9:30 for breakfast, I set my alarm for 7:30.  My feet encountered cat, who waited impatiently for his spot in the agenda. Mr. Cat amuses me. He knew his bowl was empty; he knows nothing happens to the bowl until the tall person is dressed. Why doesn’t he leave some bits to the side and not have an empty bowl? Why can’t he sit by the bowl and wait? It’s not like I even have coffee before cat.

Lynn’s husband called at eight, so setting the alarm was a smart move. Lynn was sick all night and would not be at breakfast. Not good, and may she be well, soon. Another friend in town had a cold I last knew had taken possession of her chest. I have to stop and see her today, be sure she’s wearing wool socks and the cold is better.

This week, commencing with the snow days last Thursday and Friday, has been full of teen age girls occupying half the house and all of Laura’s bedroom. Meredith was long term; her mom is out of town on a business trip, until tonight. Mom is in for a surprise. Meredith tagged along for shopping, and looks over Laura’s shoulder at the cooking, but I doubt she’ll engage with those back at home.

Meredith also tagged along to the Venture Crew meeting last night. She left with a completed membership application for her mother to sign. In her defense, she was recruited on coming through the door. Crew wants three more members to rise in the qualifications standards. Don’t ask, I haven’t a clue. Some other adult with children drives Laura to half the meetings. The last I knew, they were practicing knots and building outdoor shelters in the basement of the Methodist church.

The operative word is shelter. Note, tent is not mentioned.

Last night the members discussed February elections (Laura volunteered to be secretary), and began reviewing requirements for this weekend’s Polar Bear camp out. “Meredith, I am so sorry,” I said to the teenage guest by me, with a sheaf of paperwork in her hand. “No, it’s OK. I love this stuff!”

I did know Polar Bear weekend was approaching, as if waking to sub zero every morning for a month were not enough. I checked Weather Channel yesterday, to see how miserable the weather might be and wonder if Laura’s enthusiasm might dwindle, after these several months of preparation.

From the Washington Post this morning: The 2018 election season kicked off Tuesday with an upset in rural Wisconsin, where Democrats flipped a state Senate seat that had been held by Republicans since the start of the century.

Just one foot in front of the other. I think of Paul Ryon's pile of post cards on the end of his drive, and smile. 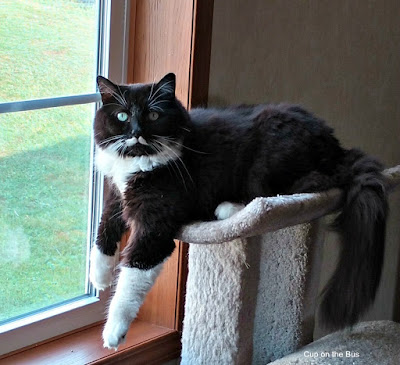