No tall people in our family

I visited my daughter Beth and the other two grandchildren not long ago. My daughter’s house is a revolving gallery of children’s art. It’s always on the walls.

Caroline, the mistress of cats, had another portrait on display. By the arthritic knees I’d guess this to be Kipper, the cat as old as Caroline, nine, going on ten. I understand cat years are exponential. 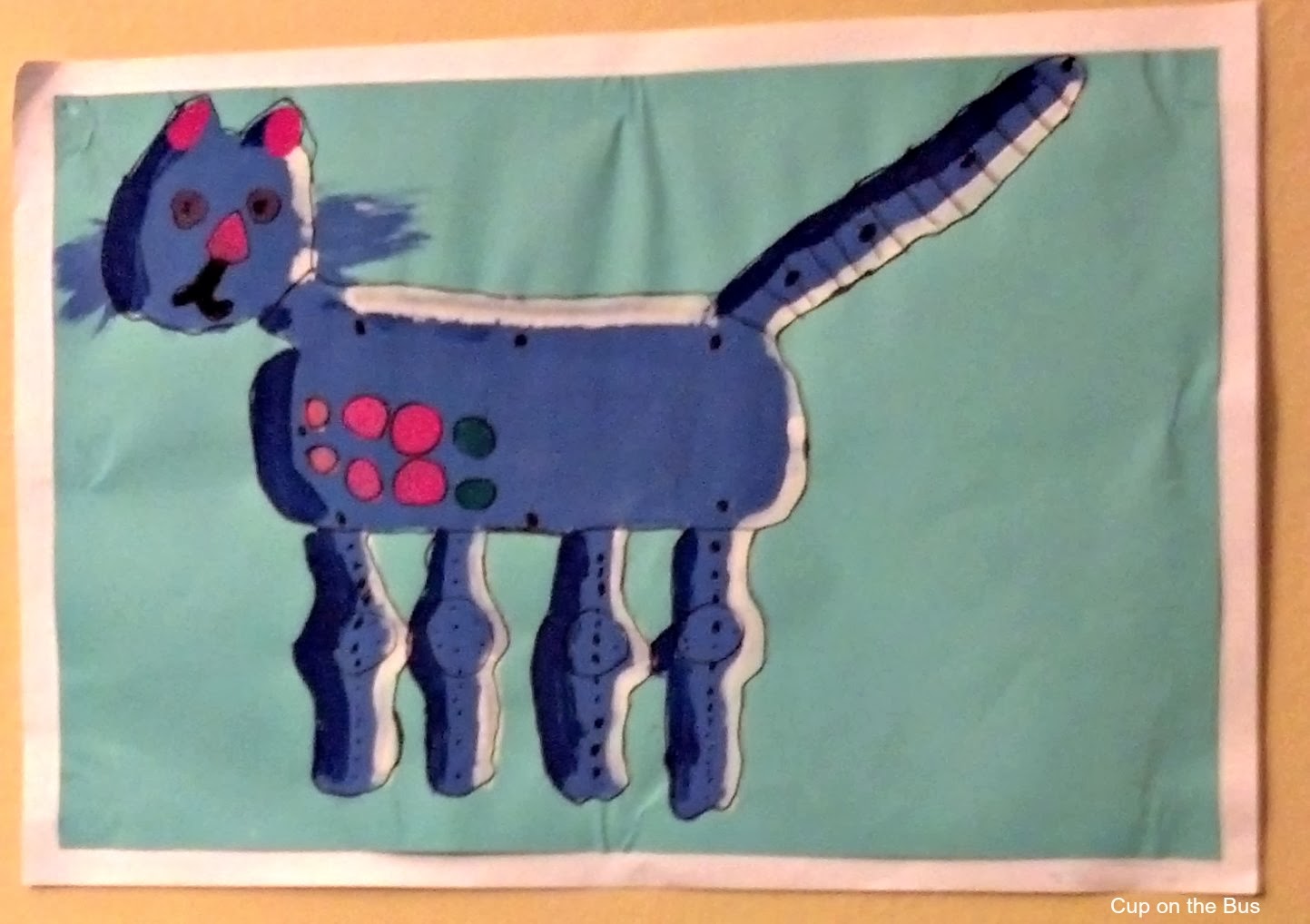 Francis current piece was on another wall. This is the young man who bolted the Paint like Picasso class at Cousin Camp two summers ago. Georgia O'Keeffe and he was gone. He said he wasn't interested; I figured being the only boy among girls was a contributing factor.

On display by Francis, an obvious self portrait. Eyes didn't interest him that day, he said. Before I left I made an estimate of his height, and he’s in the 5’6” range. At twelve years. And I was reminded of an incident when he was not a year old. 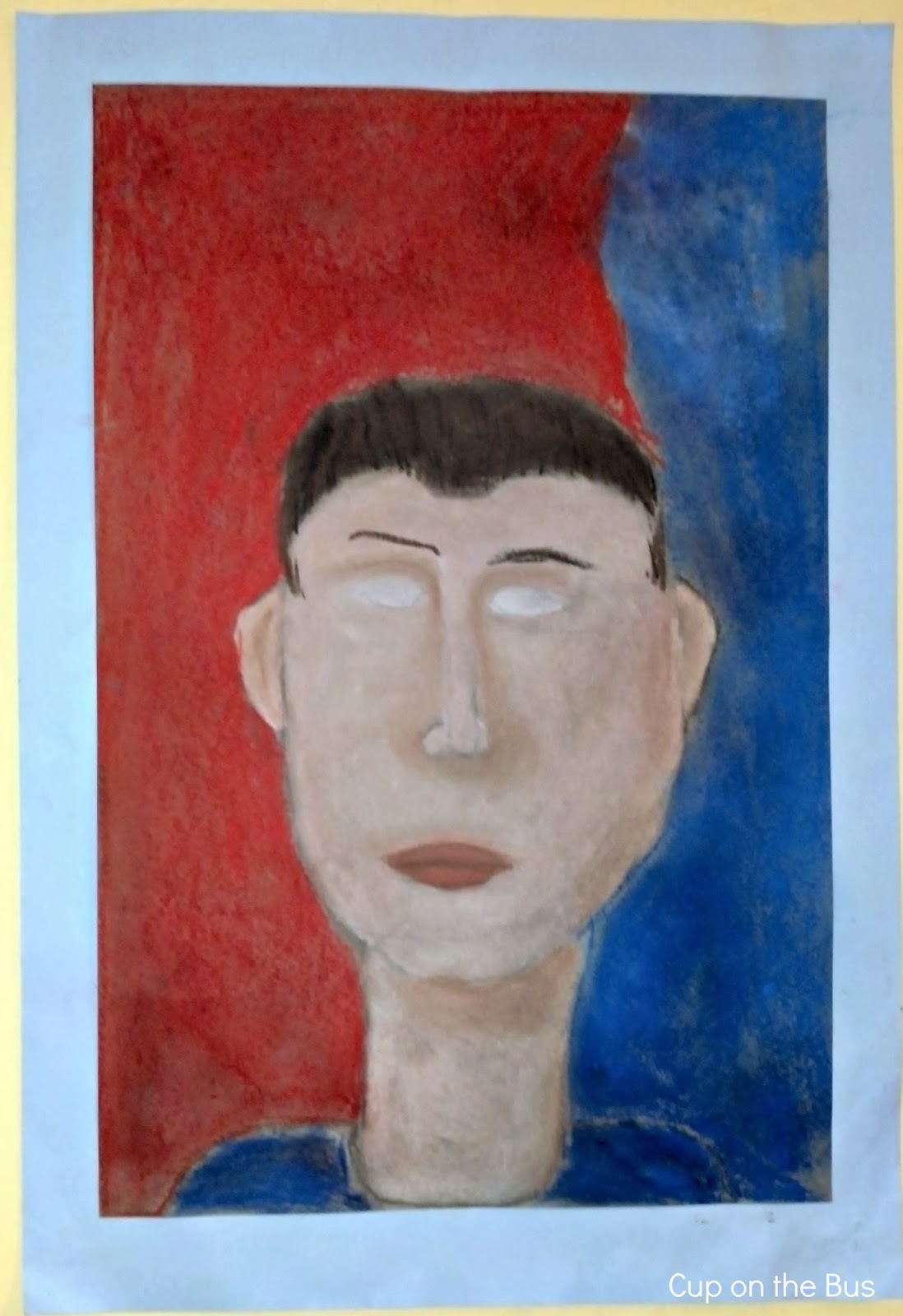 Francis was crawling, making his way somewhere. Passing my foot he helped himself to handfuls of blue jeans and pulled himself up.  His face was above my knee, and I said “Oh, my, you will be a tall one.”

“There are no tall people in our family,” my son-in-law responded.

Some of us in the room had a good laugh before we reminded Bill he was responsible for only half the boy’s genes, and he’d never meet most of Beth’s forebears.  Both her grandfathers were over six feet. Both my brothers were taller than our dad. And in case Bill needed more convincing, my father had one six foot tall grandmother, not bad for a nineteenth century woman.

No tall people in Bill’s family, but more than a few in his son’s. I attribute France’s black hair to my dad, too, although his Welsh father and grandfather probably contributed.
Posted by Joanne Noragon at 9:47 PM