What’s wrong with this picture

Late last summer, before school began, I drug all three children through an optical exam. They are on their dad’s health insurance; I found a participating optometrist and scheduled them in.

Laura and Hamilton have worn glasses since forever, Emily never. So it remained, with prescription changes for Laura and Hamilton. The exam cost me only the deductible, and I was grateful for that after they picked out new frames. They cost as much as grown up frames!

Once I was used to their stylish new nerdy looks, I even came to like the new specs.

Imagine our surprise; Hamilton’s frame gratuitously broke the other night. Sitting at the table doing homework and pop, there went the frame. 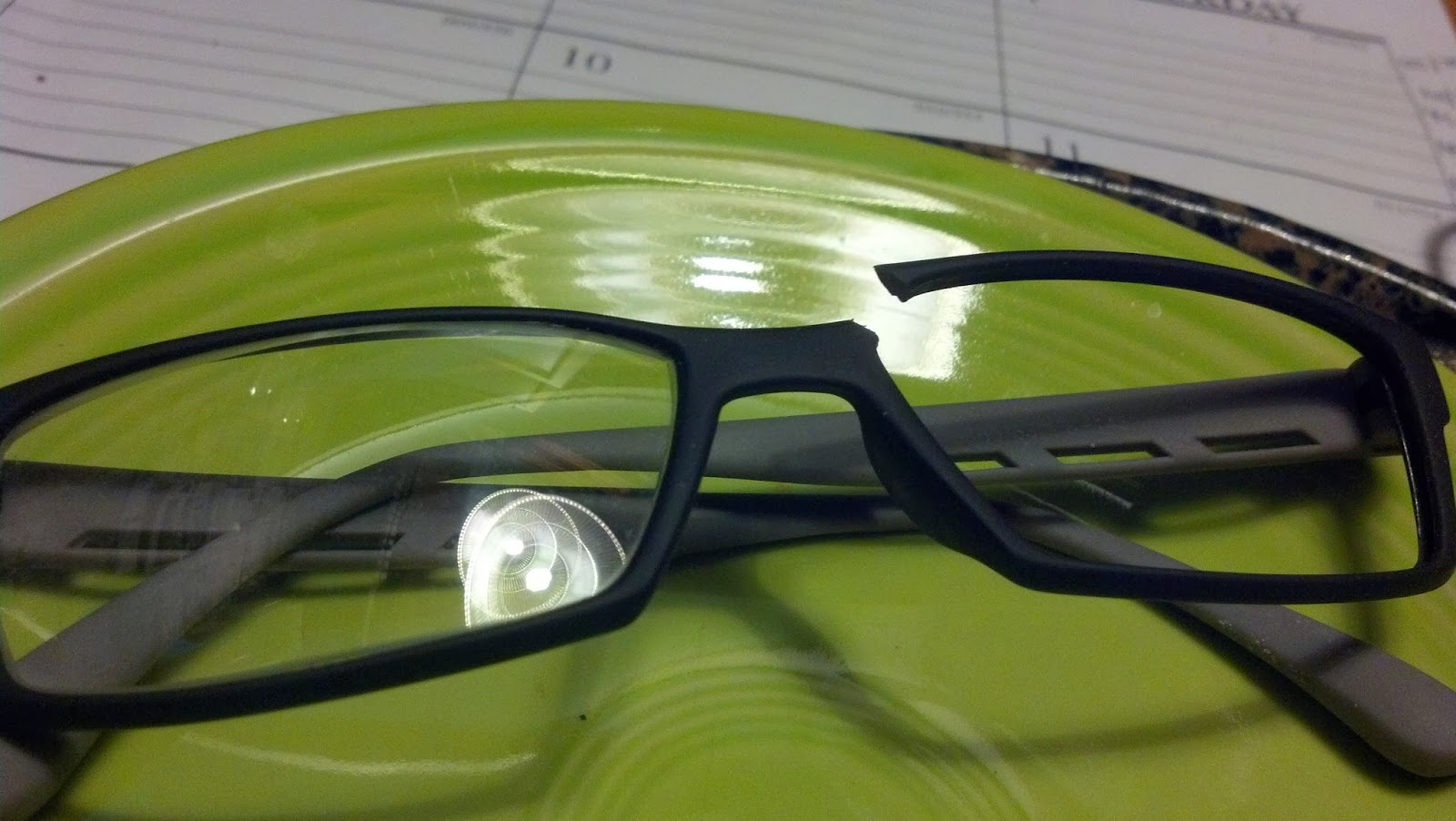 I took the glasses back to the optometrist shop yesterday to see what they could do. Gone. I called. No answer, no answering machine. We figure the lease ran out December 31st.

Like the fake dental insurance for the fake dental visit to AspenDental in December, where the appointment I did not schedule included a cursory exam, no cavities found, and a reschedule for three cleanings. We blew that popsicle joint, fast. But this one left on us.

I was able to schedule a dental visit for all three for one of those cancelled school days the beginning of this month. Dr. Bob’s schedule had big holes when I called; cancellations because it was below zero, so come on down. Three hours and three exams and six hundred real dollars later we had two clean bills of teeth and one cavity filled in Laura’s mouth.

Dr. Bob came out to explain it to me and I said to please tell me it was from three months of not brushing. Everyone is so PC now; oh, no, it was at the gum line, not necessarily… He went back with instructions to tell Laura it was from not brushing.

So, what is the relationship between a six hundred dollar trip to a dentist who does not take your son-in-law’s insurance and expensive, but broken frames from the only optometrist in a fifty mile radius who did? Someone is making a lota money in this country, and their name starts with insurance and ends with industry.

Hamilton needs glasses, so tomorrow we will go cross town to my optometrist shop to see if these stylish lenses can be popped into another au courant frame. While we’re there I’ll have them read the lens (no, we did not leave the other place with prescriptions! Was that the first indication of trouble in River City?) and make a second pair. Although, a certain cavity in mind, perhaps I need to be hanged for a sheep as a lamb and schedule an eye exam with my ophthalmologist.