All over but the growing

Last night we put back the dirt and raked it about.  The very royal "we" again.  Laura was at a fifth grade "on to middle school" party; Hamilton and Emily shoveled, dumped and raked.  Nice job.

Today Emily and Hamilton laid stepping stones to get us back out the the sidewalk in the new area while Laura planted the lily of the valley in the bed by the steps. 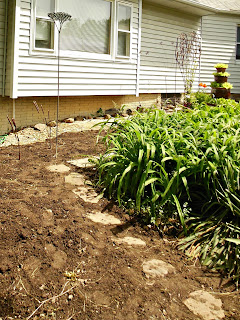 It took the dolly and three determined youngsters, but the rest of the rocks were planted along the foundation of the house.  I'll be interested to see if anyone builds a cairn. 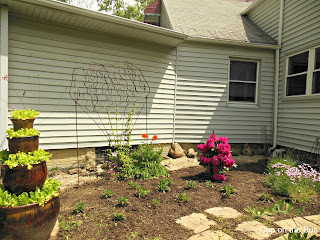 We replaced all the yard art, re-raked the tromped on dirt and then considered our seed packets, the cause of all this work. 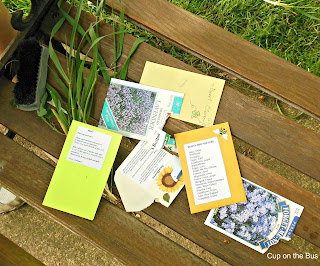 Earlier this year the Garden Club put together an array of bee and butterfly attracting seeds.  All this work to empty those little packages into the dirt. 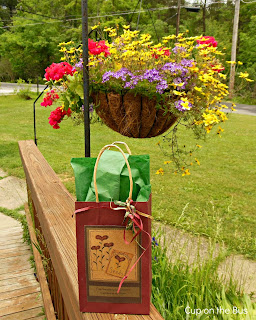 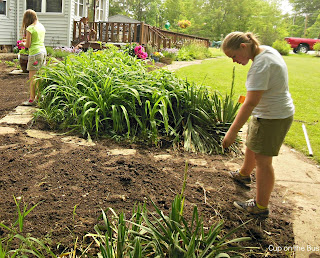 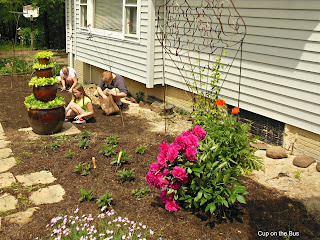 Planting money plants  Nina, who organized the seed fest, gave me a bag of money plant seeds, too.  Actually, her husband slipped them into my car trunk, along with the plants we put in the ground earlier. 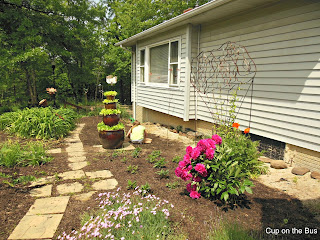 I've heard them called silver dollars, too, for the translucent silvery flower.  I forgot them, but Hamilton didn't.  Or Laura, getting that last pesky one covered with dirt. 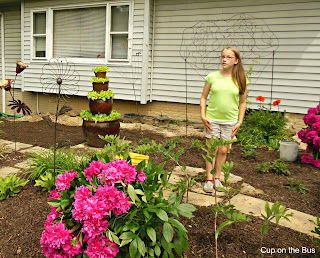 Waiting for it to grow.  Hamilton doesn't know it yet, but I have a sidewalk edger in my car.  His next project, next week, after finals and school is out. 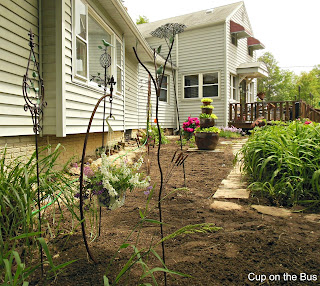 Posted by Joanne Noragon at 4:44 PM