The good, the bad, the ugly this week

I was assessed in speech early in the month, then the lead speech-ist was on vacation for a week, so I got the assessment this week. Those women have the patience of Job. It’s the memory thing again, and their solution is for me to practice remembering something from a five line paragraph, then a slightly longer and a slightly longer and so forth and so on.

In the assessment I did well in regurgitating two concepts, three words, simple stuff. But a five paragraph story that had the reader telling me to remember about ten or fifteen words to repeat later didn’t go well.  Actually, without guilt, I recalled none of them. I find such exercises utter crap, and totally unrelated to what I want to remember. I want to remember important stuff, like what I’ll blog about today, or tell the doctor tomorrow.

The lead assessor said she kept notes on index cards. Fine for her, I suppose. Her assistant posts sticky notes.  I’ll be in the next county and the sticky note at home. It hit me: the notepad on my phone. I didn’t learn to make tabs on it for nothing. That was Monday, and I have opened seven tabs and used five, already.

Under “Blog” I typed a wonderful line about the Brexit talks in Belgium: Europe appeared with stacks of paper. The Brits have coffee and cookies. I also typed a line that cracked me up, but maybe you had to be there. When I showed up at outpatient therapy, long, long ago last May, my right leg was substandard weak and discouraging. I whined and moaned weekly about the state of it. On one of the machines this week I could lift five pounds with it. “Look! Look!” I shouted at Rhonda, the therapist. “Why didn’t you tell me I could do this again, way back when I started?” Rhonda rolled her eyes.  If threatened, yes, they probably told me weekly.

And finally, the scalawag doctor who prescribed the AFO spring release brace for my right foot, and the equally scali orthotist who made the device really are shameful. The American tax payers paid a thousand plus dollars for this brace. The company has “adjusted” the brace three times. In an eyeball to eyeball confrontation this week, the fellow shouted, “We’ve had this discussion before. Yes, your toe drags. Yes, your heel catches. The wrong brace was made.”

I asked how they would make it right. First, someone else had to verify to him that my toe dropped and my heel caught. That would be my physical therapist. “Tell her to call me and I will give her the new script numbers for Medicare to pay for a new brace.”

I am truly disgusted. Dana will call tomorrow and we’ll get the numbers. Of course, I went straight to the internet. There is the exact brace I’m expecting to get. It costs sixty dollars. I ordered a women’s small right. The last thing I will do, when the dust settles, is write a letter to Medicare. This needs reported. 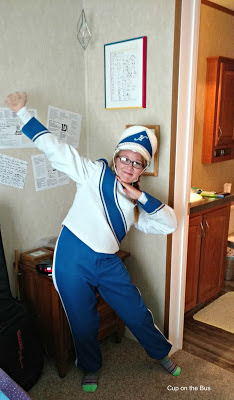 Posted by Joanne Noragon at 7:57 PM