In the olden days, when Jan and I were weavers, two thirds of our business was the clothing we made. People often asked to purchase our fabric and I would not sell it. Working with handwoven fabric is very different from goods from the fabric shop, and I wasn't about to give them lessons, too, when they stumbled on that fact. I generally suggested they buy a loom and weave their own. Some did.

“I know, but it is soft and looks comfortable.”

“I know, but we would have to get her past being unstructured.”

“I know, but it is beautifully made.”

“I know, but the cut is unstructured.”

I smiled and let them play out their debate and wander away. Our customers loved soft and comfortable, and we found them, even in New York City.

Our clothing was “unstructured”, for the reason that our fabric did not lend itself to fiddly details. It was too soft, too few ends per inch, for a crisp edge. One haute customer, in her impeccable jeans and close cut shirts called the look “this old thing I just threw on!” She made us look really good.

I was thinking, as I wove towels, about a customer who took two towels and began demonstrating how I could sew them into a blouse for her. My imagination simply could not follow her instructions. I had a good deal of people telling me what I could weave for them, as it was. I eventually suggested she purchase two towels and give it a go, or even a loom and have at it. She certainly did not do the former.

Twenty years later it came to me, a blouse with no shaping at all. Well, minimal, as it turned out. First I needed a prototype, which I made of muslin. It’s pretty firm stuff, you could make structured garments from it. I needed to know what I was doing and had no intention of experimenting on my woven fabric! 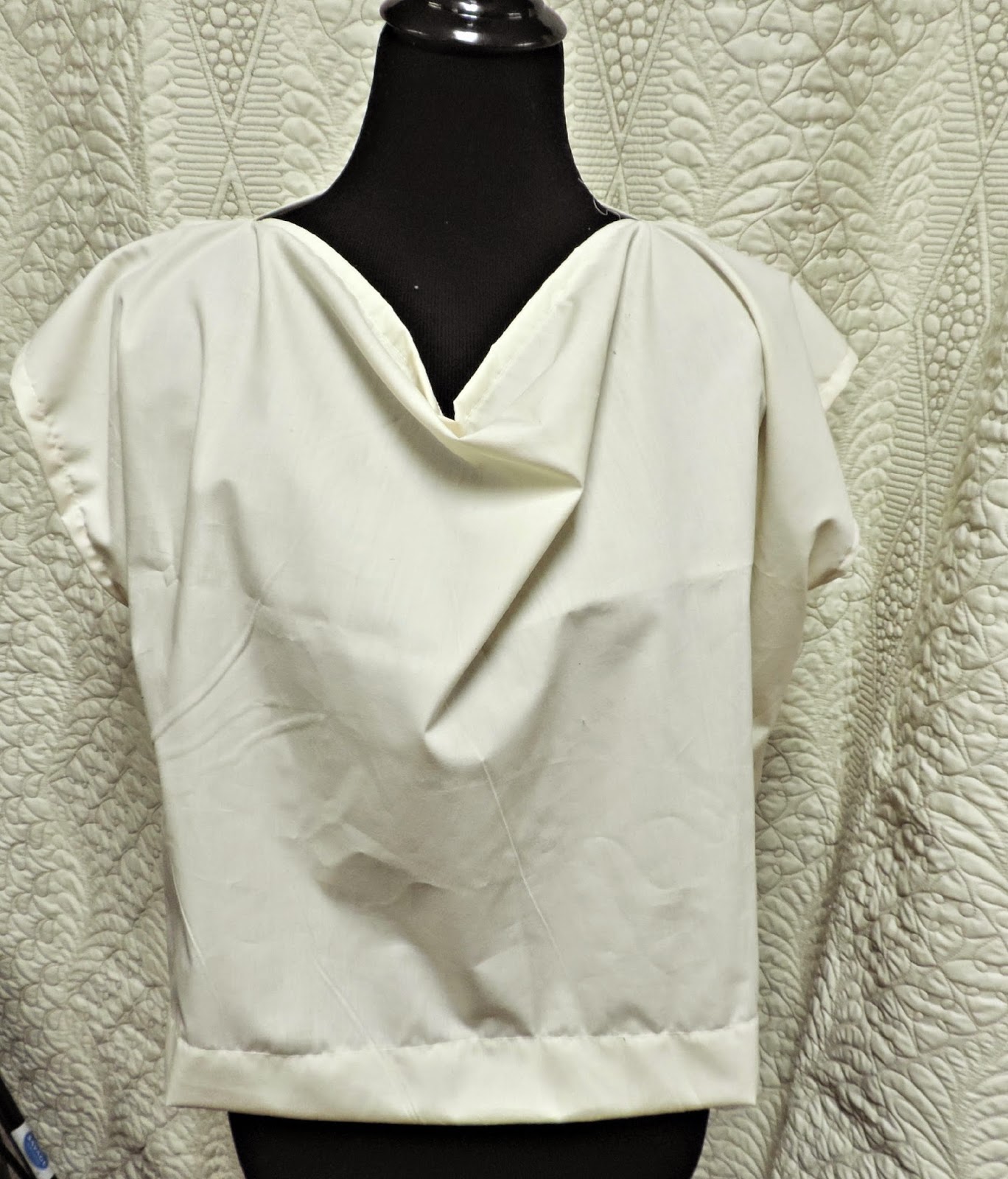 My prototype. It has a hem only to make the muslin the same length as my woven fabric, 20". The piece for the back is 24", edge to edge (before seams), the front is 30", to make that neat drape, which was not in my instructions twenty years ago from two towel girl. But, it needs some shaping. 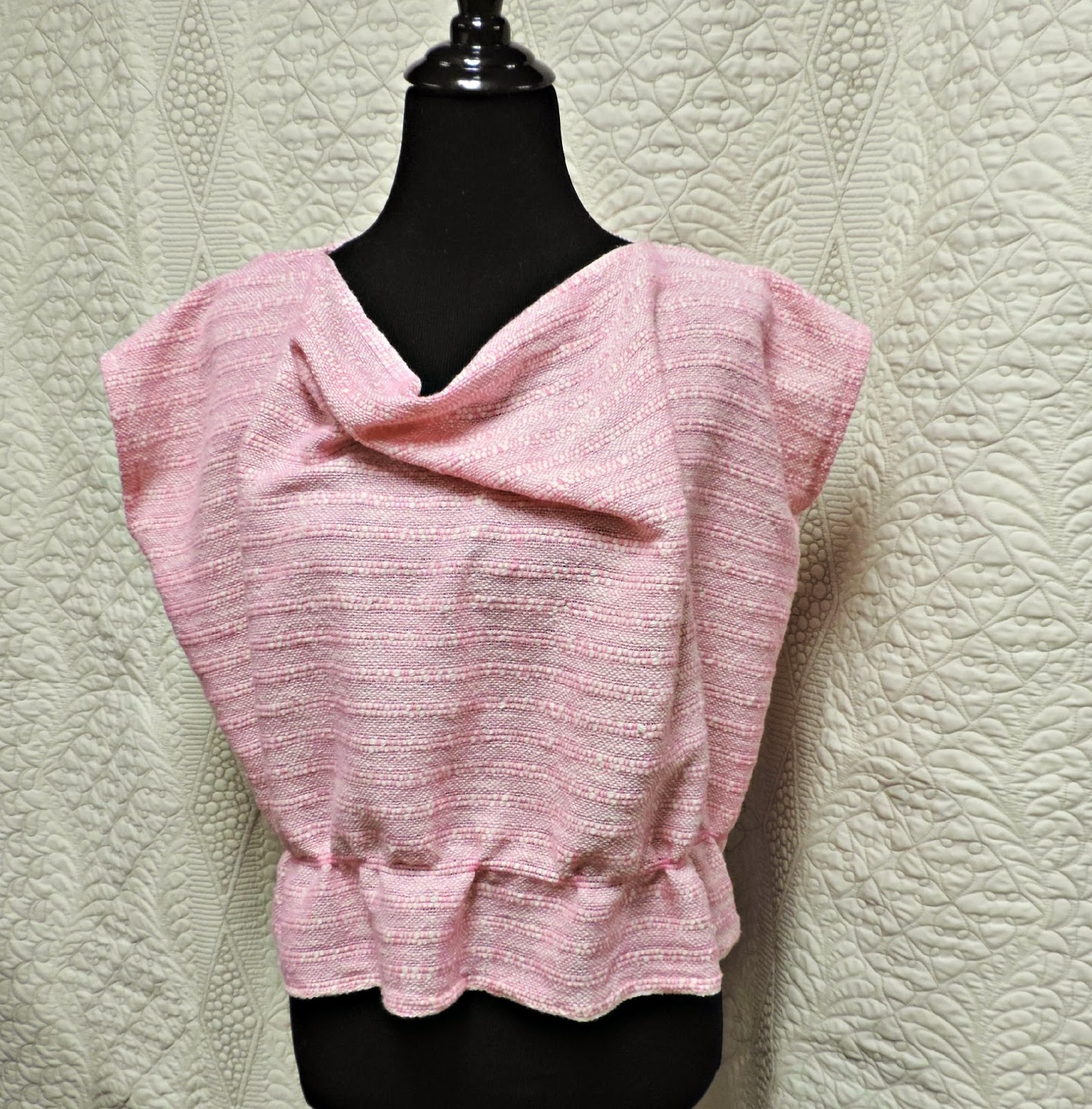 What do you think? This piece of fabric would not lend itself to a casing and a drawstring, so I gathered the fabric along the line of a pair of grouped threads.  Cleaner than the drawstring, too. 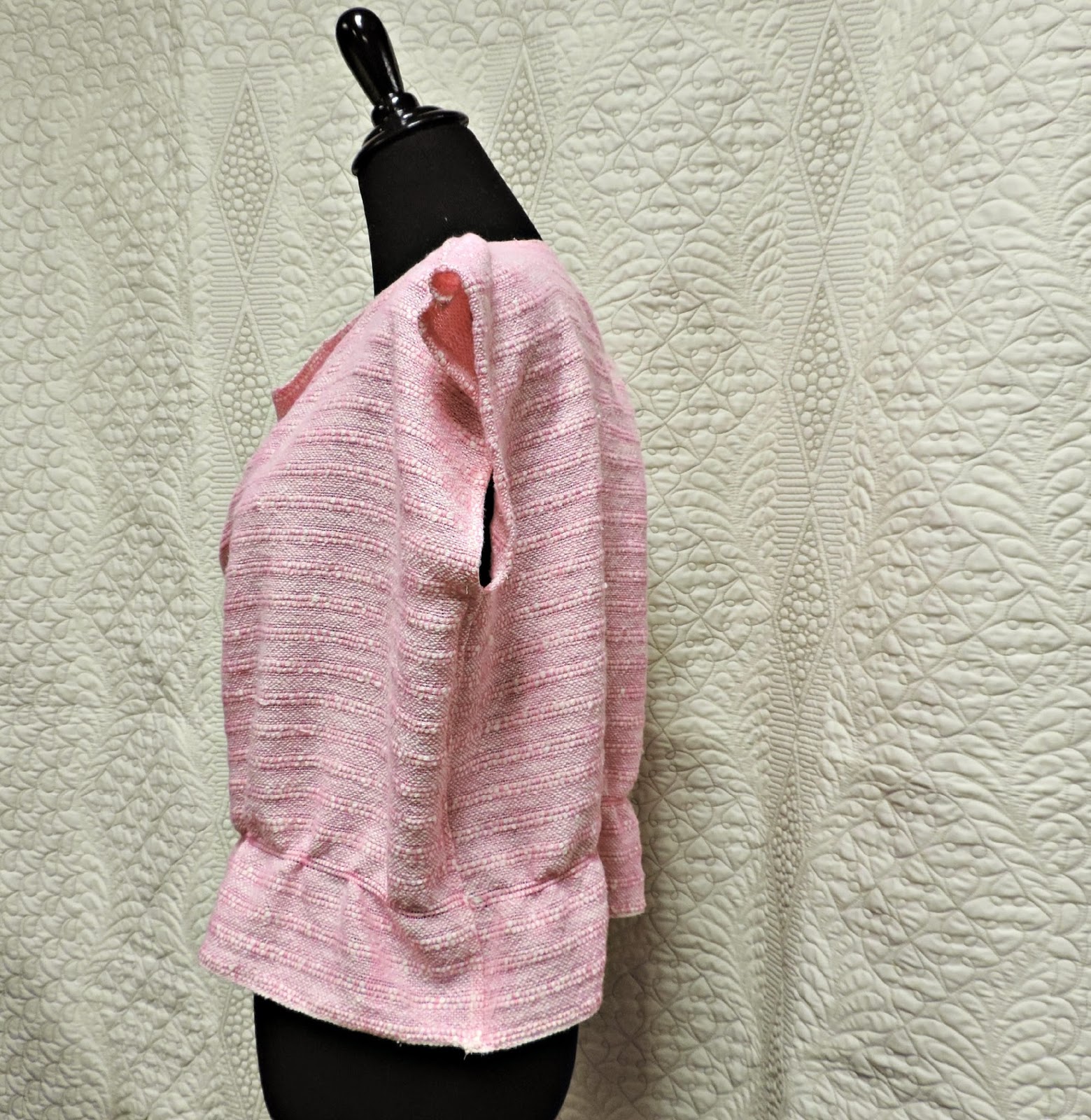 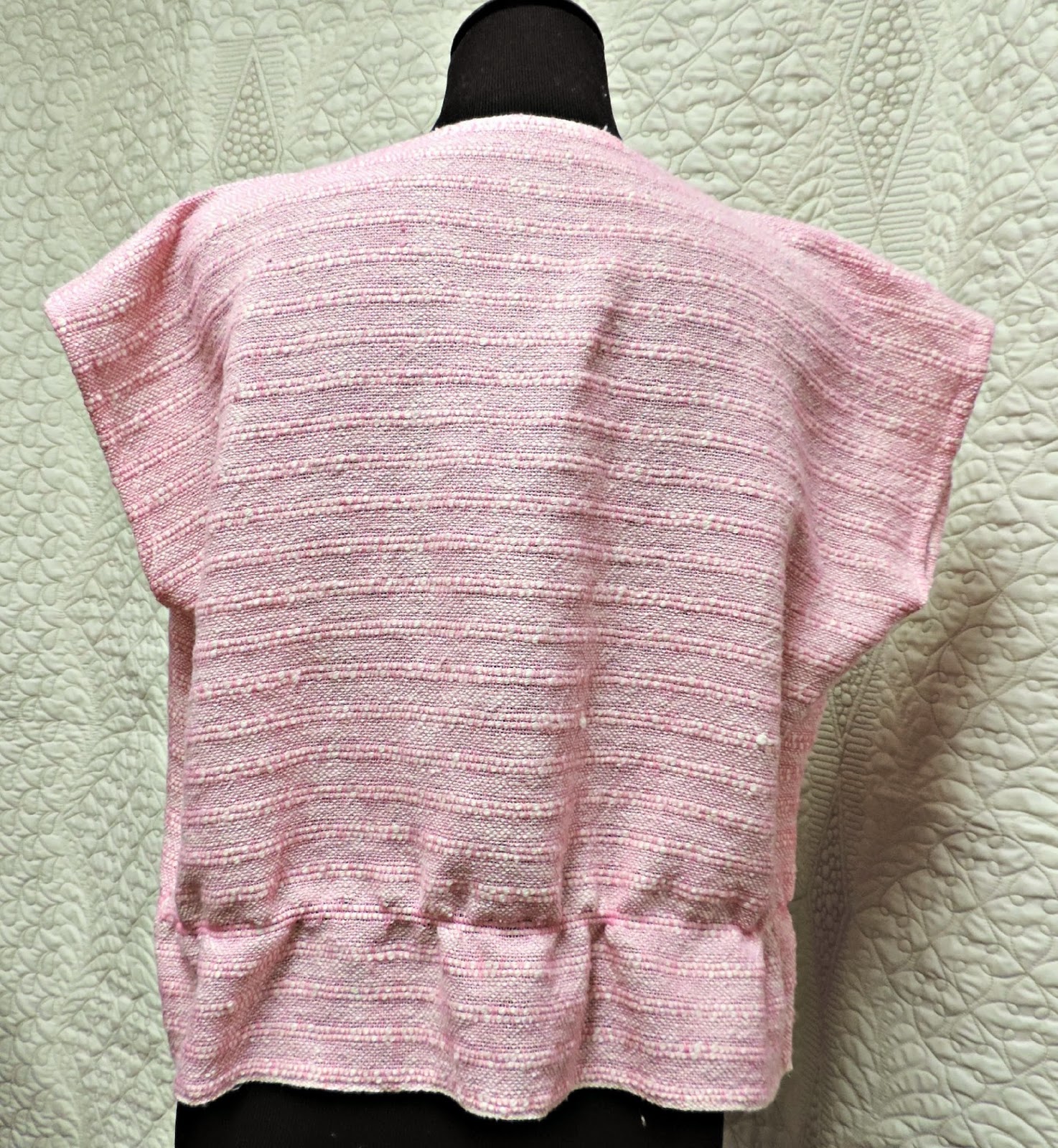 And, the rest of the way around. Side and back. All that's left is to research sizing. This is probably a large, but I need to find out. Otherwise, what a cool shirt for a hot summer day. Coming soon to an Etsy shop near you.

And, PS to Two Towel Girl: This is the very same towel you demonstrated to me--lengthwise. You were holding it by it's ends, and I couldn't see how to fit anyone inside two twenty inch towels.
Posted by Joanne Noragon at 7:02 PM