And the gas is going down

Gas at my station was $2.55 a gallon when I passed yesterday morning. My last purchase, last Monday, was $2.74. Half a tank, I didn't stop, although after the errands and jazz band practice pick up tonight it was closer to a quarter. So, it will be lower—or higher—when I fill the tank.

Gasoline and I go way back; I remember paying twelve or fifteen cents a gallon. Its production must have been heavily subsidized; I don’t know. I do know that price inflation in the seventies was exponential. The pumps indicated cents, with hand lettered $1’s preceding.

OPEC put a strangle hold on the world economy then and the scrabble to alternative energy was on. I wonder how much the need for inexpensive energy gave rise to the alternative life style that brought Mother Earth News into mass circulation. We all read it, even if we didn't gravitate to subsistence living on an acre of land.

Many habits I developed back then are with me now. Turning off my car engine while waiting in line, for a train or at the bank, for instance. My uncle, who worked for Ford, thought it stupid. Mom, who even opened the dishwasher to “air dry” after the wash cycle, cited “saving energy.” As I waited for the jazz band practicers to leave the building last night I decided if it’s even a little colder next time, I’ll leave on my warm car.

Natural gas for heating went into short supply back in 1978, the bitter winter my dad passed away “riding this freezing cold, slow train to Siberia.” Natural gas rationing was threatened, although it did not materialize. Mom kept Dad under an electric blanket, but he never was warm enough. In hindsight a goose down comforter was in order.

My parents kept the house at sixty back then, warmer than they grew up with. It was more economical, and, “saved energy,” to quote mom.  When we all moved in together here, nothing changed. Mom simply wore more clothes than the rest of us. And so it went, until a few years ago, long after Mom left us. We were cold; Jan turned up the thermostat to 65 in the winter. Creep has set in; now it’s 66 degrees. We think back to Mom and feel bad.

When we moved here and had to renovate the entire house to move in, I toyed with installing a geo-thermal heating system under the garden that was not a garden, then. The cost was close to prohibitive and my window of opportunity passed while I dithered. I guess I regret it. When I look at power generating windmills on our skyline I think at least this opportunity is not lost.

I like the giant white turbines revolving slowly in the sky. Someday they will be obsoleted by another energy source and be smelted into electric cars or personal transportation devices. I do not agree with all the policies and devices that have brought us to falling gasoline prices, but I like the cost. And that’s the end of a complete ramble on energy in my lifetime. Except, gas was 2.47 when I filled up tonight. 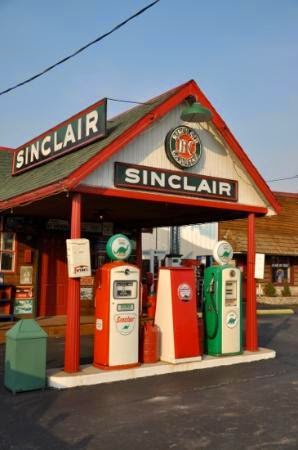 Posted by Joanne Noragon at 5:11 PM