I put a hundred turns of towel warp on Fanny's warp beam last week. I calculated how many towels that might weave into, and bought some thread to weave towels. When I was through winding warp and putting away those tools I realized I put this warp on under tension, something I neglected to do do to the first warp I put on. All my arithmetic is out the window and I ordered more weaving cotton.

My sister took some video of the towels in the weaving. Jenny-O asked some time ago, and the whole thing came together at last. Some earlier efforts were scuttled due to futile attempts to quit laughing over the video guy years ago who never knew how close he came to having a lens shattered. However, the video is too large to upload, so we'll try another day, and here's the story of the camera man and his lens.

A local TV station visited the studio for a bit of local color, and someone interviewed Jan as she wove, while the guy with the big camera with a lens the size of a child's face became mesmerized by the shuttle shooting from the end of the ever changing shedds. He dropped to one knee to catch the action of the shuttle emerging from the warp. Picture someone in the middle of the railroad track, camera raised to take a picture of the oncoming locomotive. That was this fellow's relative position.

I caught her eye as the shuttle emerged from the shedd opposite the cameraman. Someone should tell the fellow his position was precautions. She raised one eyebrow and threw the shuttle back at the camera. The eyebrow said "This man is old enough to understand flying objects are not always caught. However, I'm better at my job than he is at his."

So, this week I took off a stack of faded denim blue towels from Sheldon's thread, have them hemmed and available in the Etsy shop. I'm weaving natural right now, and all the other thread colors should arrive  this week. We'll try the video again, soon. Much shorter, unless I can locate the setting that downsized pixels. Far too many things to think about. 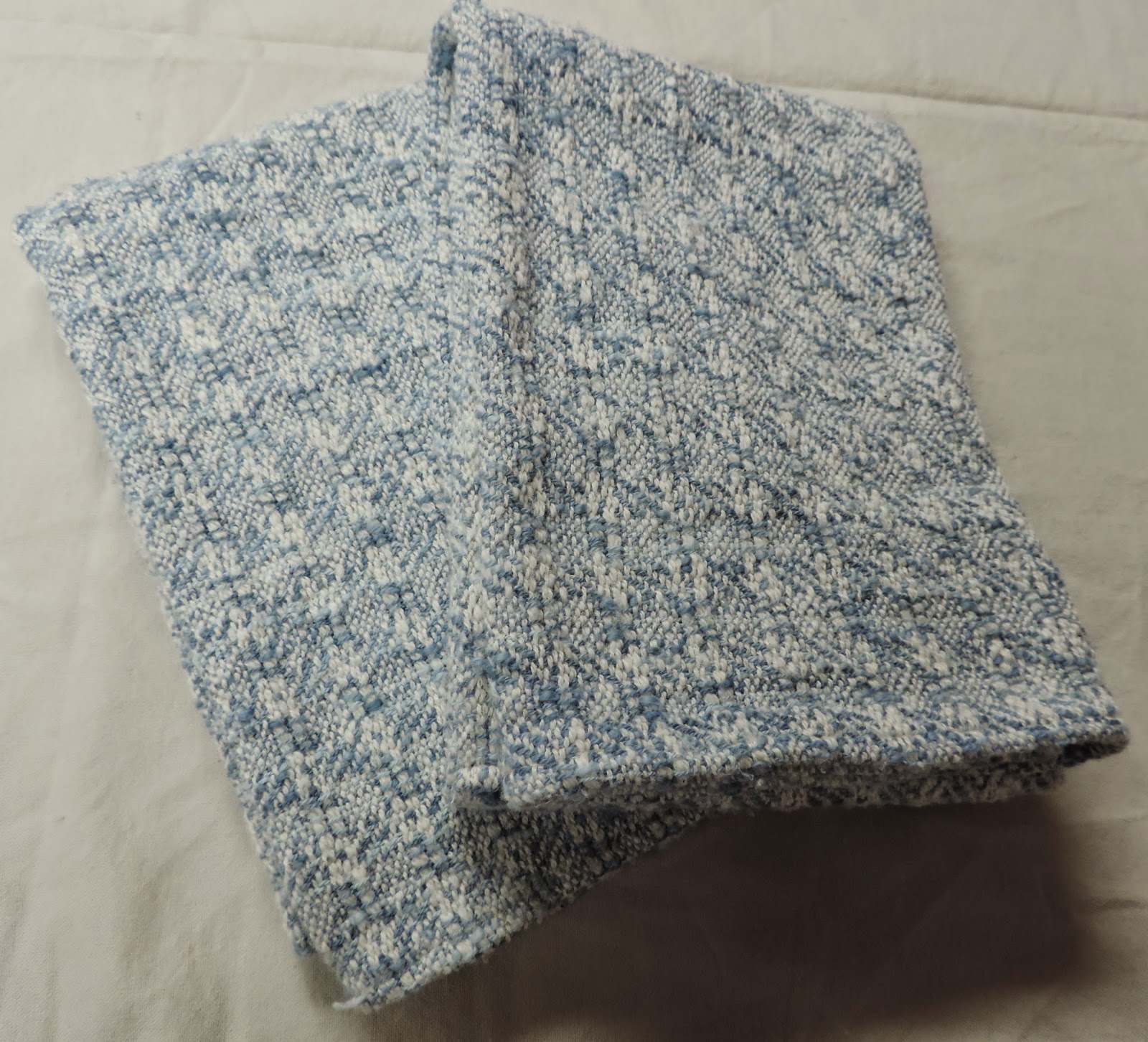 Posted by Joanne Noragon at 8:28 PM