It has been grey all week, with cardinals for relief. Not gloomy, however. 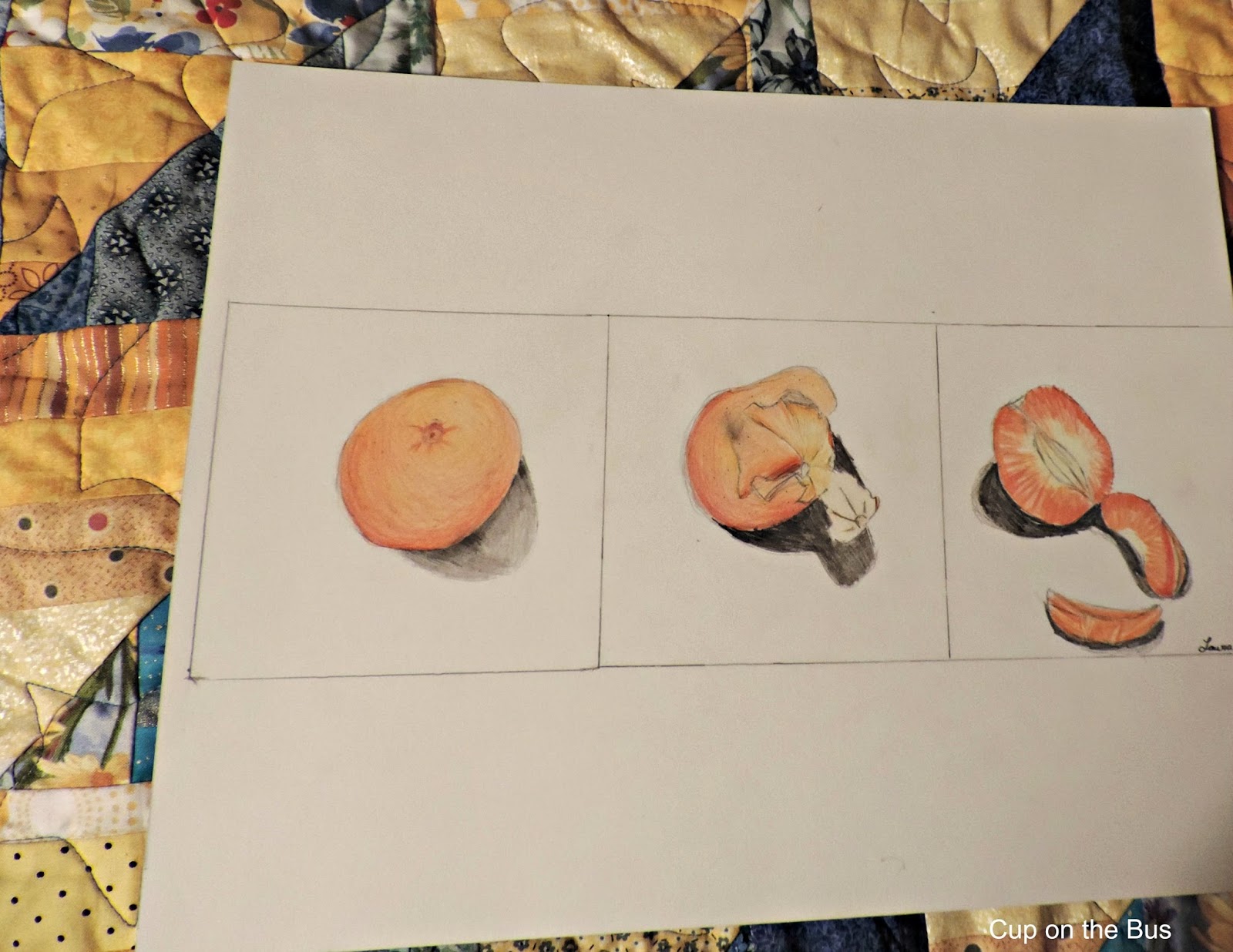 Laura's last classes have been Clementines.
Next time they will mount them.

I took a picture in Mrs. P's kitchen, but it was blurry, so I went into her room for a better picture.
It's the same, without the smiling face. 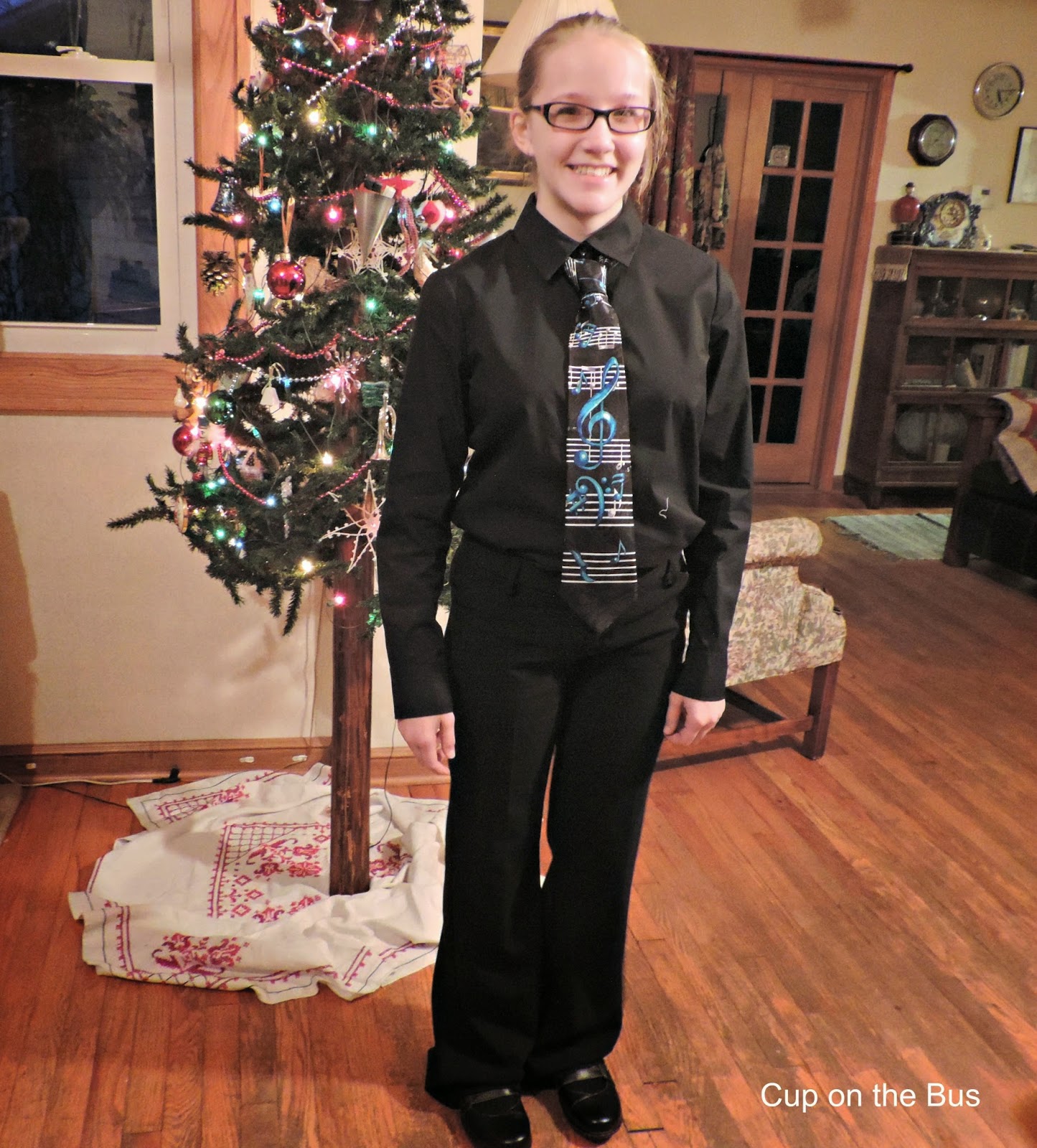 Laura, in her jazz attire.
The jazz ensemble did several numbers during the concert Wednesday.
I couldn't go this year; I had to go to work.
There's another concert the end of January. Pictures will be taken. 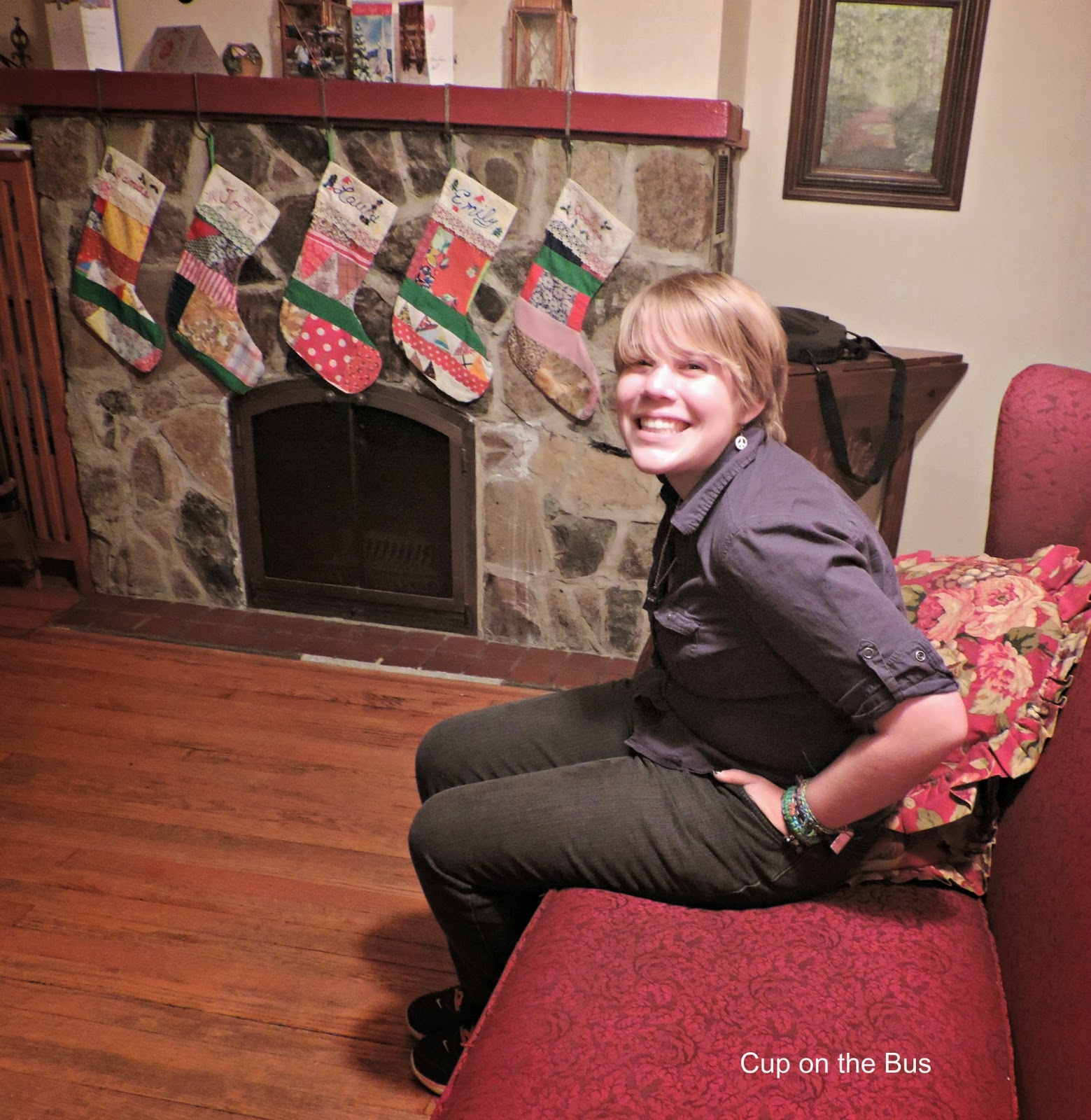 Emily, who smiles on command.

Just waiting for Grandma to end the photo shoot so she could sit in the top row of the bleachers and listen to the concert.
I do recall last year I swore I would never again sit in the bleachers for anything. 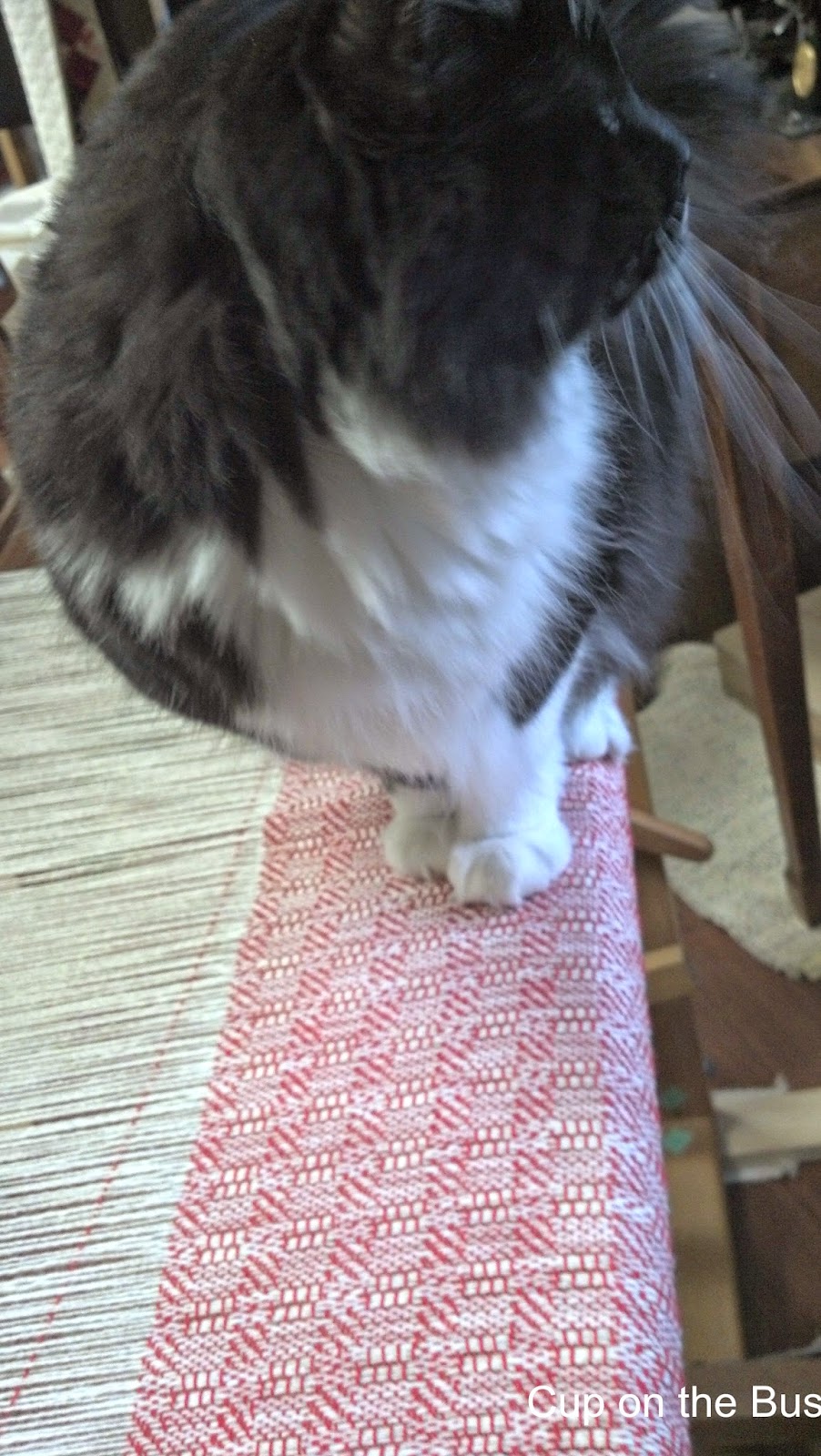 You know who showed up to weave, just as I sat down to work on the red towels.
He is crossing the two inch wide breast beam.
You can see where he struck off cross country and got his foot out of the quicksand before I could say anything.
He did disturb the fell line a bit.

It's been a decent week.
Grade A.
Posted by Joanne Noragon at 3:21 PM