For seven years I have lived with progressively worsening pain in my back.  I owe every bit of it to my life time of cigarettes and less than optimal eating, but I like to blame it on the carton of copy paper I swung into a shopping cart. My back exploded; the end of life as I knew it.

I took out L1 in that escapade, and over the years other vertebrae have settled and settled. Two inches worth, so far. There is a back pain protocol and I can recite it verbatim. I've been marched through it all, almost in lockstep, with a few balks along the way. I am very familiar with every inch of my spine and if some doctor’s explanation of his proposed treatment didn't stand up to questioning, it didn't happen.

There have been two surgeries on my spine, both completely successful. I am very fond of the C2/C3 fusion with a cadaver bone. It saved me from a surprise broken neck and the complication of paralysis—or worse. The other surgery freed nerves and eliminated leg pain. But the pain that seizes my back has not been controlled, worse luck. It truly limits my life; I hate it.

My back pain got me assigned to a competent arthritis doctor who has prescribed drugs that used to work better than they do now. NSAID’s and, two years ago, Lyrica. Heavy duty stuff. Expensive to the extreme. The latter is being used “off-label” I believe it’s called; it stops pain in the brain, not the back. I appreciate what they do, but not what they do to me. And, the effectiveness is diminishing. And, the cost is killing me.

One piece of protocol suggested was an “injection,” one of several nerve blocks available. I could not bear the thought, and declined. However, I did allow a cortisone injection into each knee, to block the pain of pseudo arthritis. That was eleven months ago. The pain went away and has not returned yet. That is an interesting thing about pain. It really is all in the brain, and once the connection is broken I think it takes time to reconnect. It can take forever, as far as I’m concerned.

So, I reconsidered the nerve block. There’s a protocol, I’m on the yellow brick road. But, here is the rant. My arthritis doctor did his bit with the recommendation and referred me to the pain specialist who would inject. In setting up the appointment I was asked if I had seen a pain specialist before and the answer is yes, in the very beginning.

The new specialist will not give me an appointment without the records of the previous specialist. I explained the previous specialist is in prison for sexual assault. I saw him twice and his behavior was unprofessional. Creepy. Aside from the pain drugs leaving me completely non-functional he gave me little notes as I left. I never went back. Imagine my surprise several years later finding him on the front page. I never wanted him near me again, and I don’t want his diagnostic notes, either.

But, no notes, no new appointment. I went to the office this morning so I could look people in the eye and make my request. I wanted the papers in my hand, but the charge for that is twenty dollars. They will be faxed for free. I enjoyed saying the doctor’s name to the receptionist, hearing the reception area go quiet. Small revenge for twenty dollars I will not spend.

The new scheduler is following her protocol—no notes, no appointment. I had to wait two months for the appointment with my rheumatologist to get the referral to the pain doctor. He applauded my decision to pursue this; I was so pumped up. And now another person with protocol power has to have the notes of a doctor I consider a complete fraud in order to proceed.

I would reach through the phone and smack her, but she is not returning my phone calls about setting the appointment date prior to the new doctor reviewing the old notes.  The initial appointment, before her discovery of the other doctor was several weeks out. "I cancelled it," her only reply to my request for a provisional date.

So, that is my rant, and I do feel entitled to it.

Although I have not smoked for six and a half years, the protocol gods were not appeased. 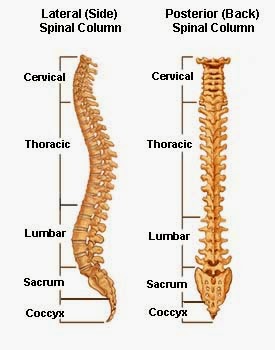