Today is primary day in Ohio; we’re sorting out who will be on the November ballot for governor on down. In Ohio primaries are run right along party lines. I tell the people at the desk to give me an R ballot for Republican candidates, a D for Democratic candidates, or I for Independent, casting my ballot for issues only, not candidates. Actually, it’s a little more complicated than that.

A lot of voters skip the primaries, unless there is a hot issue. I remember being a righteous little prig somewhere about the age of ten. Our teacher had told us how important it is to vote, even in the primary elections, going on that day.

At home, for lunch, I asked mom if she had voted yet.  No, she only voted in the general election in November. “If you don’t vote in the primaries,” I importantly intoned, “you’re letting someone else select the candidates!” I ate my tomato soup and went back to school.

After school that night mom said yes, I was absolutely correct. She’d walked to the polling station and cast her vote. That made quite an impression on me. I've voted in every general and most primary elections since I've been old enough to vote.

But I've pulled a partisan ballot only three times in fifty years. (Seventy-one minus twenty-one equals fifty! Unbelievable!) Back in 1968, when we needed to elect George McGovern to run against Richard Nixon and end the war, I took a D ballot. It was a good windmill to tilt at, although it left me at the mercy of the Democratic propaganda for the next forty odd years.

2006 was a tight gubernatorial race. I expected Ted Strickland to win as the Democrat, but it would be a close and ugly race, in my opinion, if the Republican candidate was Ken Blackwell. So, I pulled an R ballot to cast my primary vote for his opponent, Jim Petro.  Ted Strickland did win.

The presidential primaries made for a busy polling station a year later. I signed in, moved to the next station and asked for a D ballot. “Challenge!” rang out. A “what the hell” moment for me, which is pretty much how I put it to the young man. It seemed since I had been an R in the previous primary I must forego one partisan primary before switching parties
.
With a good measure of “young man’s” thrown in, I said my first partisan ballot had been cast long ago and never again until the previous year, until I needed to help sort out the Republican candidates. He attempted to stop me there, but I had more to say, and told him Hillary needed my help, else I wouldn't be bothering with this partisan foolishness.

“I've heard enough,” he moaned. “Give her any ballot she wants.” 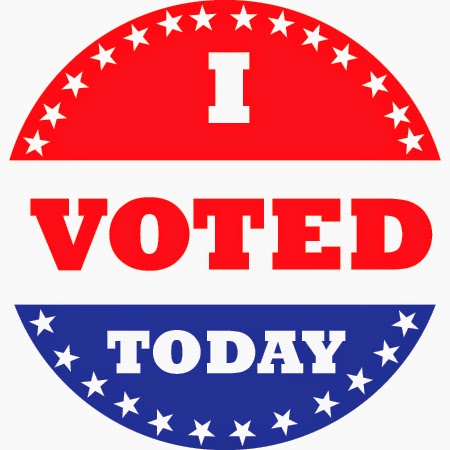 Posted by Joanne Noragon at 6:16 PM

Email ThisBlogThis!Share to TwitterShare to FacebookShare to Pinterest
Labels: life