You may recall from my way back blogging days, I have more grandchildren. Today I went to the Grandparents and other special people day at Francis and Caroline's school. These events did not occur when I was in school; when my children were in school I was not the grandparent. I do recall my in-laws and my parents making a child's day by showing up for a grade school produced pancake breakfast.

France has been at this school for about seven years; I've been to an event there three times. France and Caroline attend a Montessori school in Cleveland Heights, which is a rabbit warren of traffic circles serving seven or more roads, streets that do not bother to go north or south, problems like that.

The last time I attempted to reach the school for an event, I found the map provided located the school on the incorrect side of the road, and the street address was not on the school, which is behind a wall.

It was also the first day I'd ceased smoking, so the piece of my mind the school secretary and my daughter each received was blistering.   Google Maps does know which side of the road to use now, and five years later the administration has installed the street address in large numbers on the wall. I was happy to go. I wonder why I am the only person who notices the practical side of life.

My grandchildren who live here attend a public school. I have remarked from time to time, it too seems co-opted by parents. You recall the spring band trip to Williamsburg. For a mere five hundred dollars per child I could send Emily and Hamilton to a band contest there. I told the band director money does not grow on trees in some Hudson school district homes and she added insult by saying Emily could earn her way by selling band candy door to door.

Band is no longer a school function; it is owned by band parents and band boosters. Their will prevails. The band left on Wednesday for this trip, almost four hundred strong, returning Sunday. Only twenty band members remained behind. Commencing Monday the students have Advanced Placement tests; the tests for which the children receive college credit and for which we paid sixty dollars per course for the student to take and be tested on.  My question to the band director remains unanswered: Are these children in school to march or learn?

Back to the event today. France and Caroline are in the same unit; 6th and 4th grades respectively. The unit held a science fair. We were invited to look at the work. All the children I listened to were engaged, committed to their project, more than happy to explain it to any grandparent who stopped,  as we all did at many stations.

Without further ado, rant over, here is a lovely science fair:

Caroline and some unsuspecting grandmother. Caroline's problem: determine if chicks breathed inside the egg. Conclusions: her test was inconclusive, she needs to do further research. 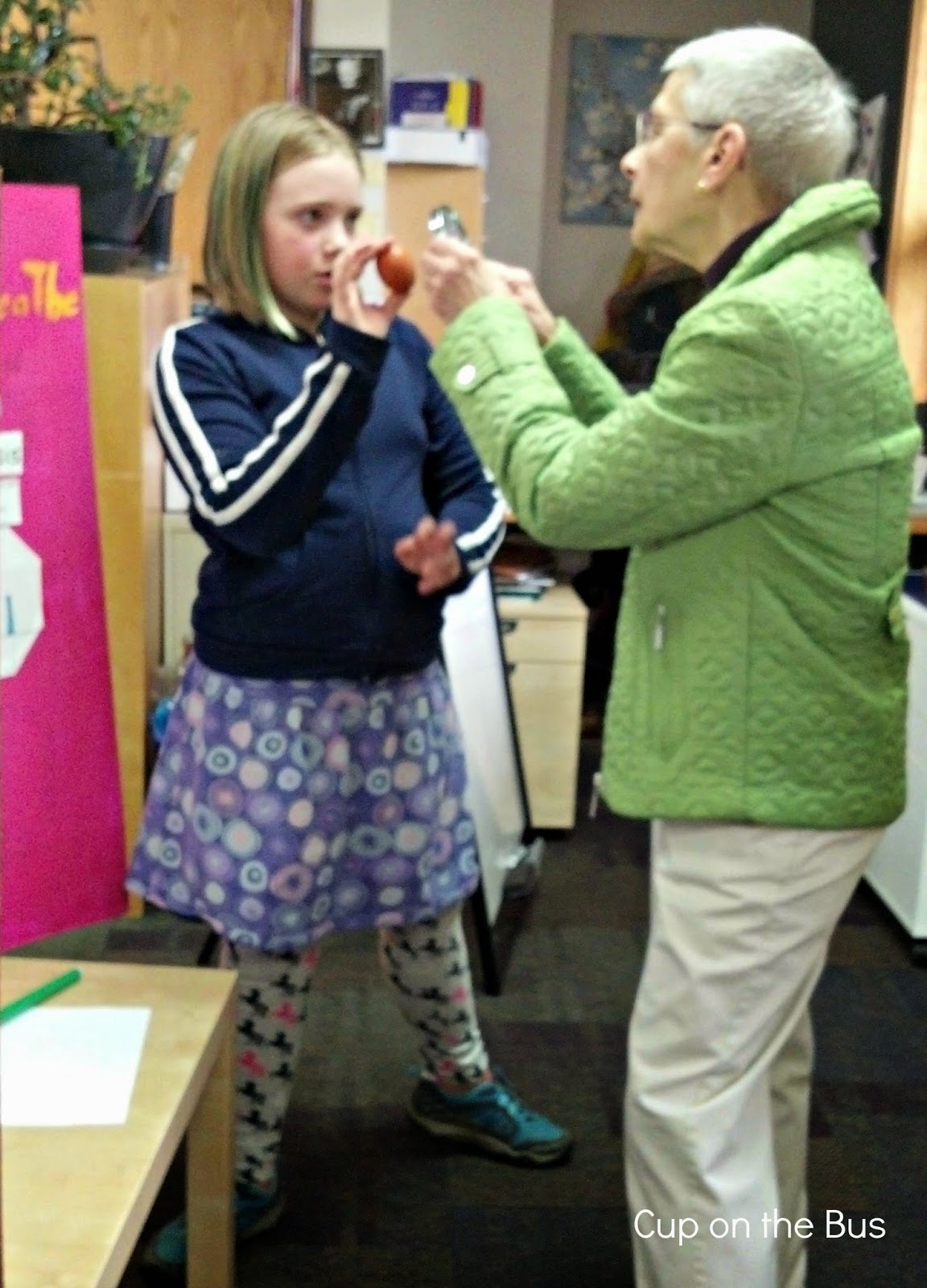 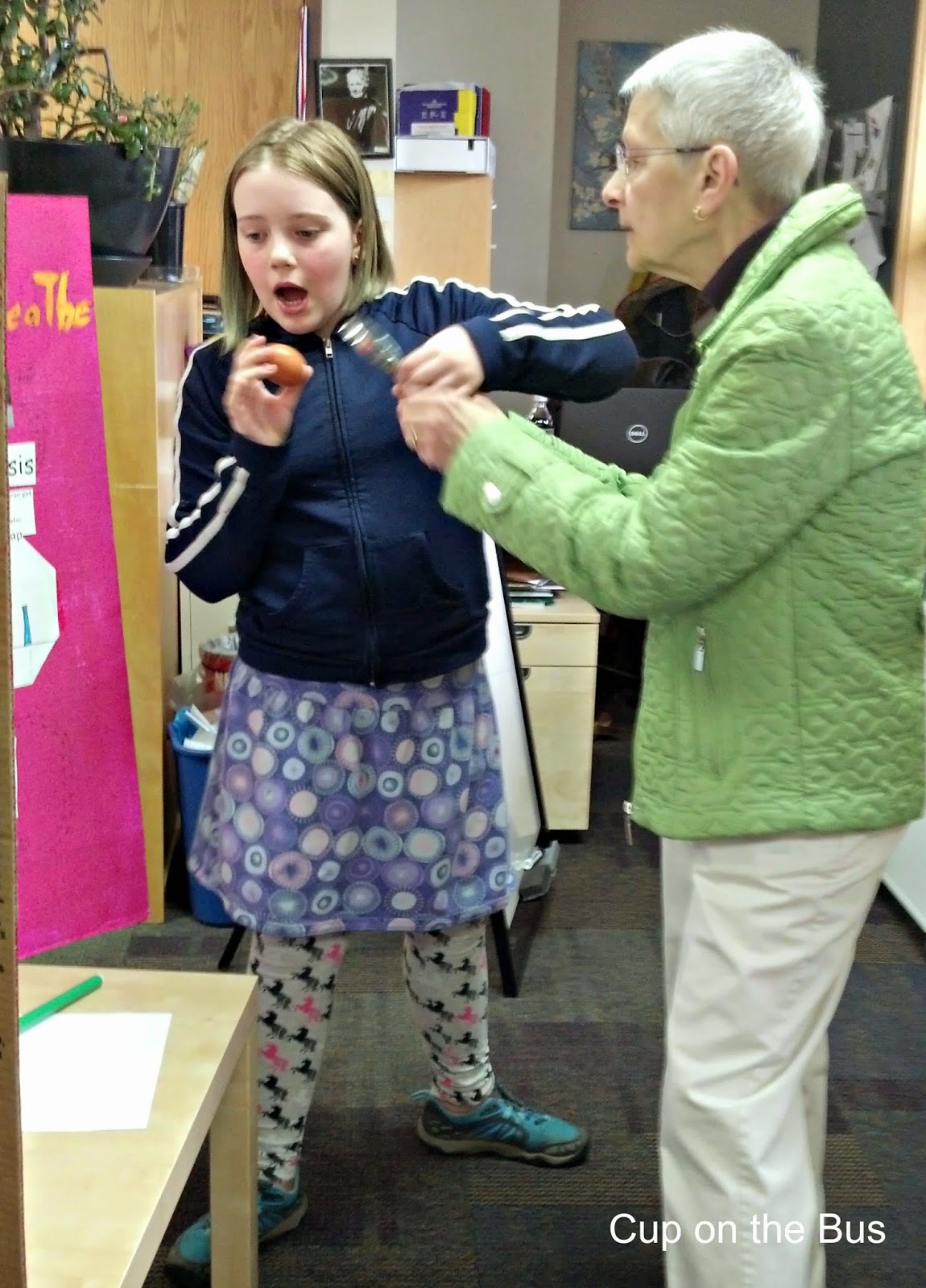 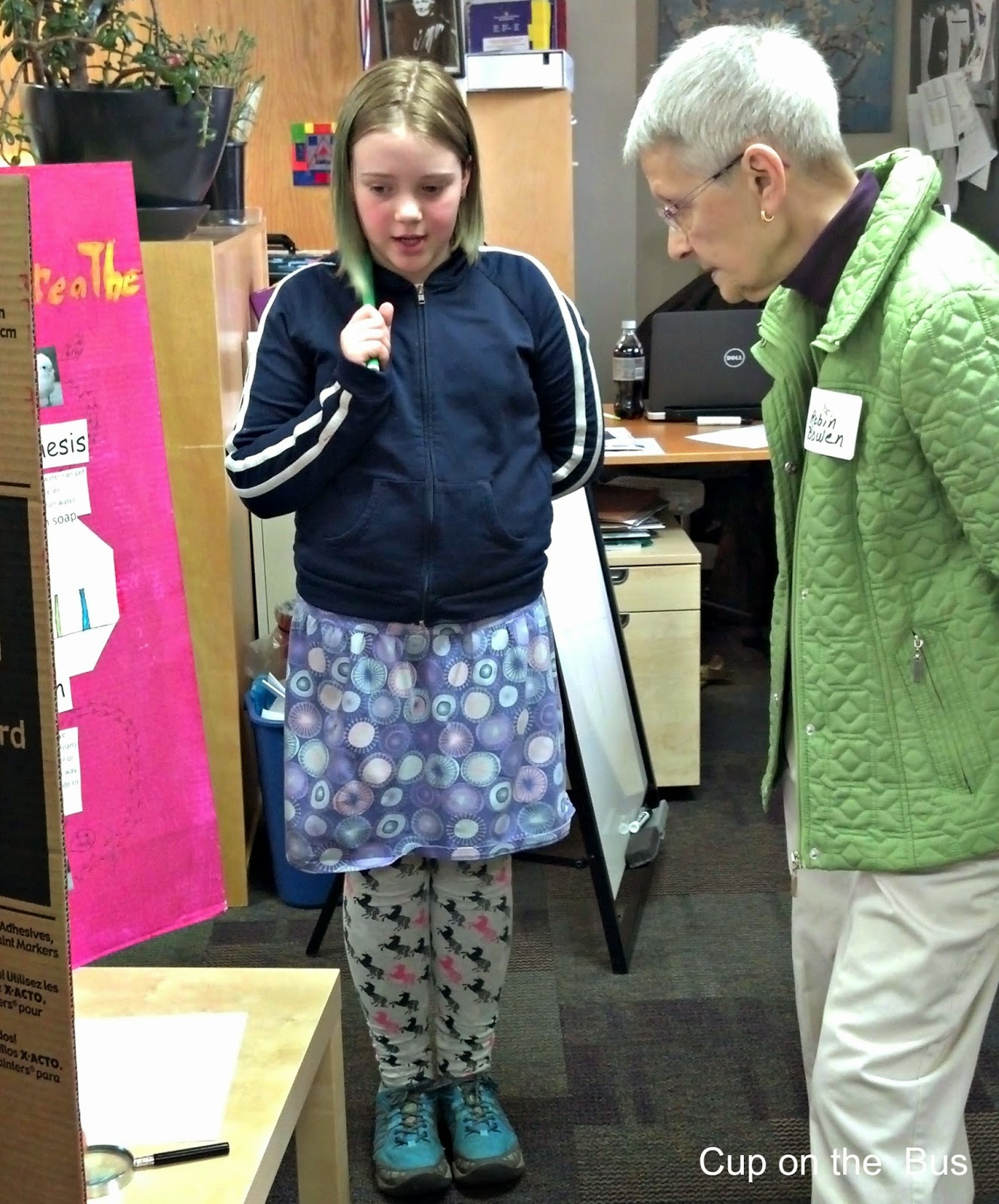 Francis explaining to more grandparents. I didn't completely grasp his thesis, but it seemed to involve the density of Armoral, which I think is a car polish. He demonstrated you can shoot an arrow through a bag of the stuff when it has dried out, but an object with more surface area, like a piece of PVC pipe, can't be forced through. 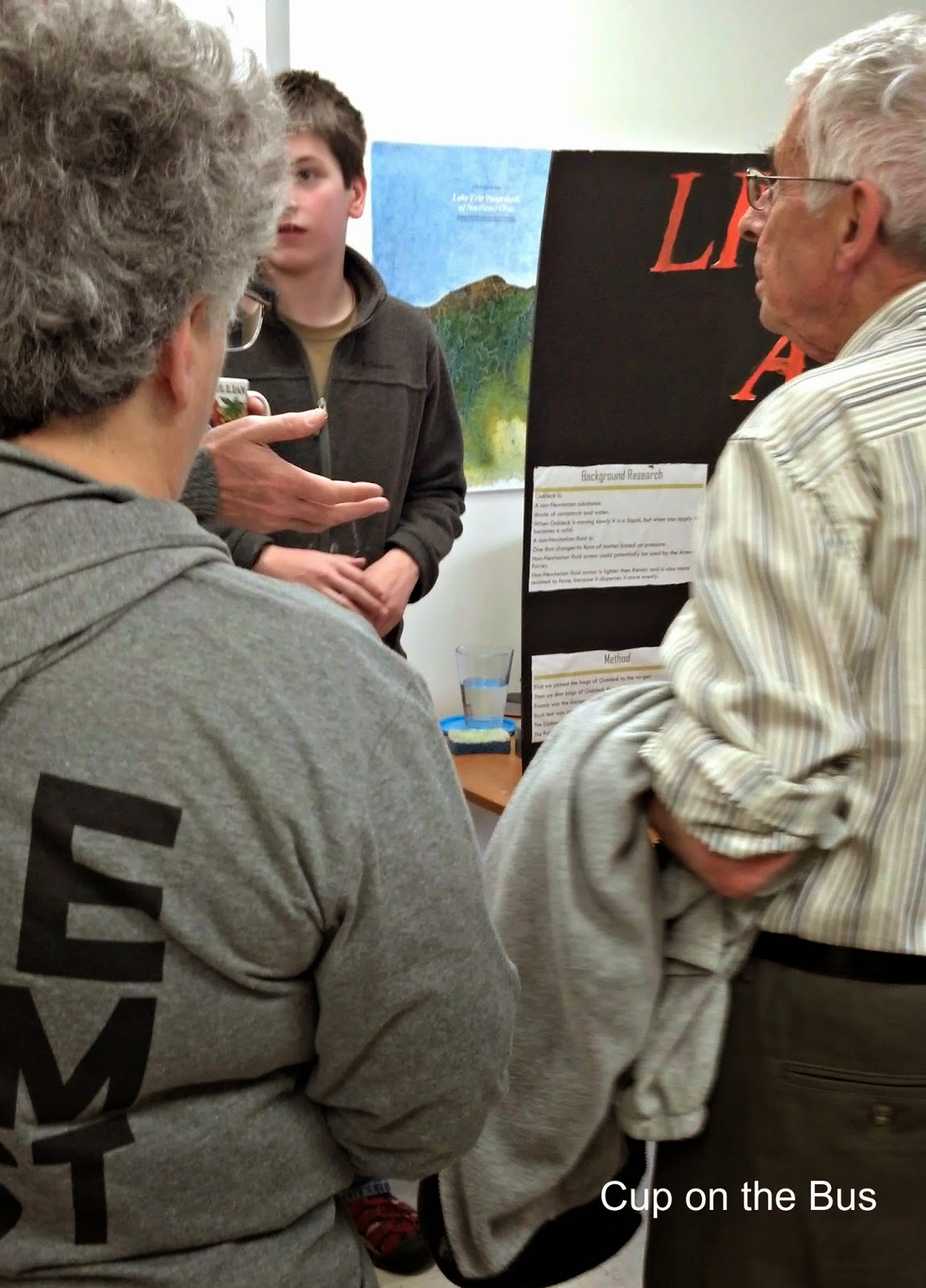 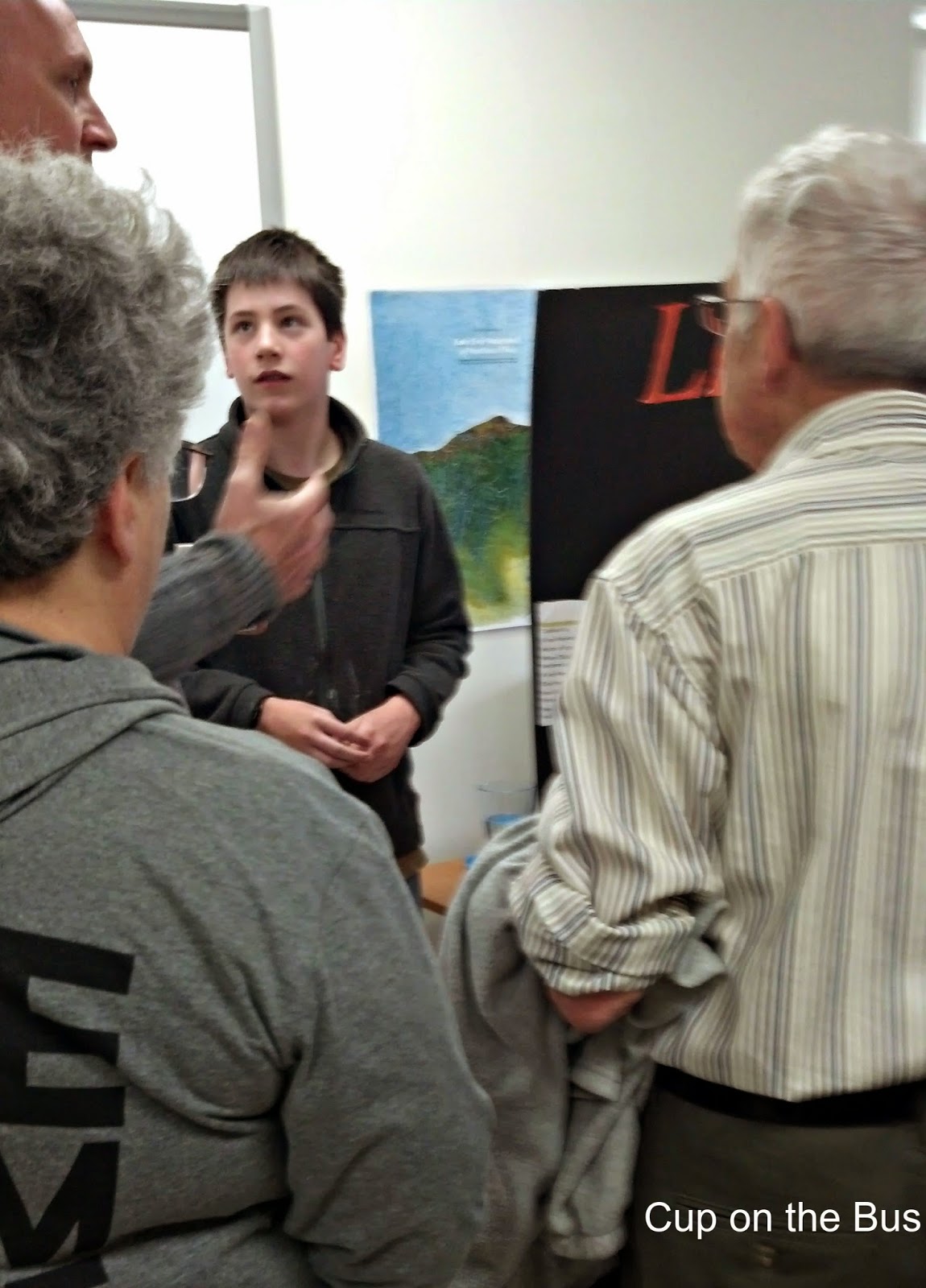 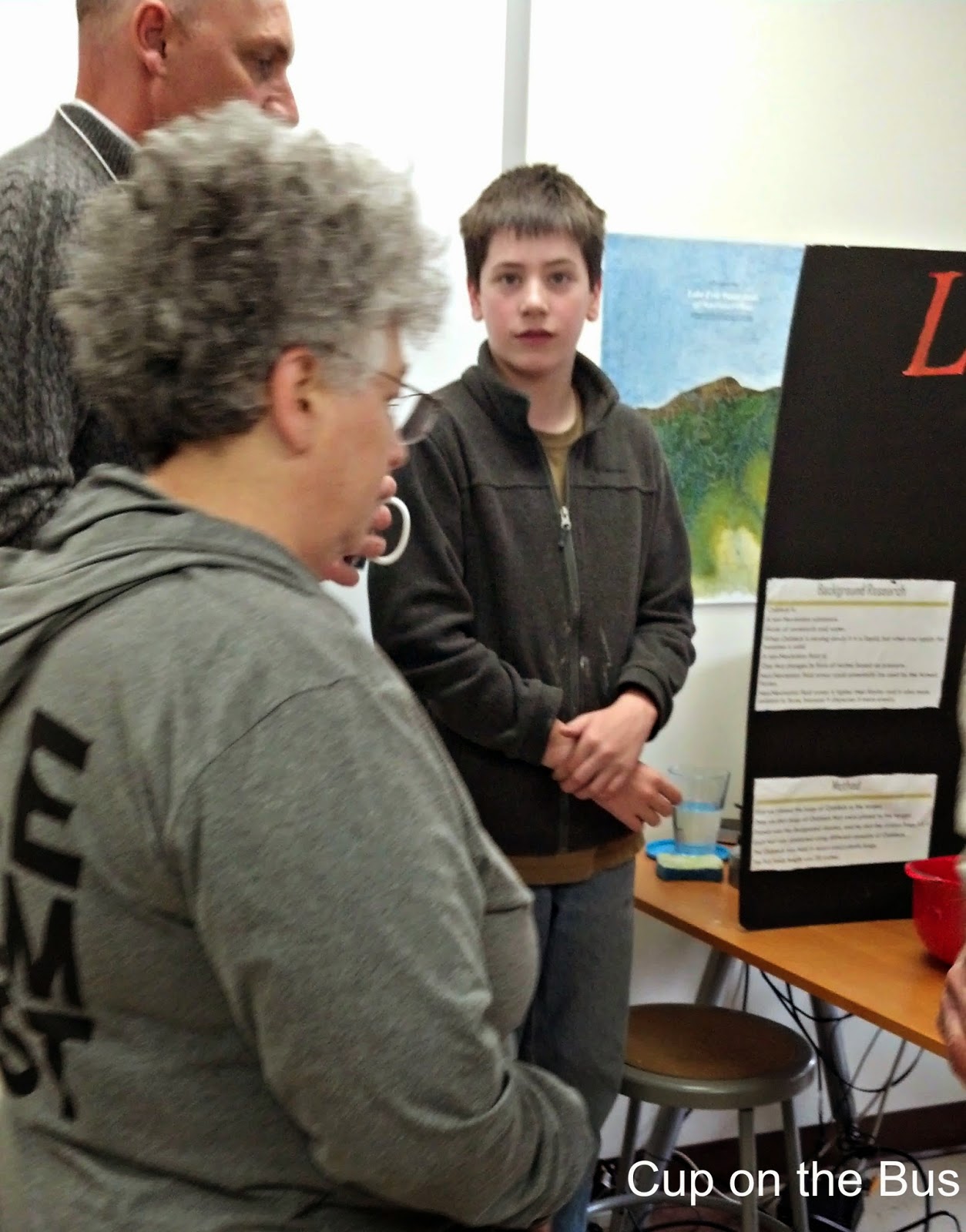 This young man explained lift and drag to me,
demonstrated by good old paper airplanes.
I asked to photograph his board and he volunteered himself, too. 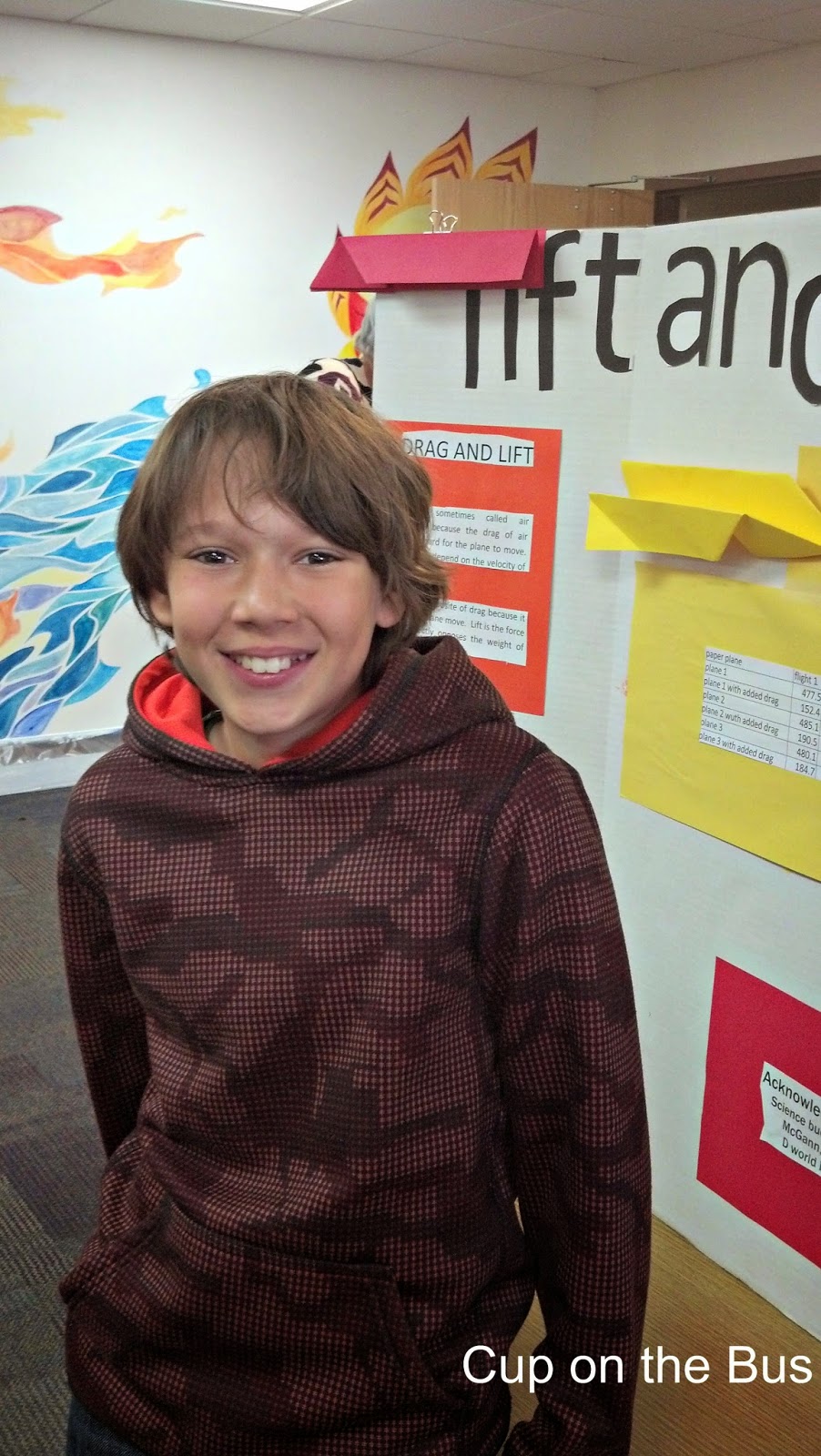 Carbon dioxide is contaminating our oceans! 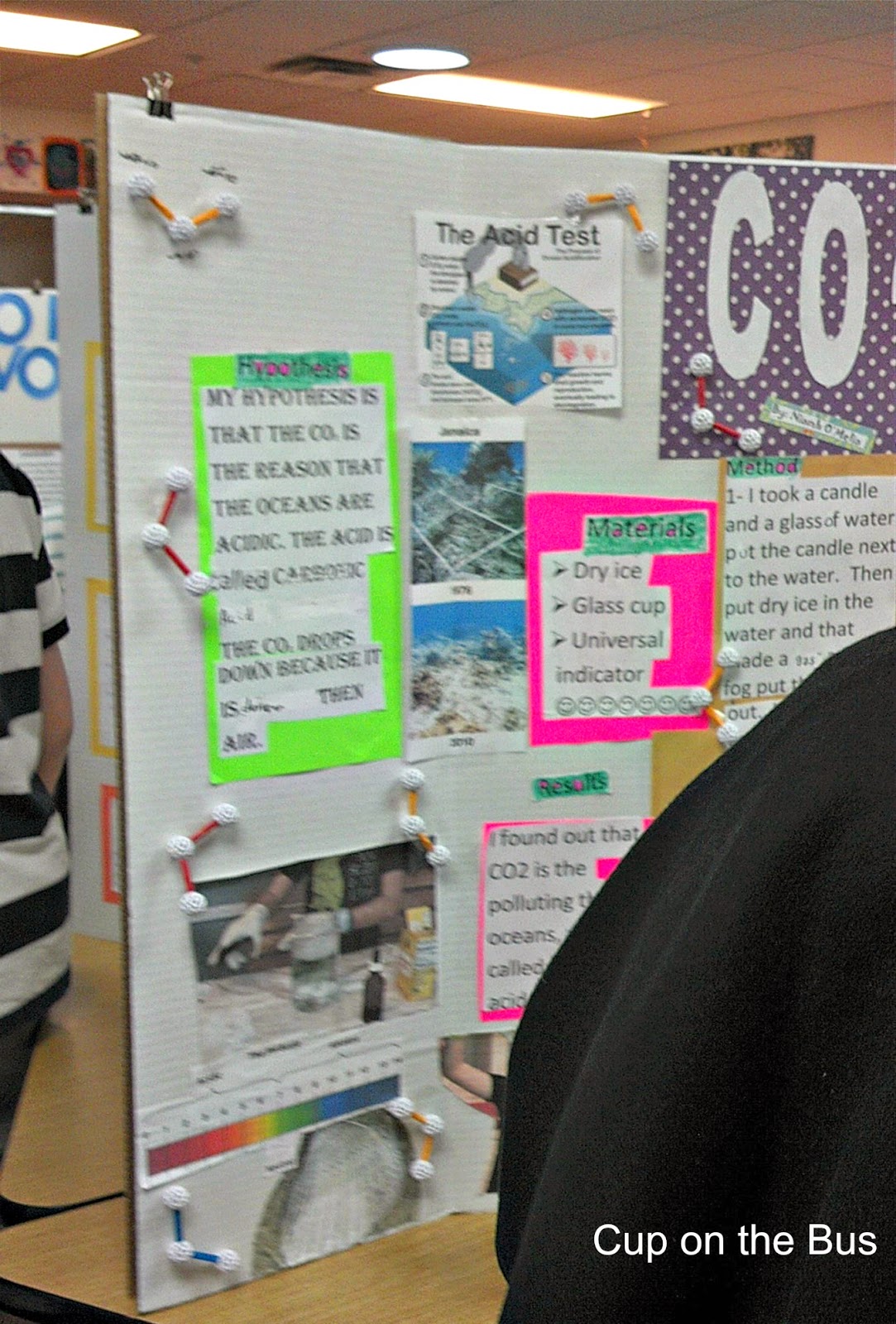 Take your best shot!
I don't remember, but they have the data to support their conclusion. 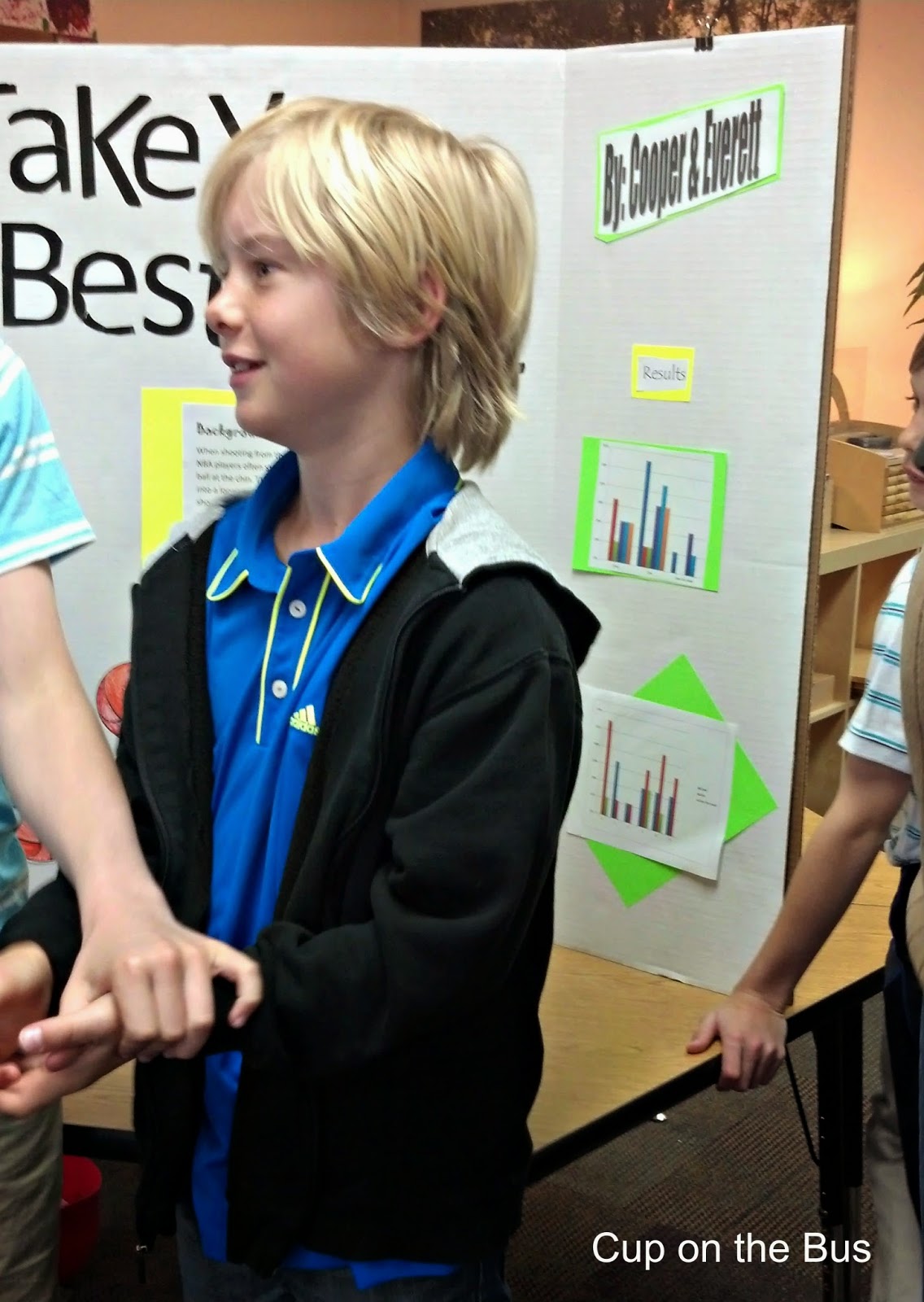 And sooner than later, Grandma Ruth and I signed out our two and went to lunch.