When I started college, I went year round, and graduated in three years.  I fitted a number of “core requirements” into summers, to get them over in six weeks.  Buildings were not air conditioned way back then, and in retrospect I believe every summer course I took was held in the hot, hot garret of an old, old building.  These abbreviated classes generally were two to three hours in duration, depending on the credit hours.


A psychology class I took one summer was held in an amphitheater style class room on top of the chemistry building.  The room was hot, stuffy, somewhat malodorous; the sun glinted on brass railings from windows high under the eaves, the professor droned, a tiny figure telescoped down there on the stage, writing his points on the board, occasionally turning to face us.


Every student in the class showed up the day of the anticipated mid-term examination, and learned the exam would be the following day, as the professor had another topic to cover.  He ignored the collective groan and ploughed on.  As he droned and pens scratched, subdued whispering and some rustling commenced in the upper rows.  A young man was using the opportunity of the prof’s turned back to descend a few rows, ducking adroitly into an end seat or behind the back of a seat when the professor turned toward us.  We knew he was heading for the fire escape door, open wide for any hint of breeze.  We all were rooting for his perfect escape, repressing the urge to cheer, or even breathe loudly.


The professor caught the mood, and the rustling and surveyed the class between writing bouts. It became a cat and mouse game.  The professor wrote, then whipped around.  Nothing.  He asked “Is something the matter?”  Nervous titters.  The next time around he checked his fly.  The class still hung on, with difficulty.  The escapee was a few rows from his goal, which included a few feet across the edge of the stage occupied by the professor. Dead silence except for chalk and the voice talking to the blackboard.  The student went through the door and down the stairs.  The room burst into laughter and applause.


This time the professor tugged his zipper to be sure it was firmly in place before demanding “What is so funny!?”  We didn’t tell him. Social Psychology in action. 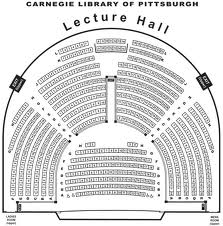 Posted by Joanne Noragon at 4:25 PM