The other side of the mountain

Mom was a vacation improviser.  If there was a river across our route she scoured the map for a ferry crossing.   If it only took us a day out of our way, she navigated dad to the ferry.  If we were going west and she could finagle it, we took “the northern route” across the Straights of Mackinaw and the U P of Michigan.  I’m sure only natives spent more time driving the pine forests of the Upper Peninsula of Michigan.


Mom’s other passion was “grey line roads.”   I was probably six or seven when mom convinced dad a grey line road would be the best way across a mountain in Pennsylvania.  To her credit, she did have experience with secondary roads thanks to her father’s great family excursions, and the family always came back intact.  But that secondary road across that Pennsylvania mountain tested her faith in map accuracy.  Or maybe it was a red line road on the other side of the fold.


I don’t remember our destination.  It may have been the year we went to Coalmont to revisit Dad’s grandparent’s house.  I was six or seven, Melvin was a toddler. About 1950.  Mom was watching the map and the road ahead for the road on the map.    She found it and dad turned onto it.  It was a typical secondary road.  Crushed stone, two lanes, graded.   A road through a forest.


Dad continued as the two lanes became one, and he was not pleased.  Little kids in the back seat knew that.   In the back seat we actually sat down and hung on. We heard what kind of a logging road he had got himself onto and the familiar “Now, John” as the 1948 Dodge rattled through the two ruts, climbing and climbing, cresting and starting the slow, tooth chattering descent.  We went down, down, down until we were back on a passable grey line road that ended as an alley between buildings in a little town.  Dad proceeded to the road ahead.


“Slow down, John.  Let me see where we are.”  Mom leaned out her window and called to a pedestrian “What town is this?”


“Beaver Falls!  John, your friend Pete’s parents live in Beaver Falls.  Don’t they have a grocery?  Let’s find it and buy some things for lunch.”  She quizzed a kid on the sidewalk and we were directed to a little Italian deli.  Mom went right in, introduced herself to the man behind the counter.  Such a commotion.  The man called his wife to come meet Pete’s friends.  We were taken right upstairs to a wonderful apartment over the store and mama put out a beautiful lunch for us.  The adults ate and talked, and Walt and I just ate.  It was too much to take in.


When it was time to go we went back down the stairs and through the shop.  In the middle of the store Pete’s father stopped us, opened the silver lid of a big silver box and brought out silver wrapped objects he gave to Walt and Mel and me.  He showed us how to tear the foil and they were ice cream bars!  We’d never seen such a thing.  I’m sure we had to be reminded to say Thank You.  I don’t know where we went, but I do remember where we stopped after we went over the mountain. 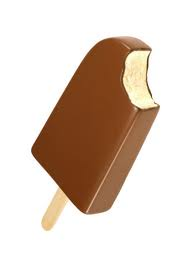