Current events have me re-reading World War II memoirs, notes, analysis, I think for the purpose of strengthening in my mind the relationship and bond between America and Britain. I wonder who knows where our ships of state will drift.

As you know, I think Britain’s exit from the European Union is a mistake. I think the election of our current president, Trump, is a mistake. Both were attempts to return a sense of nationhood to the majority who voted.

Isolation is no longer a solution. It wasn’t in World War I, either, but it took ships a lot longer to cross an ocean then, and planes barely could. As for our current situations, the cat’s among the pigeons, as the saying goes.

If Britain attempts to force a new referendum on Brexit, the rule of law, their constitution is undermined. Then they might as well try for two out of three. I think get on with it. Exit on March 31st and see what the members of Parliament can do to make it more palatable. But do it.

This country has got on with it with Brump. It’s not fun; it’s good for very few. A solution is coming: 109 weeks down, 98 weeks to the presidential election. Our opportunity to redirect the ship of state.

The outcome of Brexit can only be known in giving it a try; make the effort. If it’s as ill-fitting as Brump has been over here, re-join the EU.

Don’t say it’s harder than that. Of course it is. Life is hard. Solutions are hard.

People are dying from Brump. Jobs gone, lives changed, countries changed. But make changes through agreed upon rules of engagement. There are too many problems to re-solve. Starting at GO with revolution is no solution. Laying a course from here forward can be.

I don’t know why I shoved these words and paragraphs together. Perhaps to draw the straight path up to the madness. Neither country is ready for the chaos that will ensue. Like us, I think, Britain is not prepared. Time’s up. Who will clear the next border export? Can that ship come into port? Whoops, the mail’s piling up.

Who will pay to Secret Service to guard the president? Hell’s bells, how will we last the 109 weeks? That damn Paul Ryan, announcing there will be a shutdown if there is no wall, and how many of those lame ducks will come back to vote, one way or another.

And in the meantime, we get up in the morning, go to bed at night, feed the dog and cat, make supper. Come on, you government guys. Load the dishwasher. Put the laundry in the dryer!

Let’s all have a happy Christmas, and see you when it’s over. Perhaps there will be a glimmer then. 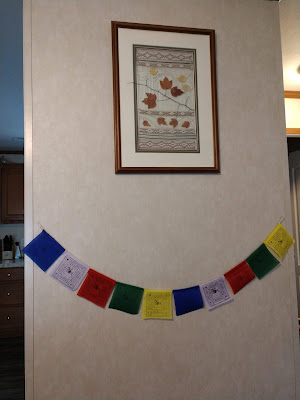 Posted by Joanne Noragon at 6:34 PM