On becoming a citizen


Ten year old Laura announced recently that she favored Mr. Romney for president.  There’s little television for them to watch, and no more radio than the weather radio, so I asked her what brought her to that conclusion.  “Phyllis likes him,” she said.

It’s a pleasure to have children underfoot again.  In the giant scheme, they don’t change much.  A little more precocious, perhaps, but growing consciousness remains a treasure.  I love that every little child wants to grow up to save the world.  I remember Spiderman this summer, casting the net on Dr. Octopus, or worse. 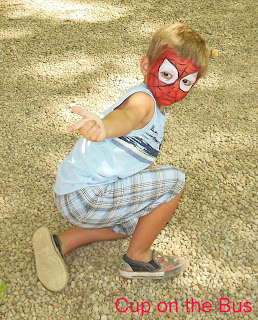 I’ve teased many of my nieces and nephews about becoming citizens.  Even my daughter admits she has become a citizen.  To achieve that status you only need to begin contributing to the society in which you live, paying back.

Ideas need tested, sorted, adopted, discarded on the way to growing up. I recall suffering through many of them with my daughters, years ago.  And watching phases that made me smile.  When she drove Grumbelly, twenty five years ago, Beth certainly was a communist: from each according to his means, to each according to his need.  That made me smile as it would never come to be.  She put in years of work and experience to buy and then make her little restaurant, The Grovewood, an award winning little place.  She reckons she has improved her corner of the world doing something she’s proud of that also provides a living for thirty people.  Or, according to mom, she’s a citizen.

Laura lives in a house where the prevalent political current is generally against her, although I have to admit, if she could vote, our household would come out a zero.  It will be interesting to watch the phases as she goes along.

Sadly the debates are televised past her bed time.  I wonder what her opinion would be of last night’s vice presidential affair.  She and I have watched some History Channel programs and I am intrigued by her grasp and often interesting analysis of the information.  Reminiscent of my daughters making and acting on opinions.  There was a trial bus service to the county in the seventies.  It went on the ballot for funding and both girls, who were near Laura’s current age, campaigned for the issue.   It failed and they were disappointed.  The bus could take them to the library and the mall on four wheels, not the two each peddled.  Of course today, almost forty years later, there are LakeTran busses and bus stops everywhere in Lake County.

I’m thinking I may let Laura stay up late for the next debate.  I wonder if anything she sees or hears will overcome her very best friend’s presidential endorsement.

Posted by Joanne Noragon at 3:45 PM