The Cuyahoga Valley National Park put on a Heritage Festival, years ago, and we were fortunate enough to be invited the three years it was held.  The headliner the first year was Pete Seeger.  Second year, Arlo Guthrie.  Third year Joan Baez.  These were fairly small events, not the crowds I encountered years later at SPAC.  There was acoustical music and beautiful weather all three years.


I knew Beth would enjoy the music, and be a help, so we asked her along.  We had to demonstrate and Jan brought a loom for Pete Seeger.  We took spinning wheels for Arlo Guthrie, and a loom again for Joan Baez.  Beth also brought her boyfriend de jour for Pete Seeger.


The morning pace was peaceful, with plenty of patrons on the grounds, wandering between break out stages with local and some national folk groups.  Sales were steady, but not heavy until later in the day, when more patrons were arriving for the headliner shows.  Jan was weaving, Beth and boyfriend were wandering, with instructions to be back to help before the anticipated afternoon rush.  When that came it was far more than I anticipated.  People who browsed in the morning were suddenly in line with purchases.  I looked around, no Beth.  I heard Jan talking to someone who had stopped to watch her weave.  I worked through the customers, writing them up, bagging them up, probably for twenty or thirty minutes until I was done with the last customer and could turn around to Jan and bust her for not coming to help me.


I saw a retreating back.  I’m here to tell you, Pete Seeger is as recognizable from the back as from the front.  “Oh My God.  You have been talking to Pete Seeger all this time!”  My sister said “Oh, is that who he was.”  I’ve not forgiven her.

The Arlo Guthrie year was pleasant, but no adventures.  He didn’t wander around to see what he could see, although we could see him holding several little break out sessions.  The third year we heard Joan Baez, but didn’t see her at all, although the husband of a fellow artist told us they had been invited to meet her back stage after her performance.  La de dah.


Celebrities notwithstanding, the Joan Baez year was the best.    I wanted to get kids involved that year, so Beth and I took a loom dressed in every left over tube of carpet warp we had in the studio.  It was the best rainbow warp ever! We took several shuttles, a basket of rags, a bottle of white glue and a roll of masking tape.  And a big sign that said Weave a Placemat.  Before the show opened we practiced on a couple of exhibitor kids, and knew we had a hit on our hands.  With basic instruction kids wove their place mats, glued the headers, stuck a strip of masking tape with their name on their placemat. Kids in line wound the shuttle for their turn.  We took the finished mats off the take up beam when three or four were done, cut them apart and set them aside.  When the kids came back they learned how to knot the fringe and then left with their mat.


We went through an entire warp each day and re-warped each night.  A lot of placemats went home with a lot of kids.  My favorite was a little tike, maybe four.  Feet didn’t reach the treadles.  A lot of feet didn’t reach; Beth or I stood behind the loom and operated the treadles from the back.  This little girl had a hovering mother.  We got her started and mom immediately offered advice.  Little tyke said she could do it herself.  Mother pressed on.  Little tyke laid down her shuttle and told mother she would do nothing until mother left the tent.  Mother backed up.  Little tyke said “I can still see you.”  Mother stepped out.  Little tyke sighed and said “I have to assure her I can weave by myself.”  And, she made a placemat. 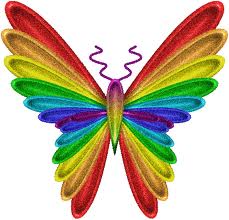 Posted by Joanne Noragon at 4:08 PM