How cold is it, you ask? The week that wouldn't end, but did end with Valentine’s day, bottomed out at minus 13, with wind too bitter for breathing. Plus, inches and inches of snowfall that made Valentine’s Day a whiteout. The snow on our road was hubcap deep, in spite of all the passes by the road guys. The “main” roads were little to no better, and I told Emily, as I drove her to work Saturday, “When you’re out driving because you must, have good tires on your car.”  The little red bullet made it through.

A lot of people were on the ski slopes. That surprised me. I guess new powder and lots more falling is skier paradise. There was no paradise on Sunday; with a forecast high of minus one degree and air too cold to inhale, the ski slopes closed for the day. Monday was a school holiday, and Emily intended to learn to ski. But, with a forecast high of five or six, her instructor friend’s father would not let the instructor leave home.

Emily did keep her interview appointment at the garden center across the road on Tuesday, and has been hired to the position of general factotum. She doesn't know that’s what she is, but when she helps after school, starting in March, the greenhouse super told her that’s when everyone is in a hurry to wrap it up for the day and her job will be to help whoever needs the most help close out their day’s job. Sounds exactly like a general factotum to me.

Tomorrow morning’s high will be another minus 14, another day without school. Another day for me to stay home, too. The only excitement at work is a missing shipment of salt. We have been invoiced, but no receiver to match the invoice. It snowed so much last Friday, when salt was being delivered all over northeastern Ohio, I figure some other road superintendent stepped out in the road, flagged down the truck and got the salt delivered to that municipality.

I spoke to the road super this morning, and he is on it. He likes a mystery as much as I do, and he has the salt barons scurrying to find a signed copy of the delivery ticket. We also hear the village just north of us is out of salt. How little it takes to amuse us when it’s too cold to seek other recreation. 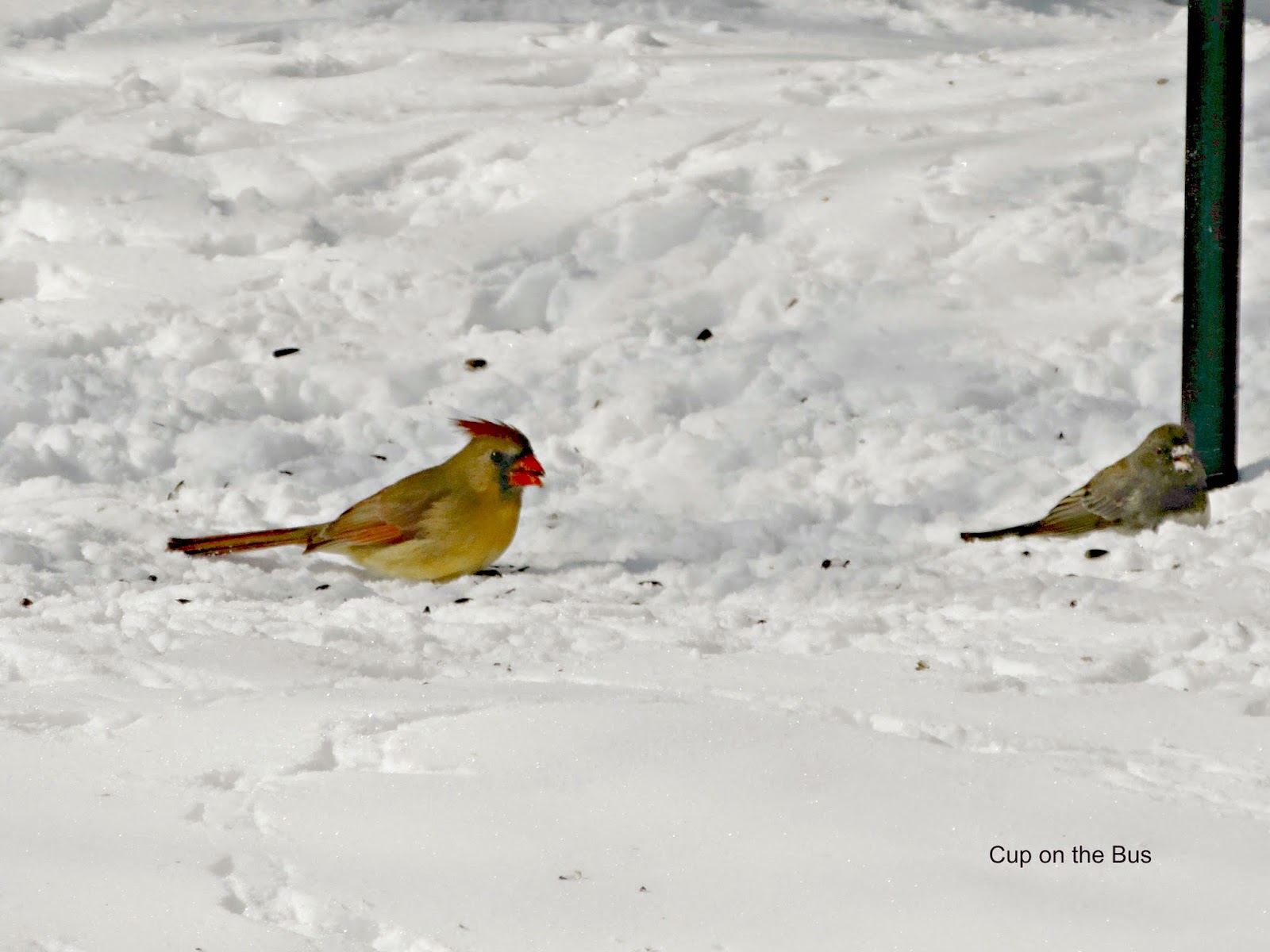 A female cardinal and a junco 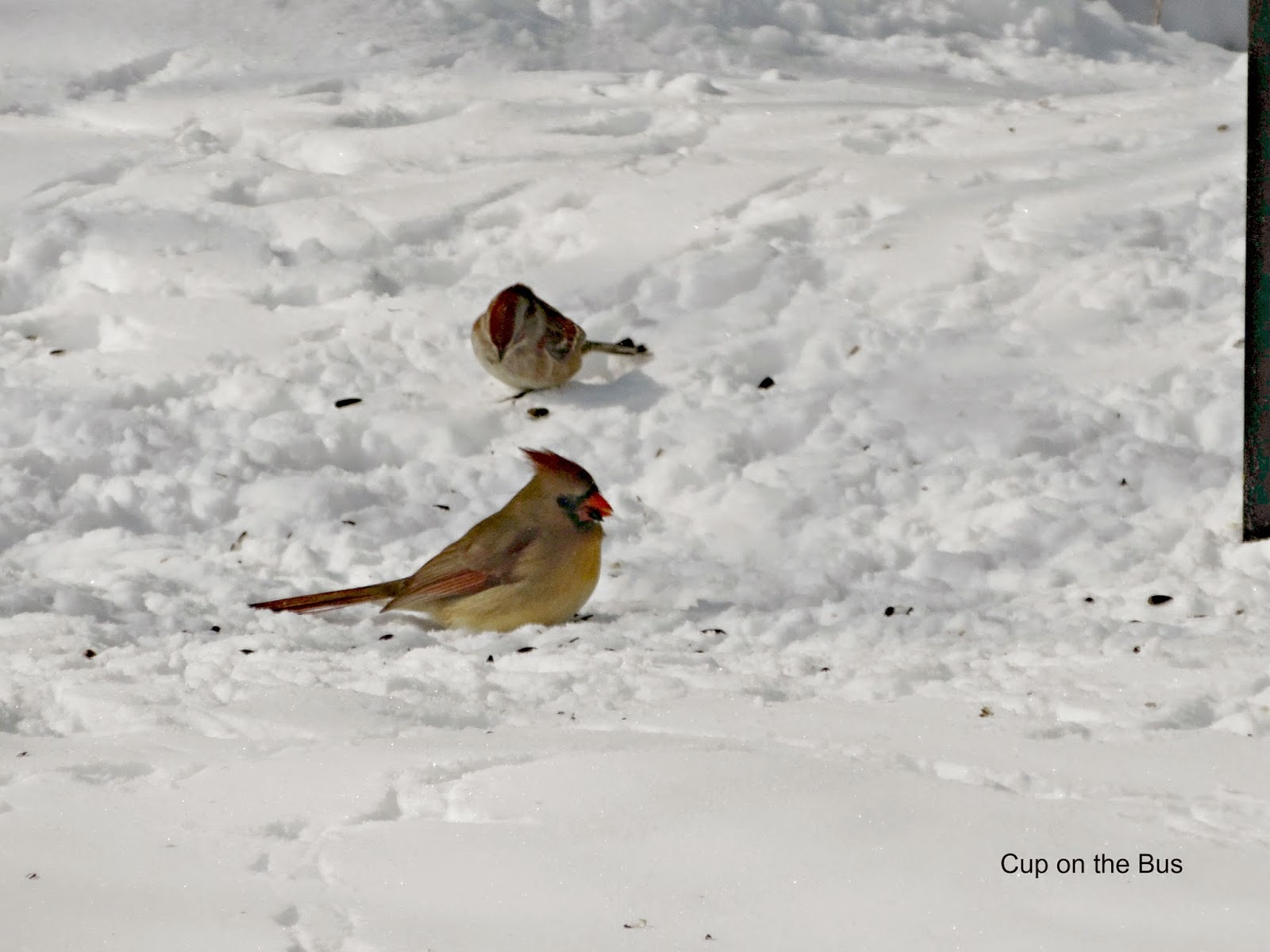 The female cardinal and a finch 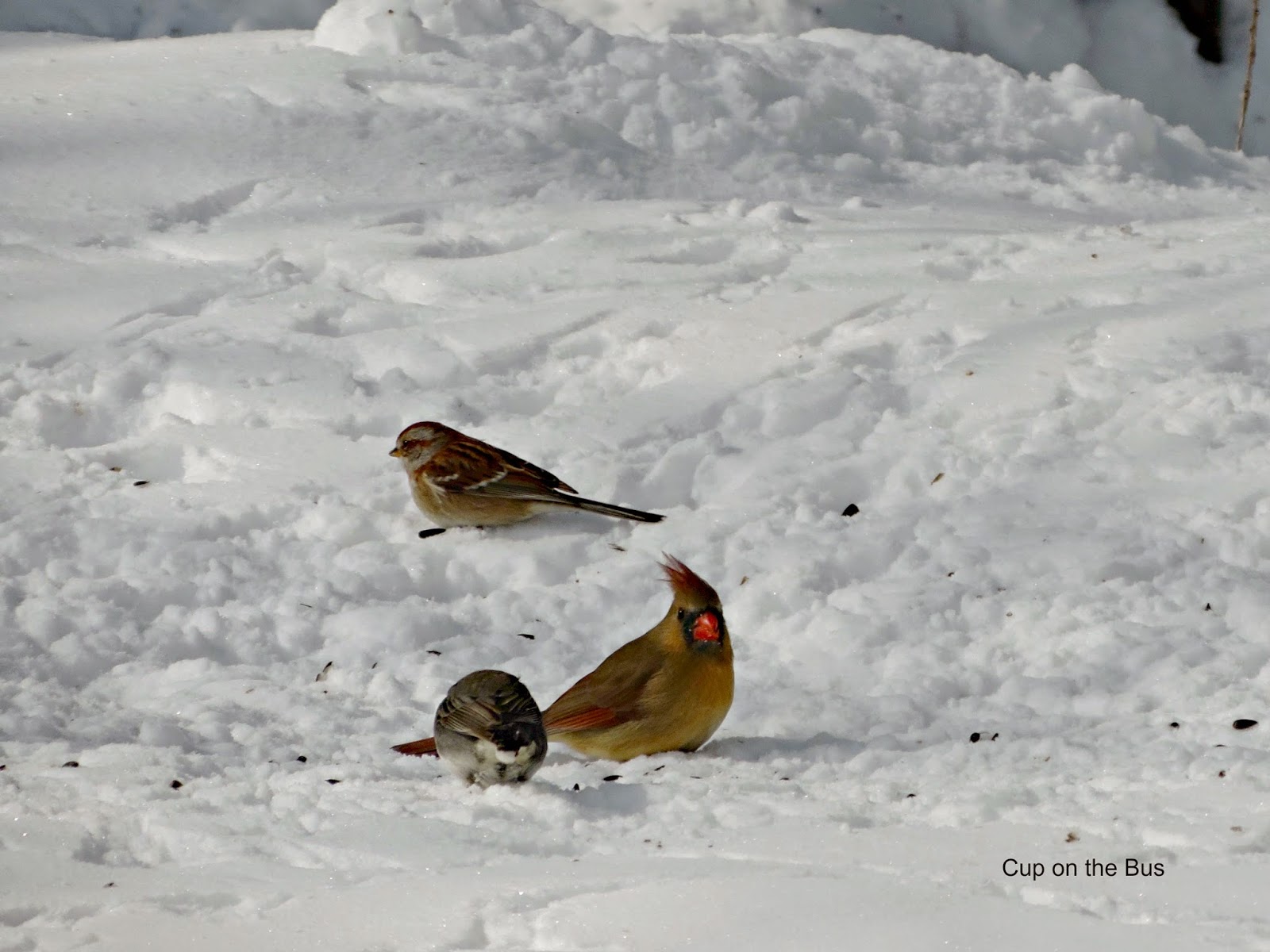 Posted by Joanne Noragon at 6:40 PM