When I took Emily to work at 7:30 yesterday morning the snow was falling.
It still is drifting down in a desultory way, because it can. 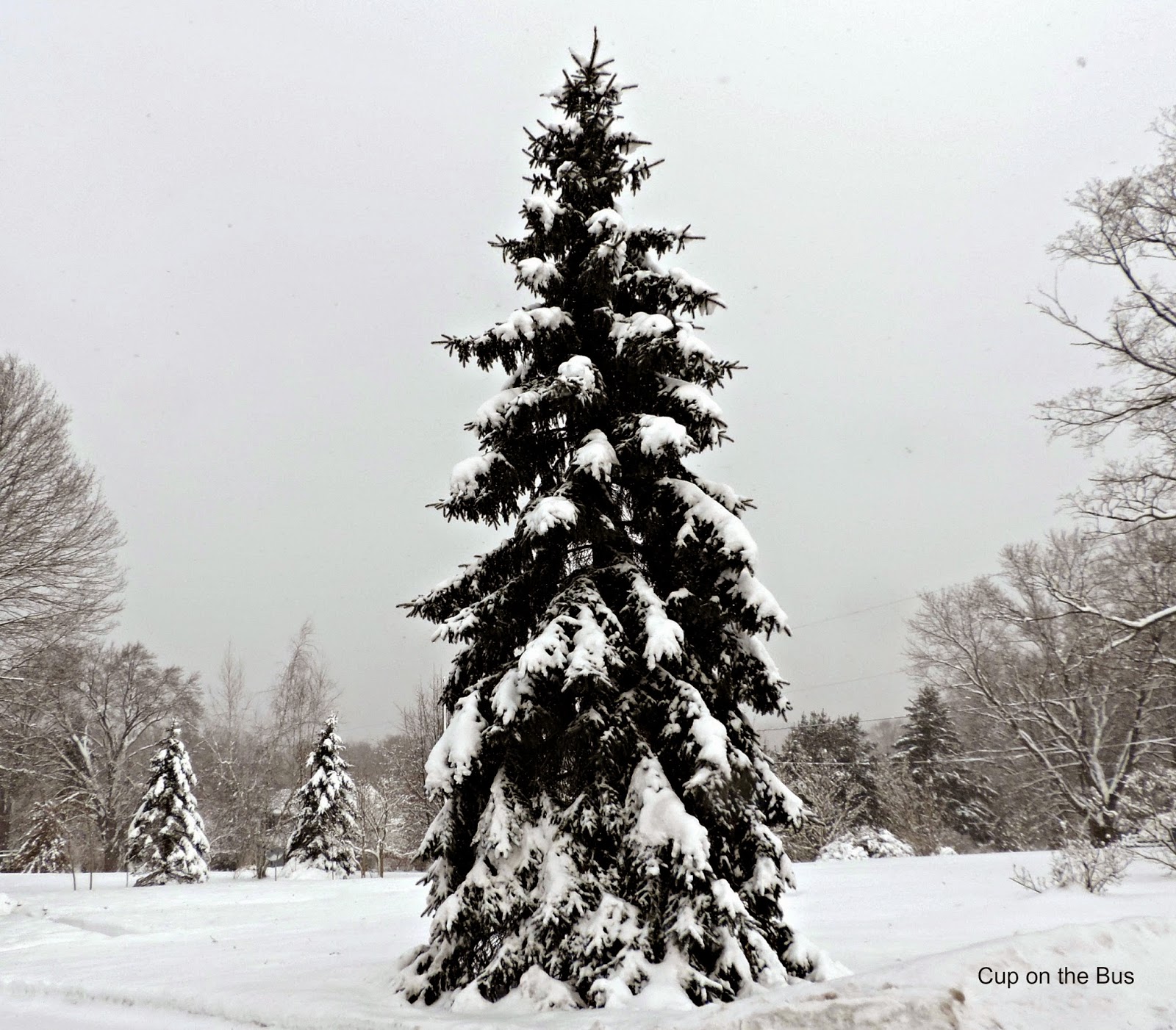 I was thankful for so little traffic, especially the place in the village
where the road drops straight down from a glacially induced ridge,
to Slippery Run, over the culvert and climbs as dramatically.
That tiny piece of road also has S curves,descending and ascending.
Because I was the only car I could drive the straight line through the many inches of snow,
and not hold my breath negotiating the curves. 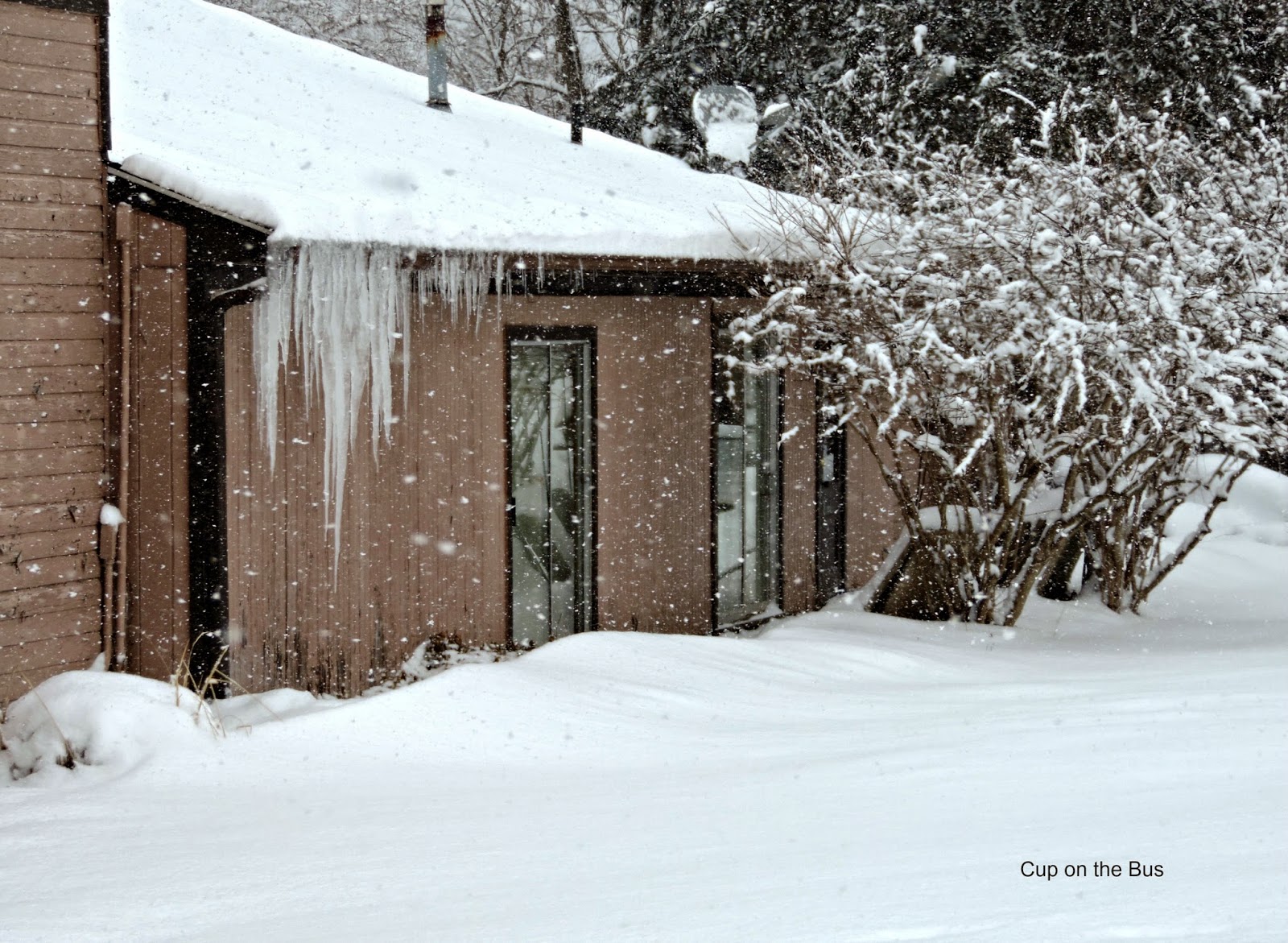 When I picked her up at 3:30 I waited an hour in the parking lot, my texts unanswered.
Although all the morning shift but two drove through unplowed snow to man the ski resort and give the skiers a good day, half the second shift called off.
Superbowl, no doubt.
More than an hour until they found someone to relieve Emily at the lifts. 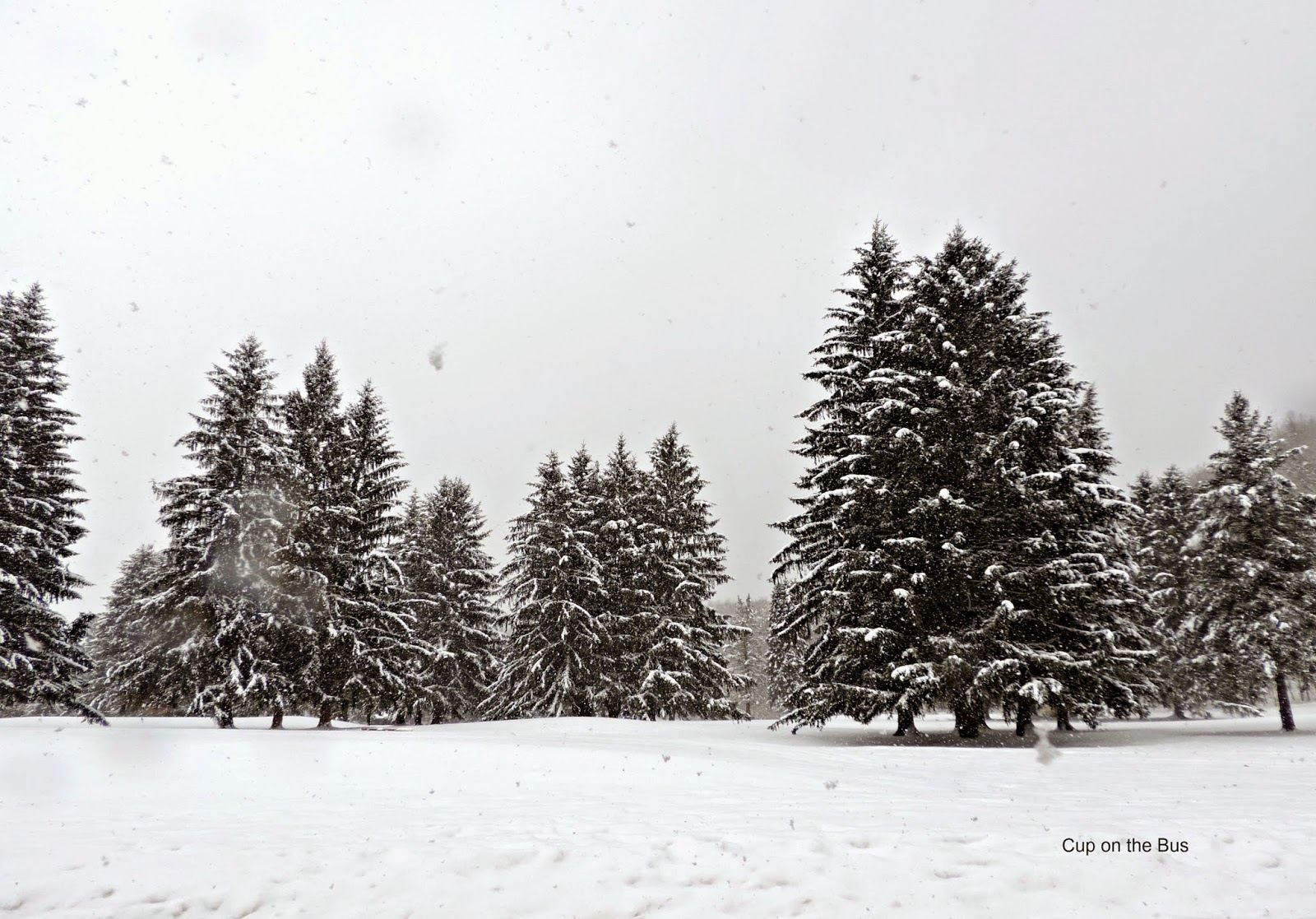 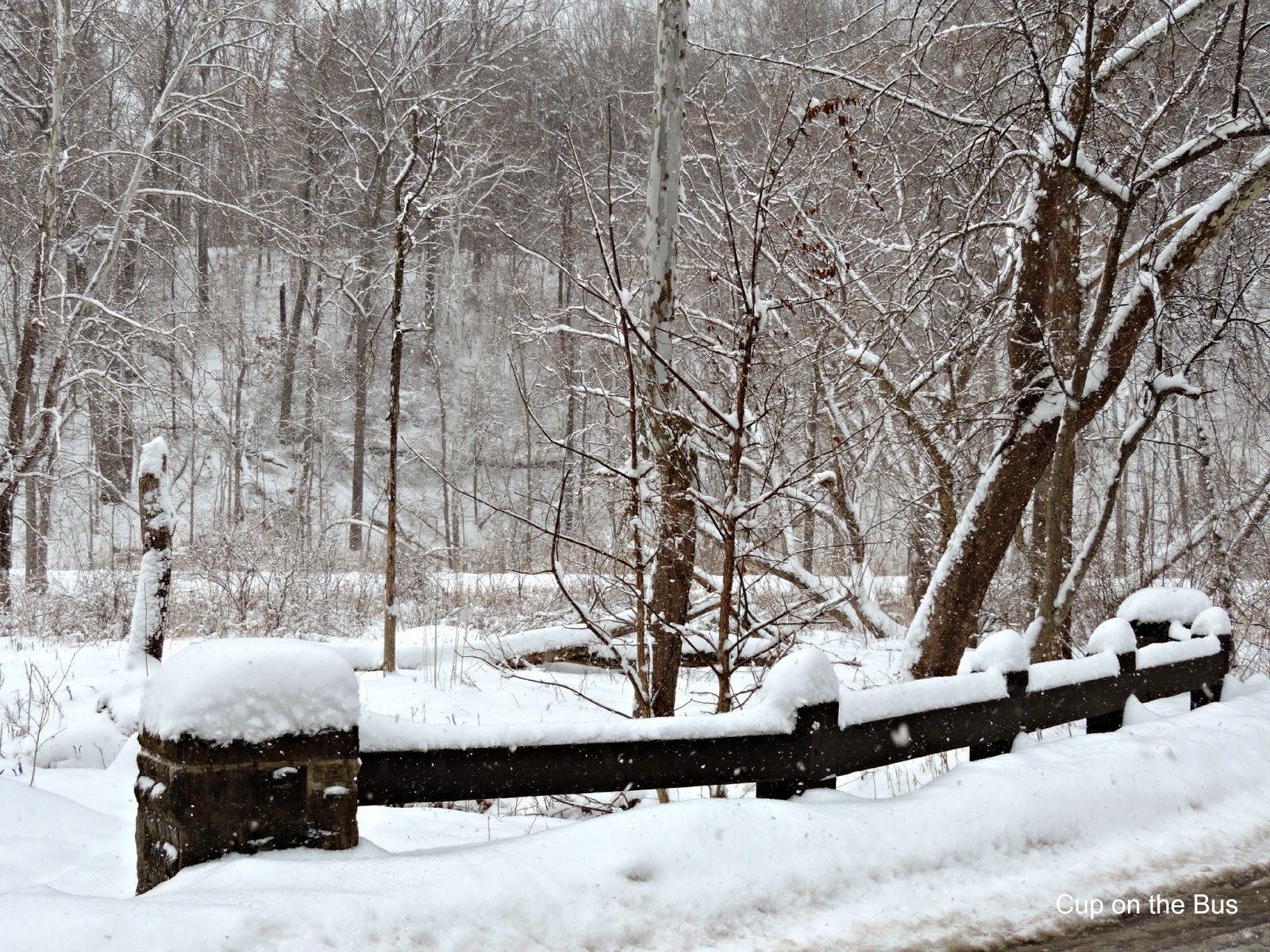 The weather maps showed us in the nine to fifteen inch band of projected snowfall.
I'd say that was about right.
Posted by Joanne Noragon at 5:08 PM