In my occasional pursuit of barns I've posted pictures of the old Lazy Daze camp in my township.
I first ventured onto the property in search of a barn back in 2013.
The original owners were gone,
the inheritors had the property "posted"
and up for sale. 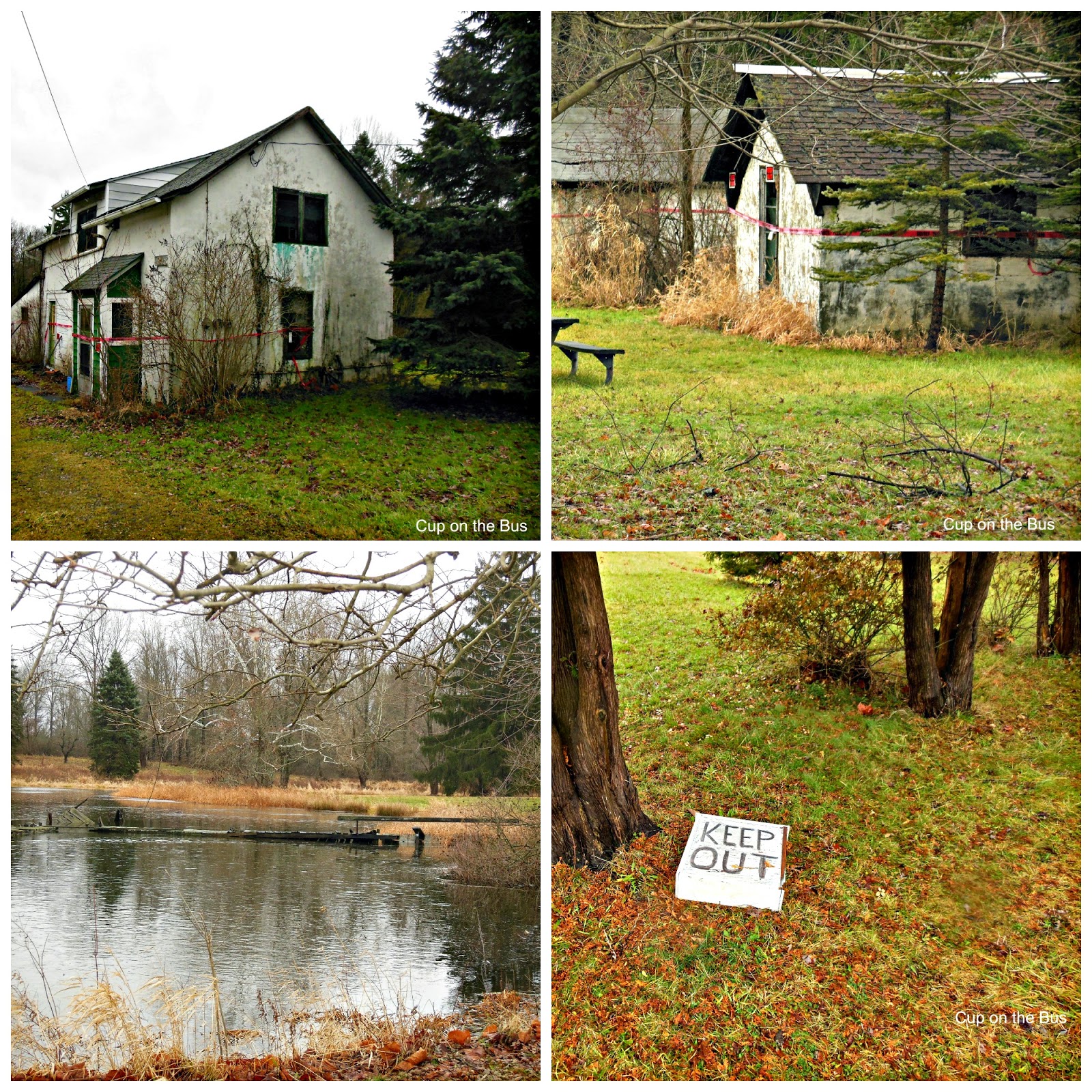 The next spring I learned the property was purchased.
The new owner intended to build two homes on the several acres.
First the demolition: 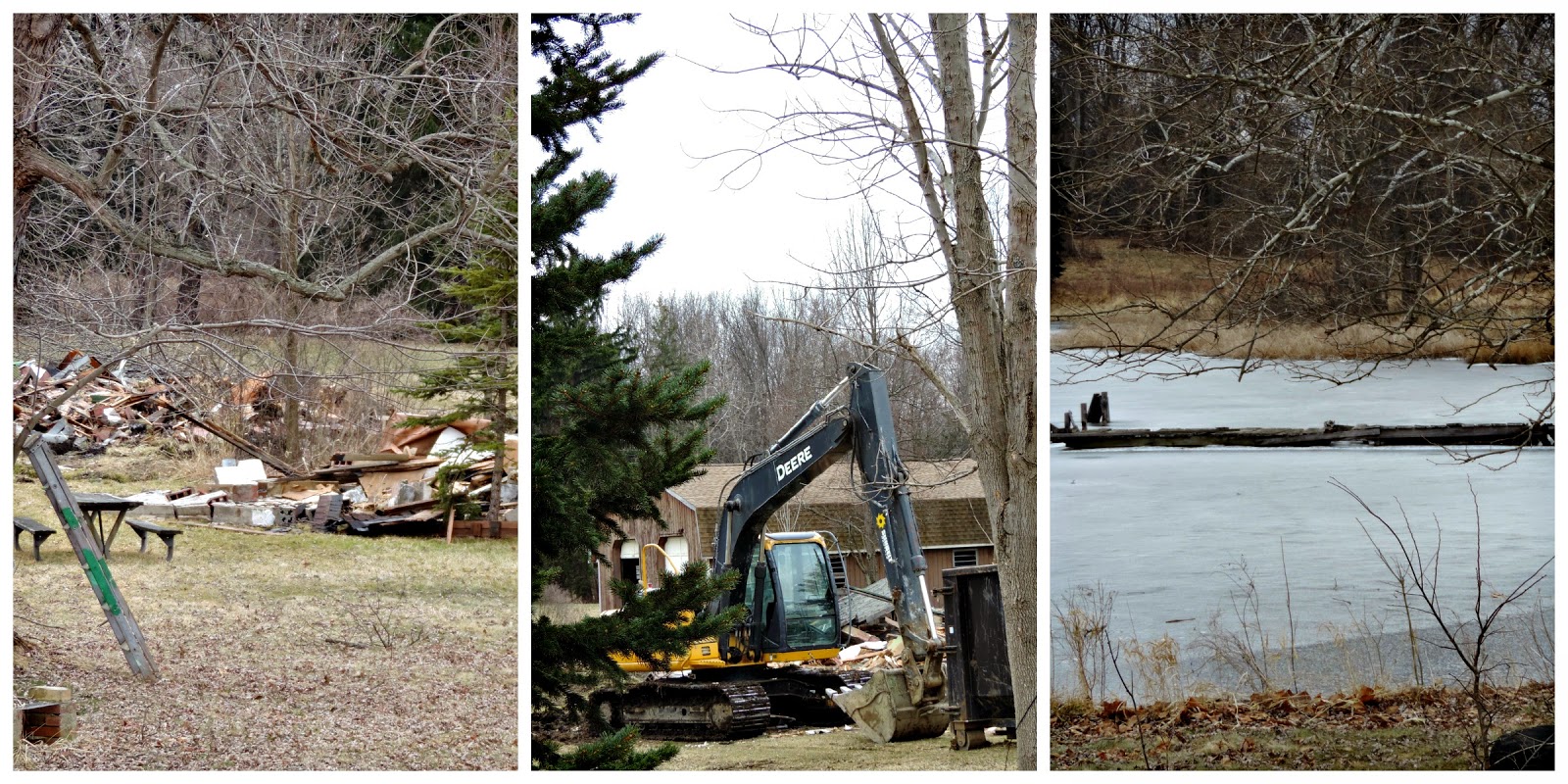 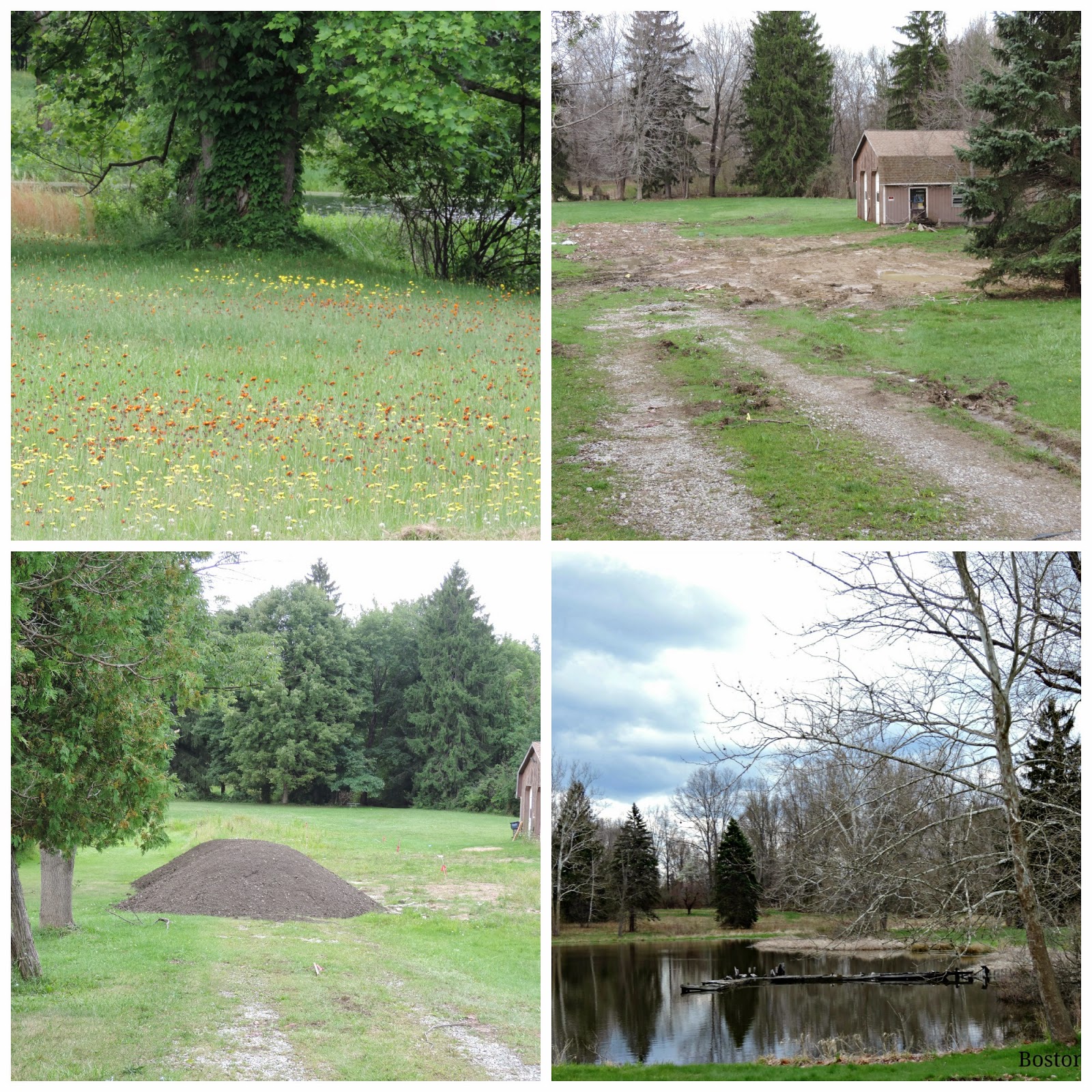 Work commenced in the spring, and focused mainly on some grading and a lot of brush removal. 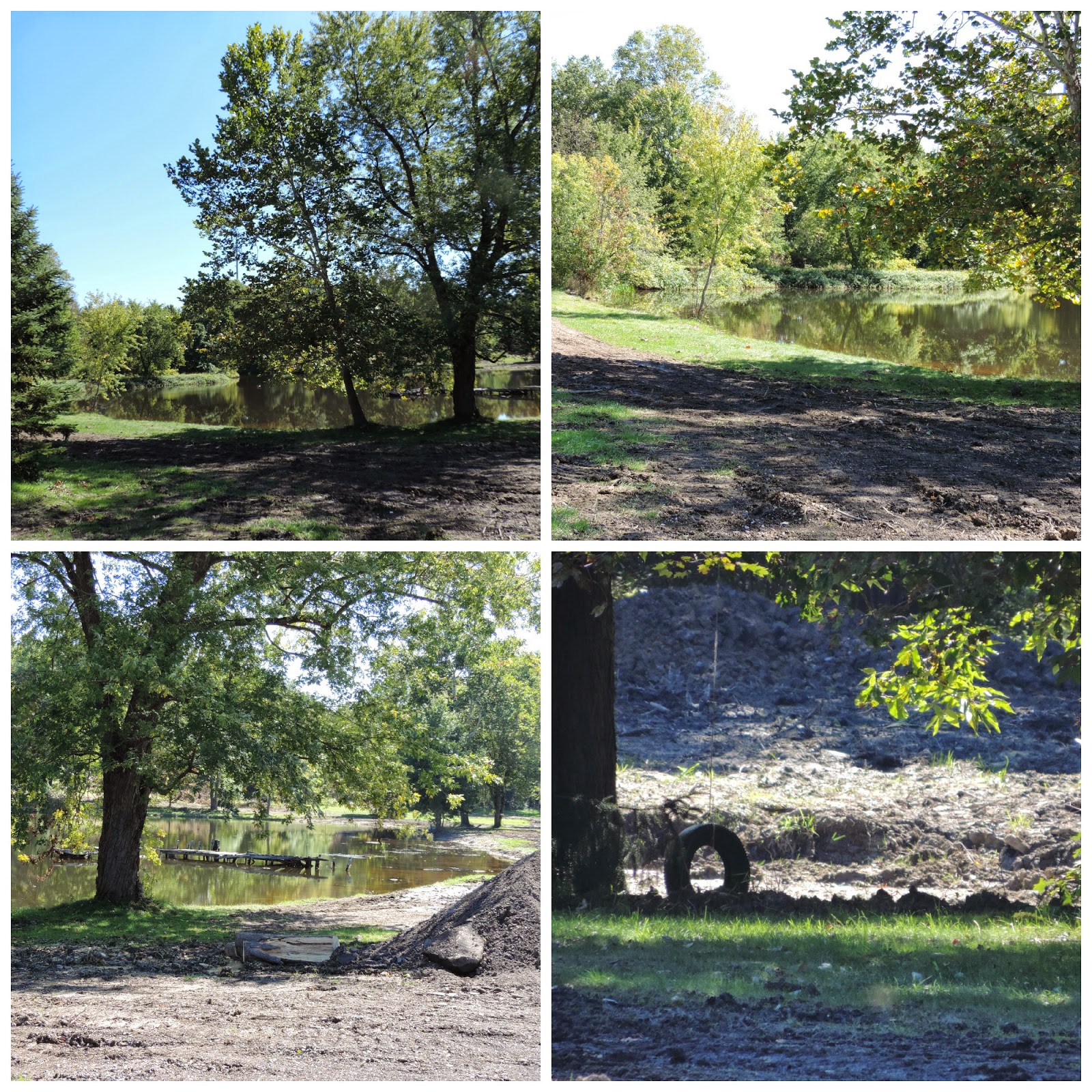 Over the course of the summer I watched a long access road go way to the back of the property.
The sort of road accessed by construction vehicles with lots of tires.
Not by old grandmas who really had no business poking round,
and certainly no business interfering with big construction equipping.

I've taken a good long look every time I've passed, and noted materials staged at the back of the lake, barely visible. Later on, the shells of houses. The construction has continued all winter.
December was mild, and saw the exteriors up. Work has continued this month, in spite of  three feet if snowfall. 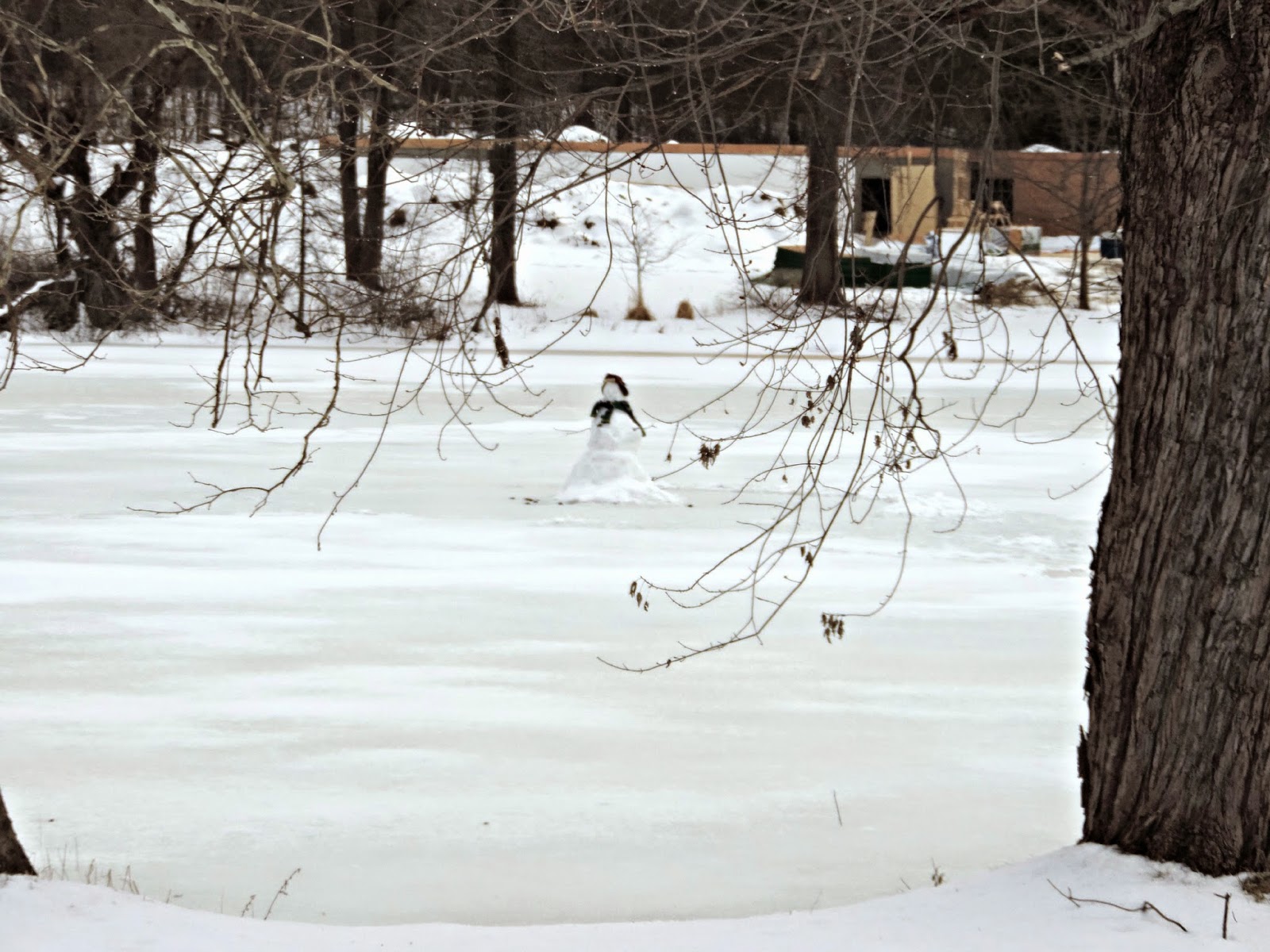 Emily saw this first, on the way home from work yesterday.
A snowman in the middle of the lake!
You can see one of the houses behind him, on the right. 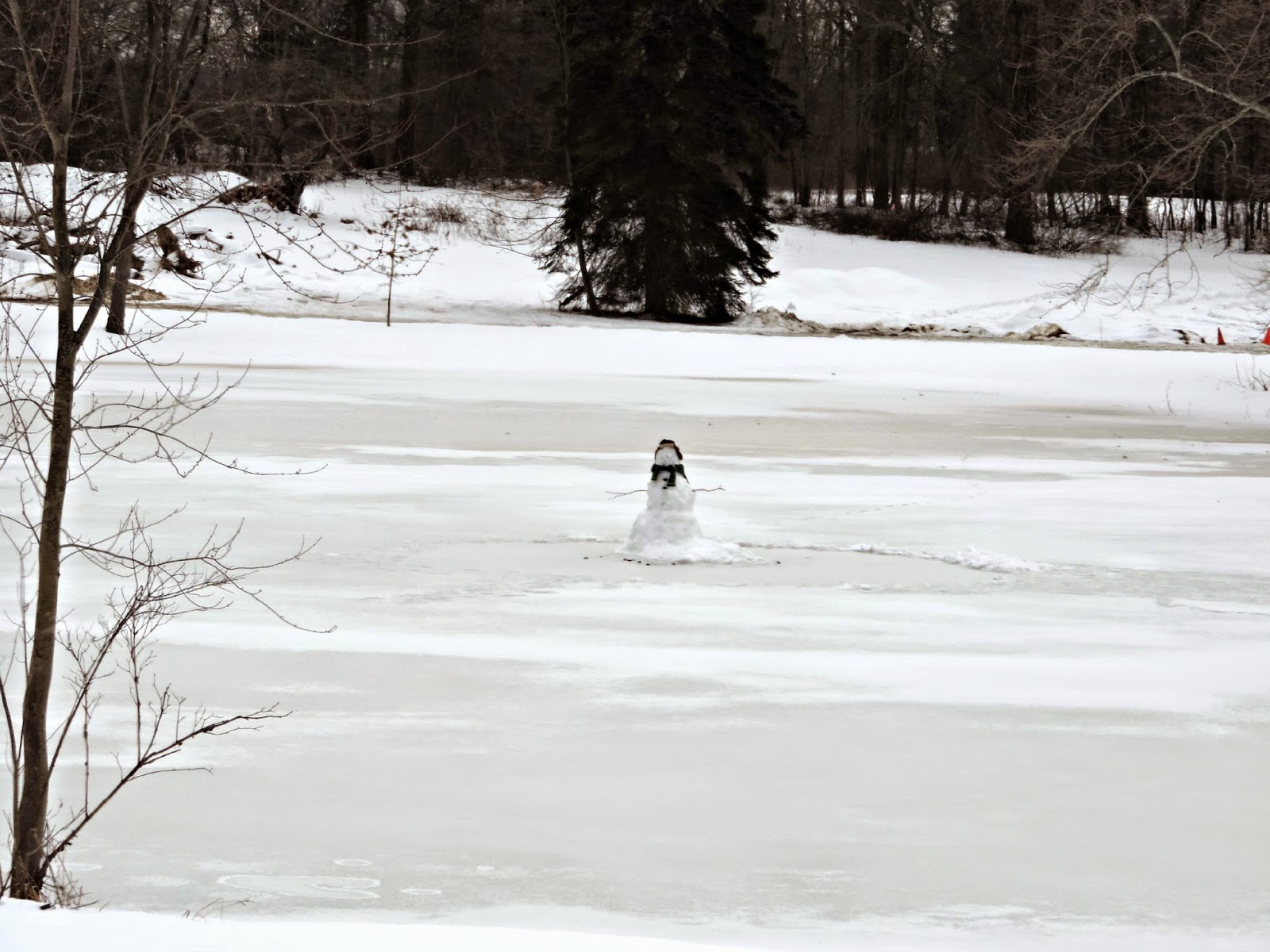 Mother nature put an inch of ice over the snow last night,
so I did not exit my car.

I have no idea who built a snowman on the ice in the middle of the lake.
But, I hope one of the houses belongs to such a wonderful sense of humor.
Posted by Joanne Noragon at 6:59 PM