Some controls are in order. Perhaps a double blind?

Science Fair, as it has been co-opted by the STEM faction, has come and gone again this year, mostly. My memory of last year is the judges went to lunch and forgot to dismiss Emily’s group until some old grandma went into the hall and asked when these children would be allowed to eat.

I have an additional memory of last year’s STEM fair. Emily emerged from her first of many meetings saying she was partnering with a student who was a sophomore, and their project was whatever it was. Then the older girl dumped her, on the advice of her mother, for the possibility that Emily might turn out to be unreliable. Emily got through a project, and boy, did we both learn STEM is about far more than tri-fold boards.

Emily and Hamilton both had STEM fair requirements this year, so off we went to the first meeting. I had just read an article about the uptake of arsenic in rice, especially in the more “naturally” produced rices and very especially in baby cereals marketed as “natural.”  Sadly I had not read enough scientific articles to toss an idea to Hamilton on the ride to school, but he did OK on his own.

In a crazy and noisy STEM meeting that first night I found a bench in the hall and my two melted into the wild and undulating crowd of students meeting advisers, arranging labs, having biological hazards assessed (give me a break!). Emily and Hamilton emerged unscathed and approved, and Emily had a tiny girl in tow. “Grandma, this is Angela. She’s a freshman. We’re a team.”

And they were. Angela is a petite ninth grader, and although she has an older brother in high school, she was as overwhelmed as Emily the previous year.  So, Angela and Emily set out to expose rice to the world. From their abstract: “People generally don’t know what is in the food they are eating. A person could cook a whole meal and not even know there is a possibility of traces of poison being in their food.”

The chemistry teacher provided test strips, Angela bought a bag of brown rice and a box of Minute Rice, Emily rode Angela’s bus to Angela’s house many Friday nights, and Grandma took Hamilton along to find Angela’s house in the dark, before Grandma got new eyes. The intrepid young ladies experimented away in Angela’s basement, and wrote a paper, with surprisingly few grammatical errors, considering neither would consider a career in the English language.

From time to time I asked how the great rice project progressed; the general response was I did not want to know. The mistakes were legion; there was no time to start over. They still called it the great arsenic in rice project, while privately conceding they had no controls in place, not even knowledge of the origin or processing of their rice samples. So, they forged on.

Science Fair was the first of February. Once again Emily was not dismissed on time; she and Angela were held over for the award ceremony and promotion to the next competition level, in March.

The team demonstrated for the judges that brown rice has an average of 4 parts per billion of arsenic, white rice 6 ppb and tap water an average of 2 ppb. Again from the abstract, “It is possible, however, that the researchers went wrong in there (sic) experiment by adding unknown variables, reading the data wrong, or simply making human mistakes as they worked. So, while these results are helpful, a person must take into account the likelihood of human mistakes being present, and the data being wrong.”

Now we’ll see when the wheels fall off. “At least,” Emily said, “we’re out of test strips!” Their project featured an on the spot demonstration of test strips and arsenic in water. “Except we used well water from our house, and it had much more arsenic than the rice or Angela’s water. But don’t worry, Grandma. It’s still safe!” 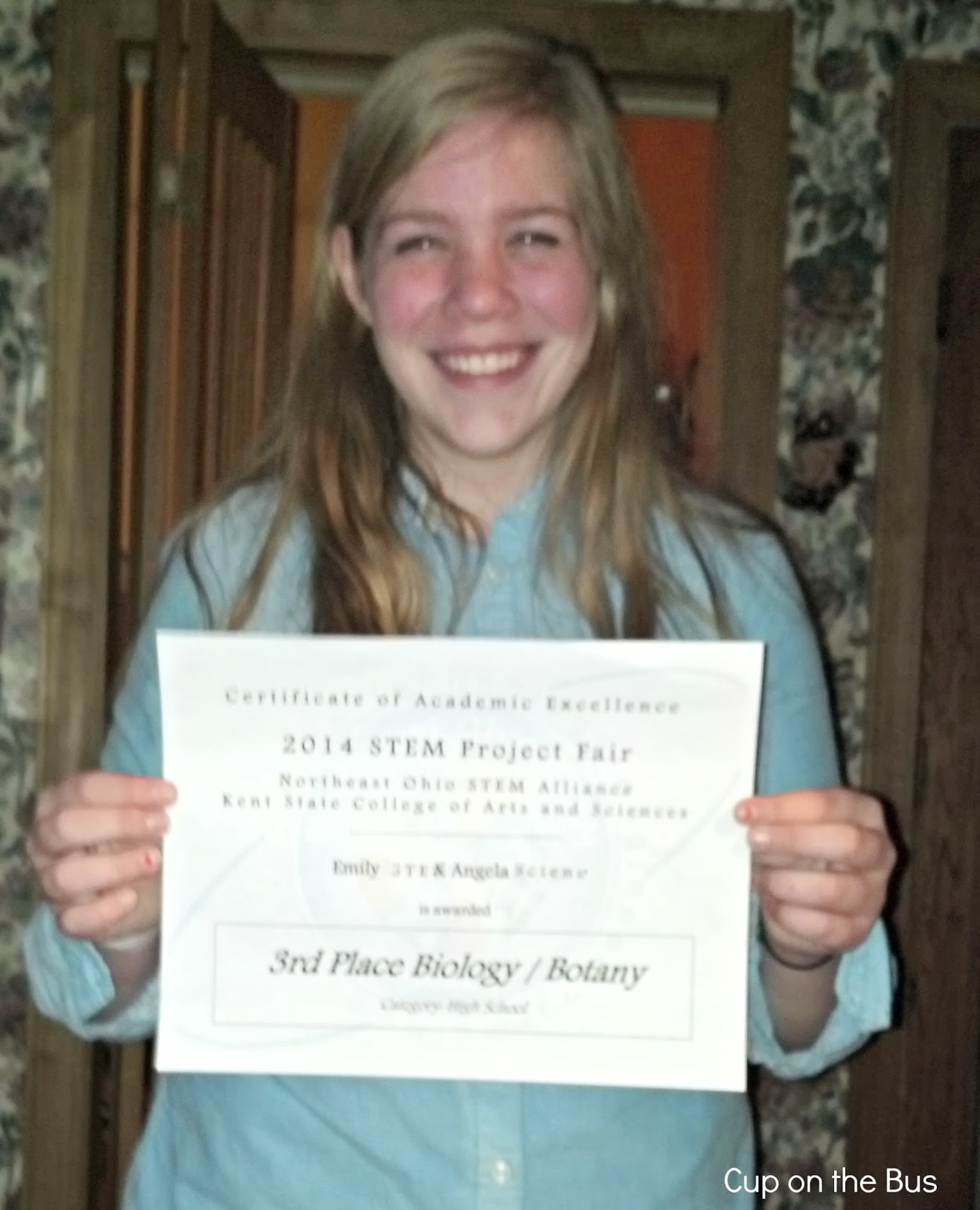