My street is one of half a dozen residential streets off a county road. I had lunch recently with an old resident who referred to them as “the new streets.” Most were cut in the 1950’s, which is new in my township.

My street was an old farm lane, named after the family farm it bisected, and my side of the street was pasture land. The other side has the natural springs that cooled the spring houses that kept the dairy products cool and fresh for customers. I’m told there was quite a cheese factory operating on the acreage across our street. But the history of this end of the township is a little hazy.

This story is about the county road running north and south at the end of my street. This is the season of ubiquitous potholes, and I pulled over on the county road today to take a picture. This road base is brick. If it were a new road, the road bed would be probably three to four feet deep, filled with gravel, reinforced with rebar and made of concrete or asphalt poured into a frame. 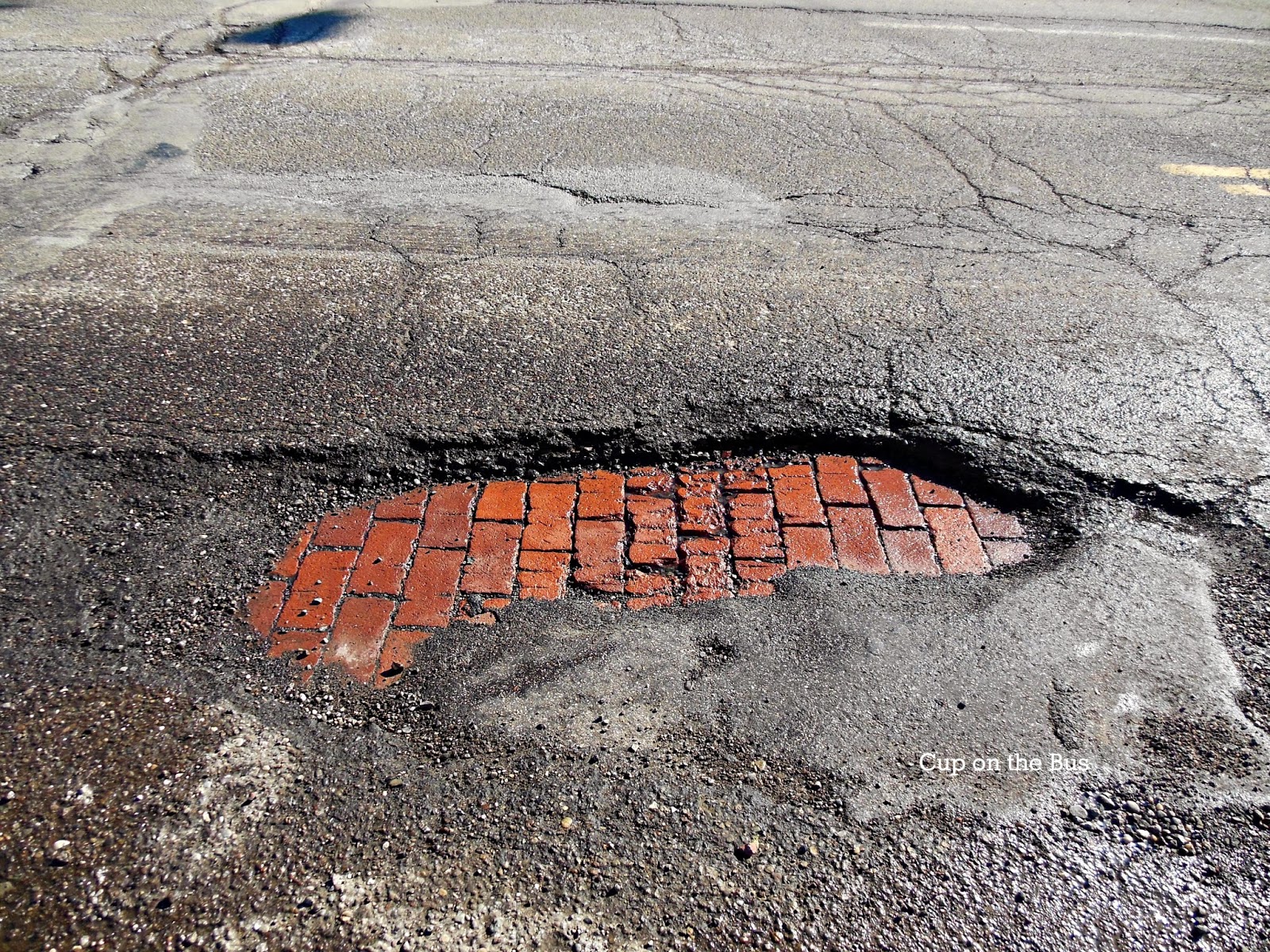 The grandson of the dairy farmers spent his summers here on his grandma’s farm. Today he lives on the corner of my street and the county road. He told me this story, and I've repeated it to people who think he made it up. Since I’m even older than he is, I know roads were paved in bricks once upon a time. The street my mother grew up on still is paved in bricks. Today I pulled right off the road when I saw bricks at the bottom of the pot hole. This one’s for you, Skip!

Back in the day, Skip said, those bricks were laid down just as they appear in that photo. Cars went up, cars went down, and on hot afternoons he sat on the front porch with his grandma, watching them. And an eye on the thermometer. Because, if it was hot enough for enough days and nights in a row, and those bricks got hotter and hotter, and the cars kept going up and down, sometimes he and grandma saw it happen!


A brick blew right up out of the road. Sometimes another and another. And on a really good day they got to see a brick go right through a radiator. 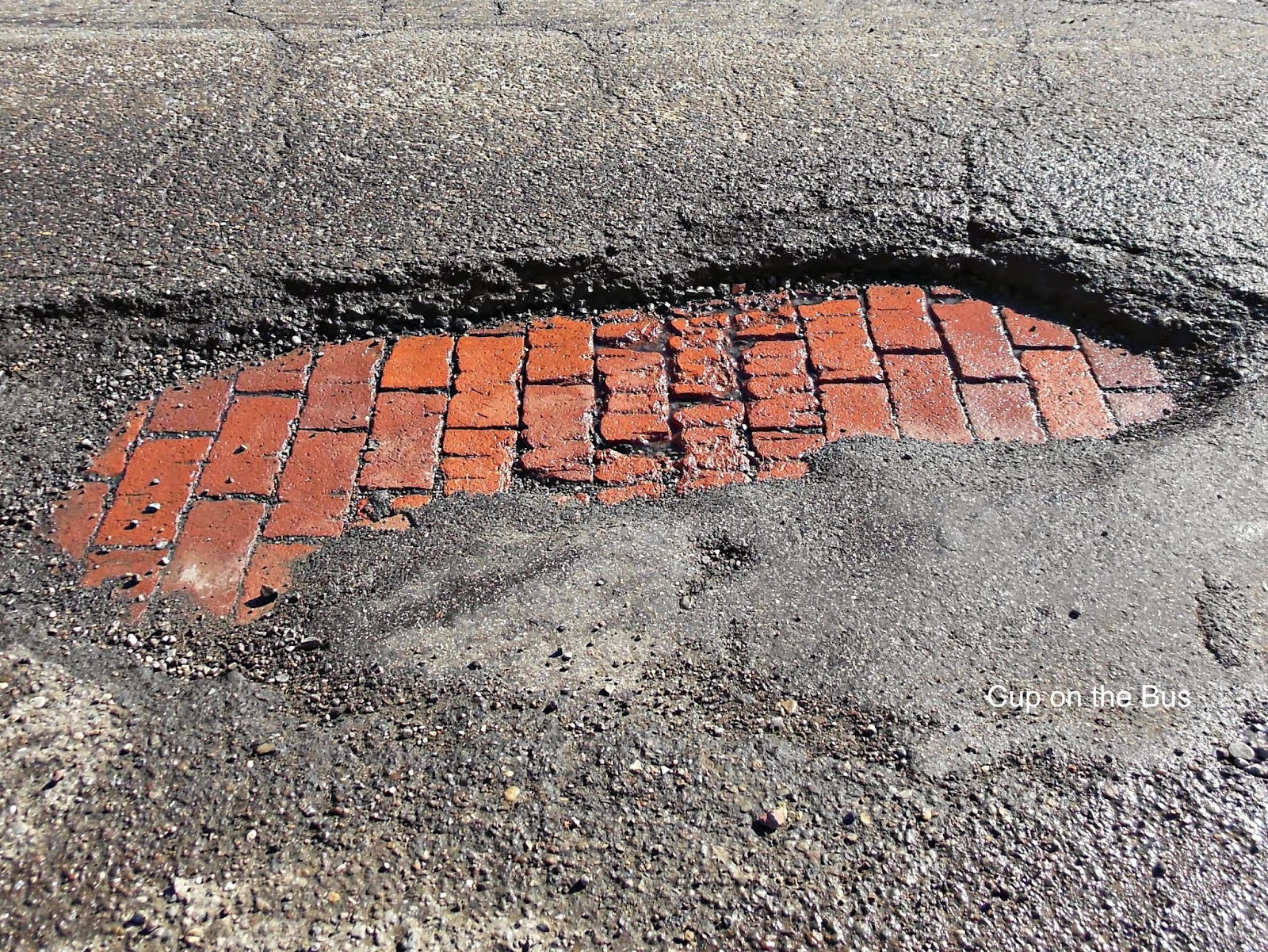 Posted by Joanne Noragon at 3:55 PM