Once upon a time, in the far away fifties, my grandmother came from Cleveland to Akron for Thanksgiving dinner with her family. The weather was so balmy she wore her spring coat.

She did not go home for a week because the area had a thirty or forty inch snow fall. The city had front end loaders out trying to move the snow. Well, that was then. Once in a lifetime, eh?

One weekend, a couple of weekends ago, we had such a massive snow fall we could not move our cars without moving a lot of snow. The weekend my loom faerie appeared, I was stunned and grateful. It turns out a friend who was parked on the street went for her. Last week the same scenario, except K got her truck dug out enough to literally bull her way out of her corner of the drive.

The subsequent weekend, repeat. Our first six or seventeen inch fall acquired another eighteen inch topping. I recruited a young man from my trailer complex to work on the mess. The only appointment transferred from last week to this that I intended to keep was the hair appointment. 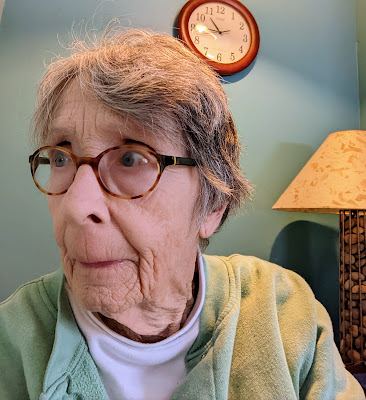 My hair would be cut or I would know the reason why. I called David, who had removed a good deal of snow by shovel, because his snow blower is in the shop, and explained lovely as the trail to the cars was, not wide enough for my walker. Nor flat enough on the bottom.

He toiled again, and I was able to get through wearing my ice grippers and using a lot of caution. We consolidated our errands to K's truck, and I got in grocery shopping and script pick up while she did her errands. The haircut was yesterday, and I've been urging on the sunshine all week.

Yesterday worked out very well. I slogged through the icy slush on the walk and got into my car. Once on our road, the way was clear. All the crews did their jobs, snow was piled high and away. From now to the end of the month, the only precipitation is rain! My haircut was achieved! 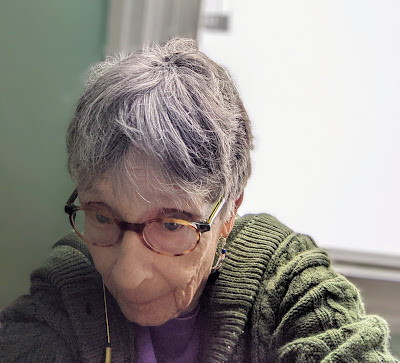 Even the dog was impressed. I think she found it better than crumbs on the floor. Easier to look at, at any rate. 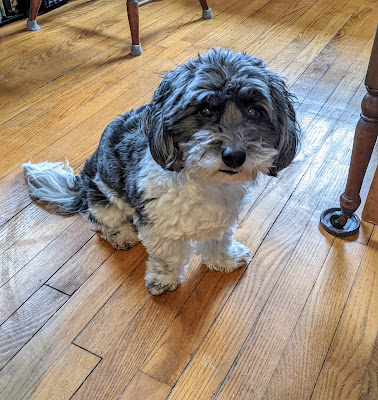 Except for one day devoted entirely to reading my way through my three books, I wove and napped. The books are finished; today was simply weaving and napping. 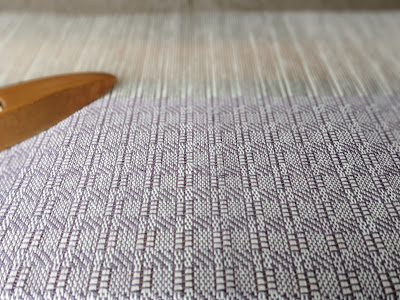 Of the three books, I quite recommend two, Suzanne and Gertrude, and the much thicker volume, The Elephant Whisperer. The latter is Lawrence Anthony's account of founding his internationally known African animal reserve, Thula Thula. He was internationally known and admired for his environmental and conservation work. It is said, at his death, members of Thula Thula's elephant herd, which he had saved from death as "rogue" elephants, gathered around his home for two days of elephant mourning. I believe that.

Posted by Joanne Noragon at 4:29 PM
Email ThisBlogThis!Share to TwitterShare to FacebookShare to Pinterest