Can they win another game for Joe

It’s the state semi-finals tonight, Joe. And they’re matched against the same team that took them down last year, but barely.

It was a beautiful night last year. As I left from taking Emily for band inspection, folks were beginning to gather at the intersections of the residential and main roads. Why, I wondered, and then realized they were gathering to cheer the team buses. (They probably cheered the band buses, too.)

The team spirit of the city impressed me, and I swing around back into town to sit in the grocery store parking lot and watch. It was inspiring. Homemade signs, the beat up yard signs signifying the home of a band member (Loud is Good), anything they could get over their heads, the parents waved.

Tonight I had to get Laura to school way early.  The director wants to see how many gave up the holiday to march in the band, decide what sort of a show they could put on, and run through it. Sadly, it’s cold and drizzly. I bet the parents were at the corners anyway; football is a pretty big deal around here.

Instead of going home tonight, I went straight through on the main road and out to another township past mine. An old acquaintance is newly admitted to a care facility there, the memory unit. When the aid took me to her, she knew me and knew my name as soon as I spoke it. She remembered and used it the rest of the visit.

We had such a good chat. One of the sisters associated with the facility stopped to introduce herself, and my friend introduced me. The sister asked me to stay to supper and went and arranged us a private table and another meal. I couldn’t believe I signed out more than two hours after I signed in.

So, a cheer for Jean, too, who told me she would be ninety on her next birthday, “whenever that is. I was born in 1927.” That needs cheering from the street corner, too. 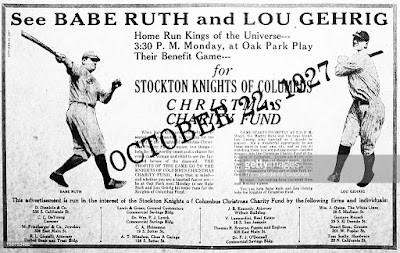 Posted by Joanne Noragon at 7:32 PM