Long, long ago, when I was demonstrating spinning somewhere, I looked at a man’s belt buckle and looked again. Belt buckles are easy to spot from a chair in front of a spinning wheel. The man had been watching for some time, and I broke the conversational ice.

He matched my grist in a few seconds, and as he sat and spun from the roving he said he was a paratrooper in the war. A failed jump landed him the Belgium countryside, with an injured leg. He was swarmed by men and women who gathered up him and his parachute, and helped him into a farmhouse.

They examined him, pronounced him likely to live, and dressed him up as an old grandmother. Since he would be sitting out his injury in any event, they put him in front of a spinning wheel and told him to make it look good.  He taught himself to spin, behind the lines, with his Belgian underground rescuers, and eventually rejoined his unit and carried on.

I’ve remembered his story of a mission and working during the delay for these last twenty years. I’ve always been partial to the work business, and now I have a mission to go with it.  I’ve joined the Ohio Democratic Woman’s Caucus. And, Amazon will have the rest of my missing sewing machine parts in my mail box on Monday.

In short order I will be making quilt tops for sick kids to drag around and stuffing envelopes for the cause.

Don’t mourn, organize. Some pictures from this week: 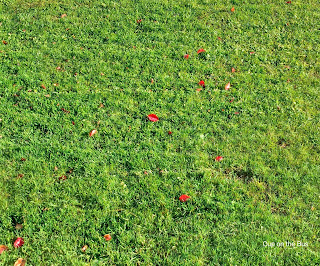 The little pear tree is winding down for the year. 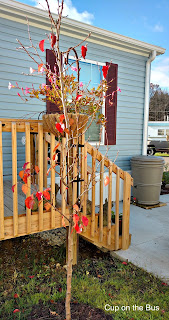 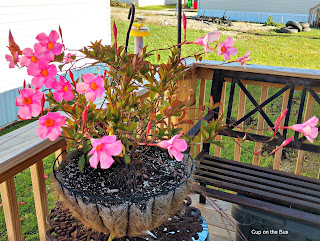 The mandevillas carry on. There hasn't been a hard frost, yet. 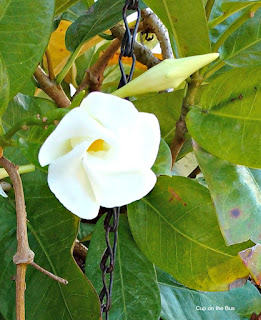 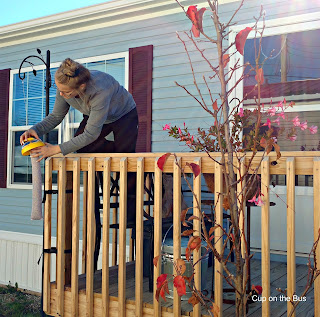 The birds won out. 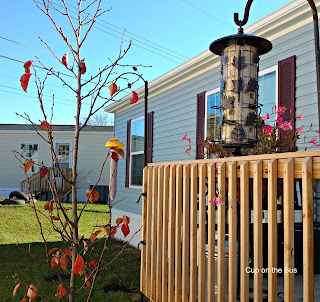 Posted by Joanne Noragon at 3:31 PM