Henry and the dogs


Of course there’s a new dog in Wisconsin. Henry. 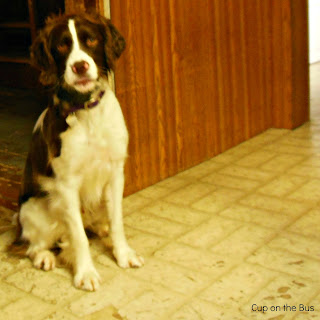 Ann explained Henry to me.  An older couple who board their old, fat cocker spaniel at the kennel got a bright little Springer spaniel puppy to liven up the cocker spaniel’s life.  I doubt the old, fat cocker spaniel ever had any use for a non-stop puppy, and as Henry developed into umpteen pounds of non-stop spaniel, always on the move, always doing his job, he turned out to be too much for the old folks who brought him home.

Henry was a fortunate fellow; Ann and Pat agreed to take him. 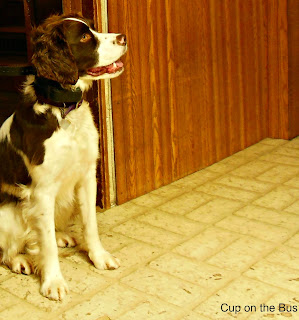 What a charmer this fellow is.  He and Freyja tumble and thump and wrestle until she cries “Uncle” and heads for a nap on the sofa.  Henry continues on his rounds—round and round and round the sofa, the chairs, the entire house, watching every window for sign of whatever Springer spaniels watch out for.

Food is the testament of Henry’s level of activity.  All the dogs in the house are in the forty pound range and eat about two cups of food daily to supply their caloric needs.  Henry maintains his trim physique with six cups of food a day.

Henry is so young, so bright, so inquisitive.  Sad he cannot be the hunter nature intended him, but he landed on his feet with the next best home.  Training is progressing; he’s magnificent at sit, stay, come, OK.” He waits his turn for his food bowl to go down, or to advance for a treat. 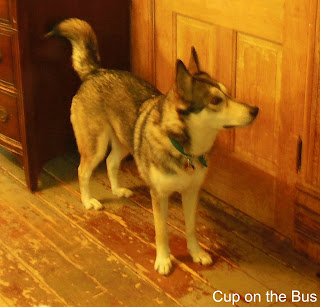 Freyja, the husky mix,  is far better behaved than my last visit. She  leaves the kitchen when told, but her toes are at the ready to start the journey over to the linoleum. 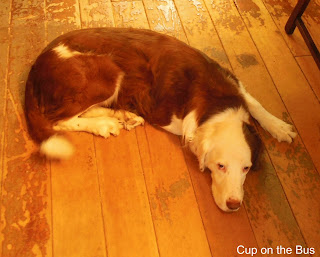 Seamus holds the place of kindly old observer.  No one is head of the new house pack yet. 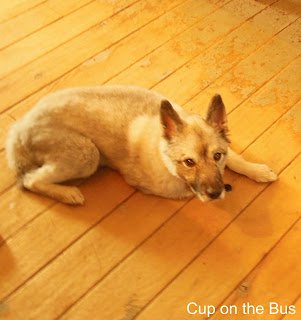 And poor old Zoe.  Her increasing dementia is sad.  In the house she wanders into corners and waits patiently for them to move aside.  Outside she just keeps going.  Through the burrs, through the creek.  She has to be called constantly, before she’s out of cognitive range.  We did lose her for a bit one day and when we mentioned it to Pat over supper he sighed and asked Ann “When are we going to take off her collar?”  HaHa.
Posted by Joanne Noragon at 2:19 PM