To pay room and board I worked food service when I left home and started college.    The dorm cafeterias were not open in the summers; I worked at the Student Union cafeteria.  Only open five days a week, weekends were iffy for food.  Bread was most easily smuggled, not enough to last two days.  I had no allowance the last two years; my dad was in a hospital in Columbus, recovering from histoplasmosis.  I was grateful to be able to go to school.  I worked odd filing jobs around campus and typed papers for a quarter a page.  I scraped by, unimaginatively.


Shelly, my youngest daughter, worked food service jobs, too, at college.  The same job I did for room and board in my day only covered board for Shelly.  She left school after two years, went to English Nanny School.  It was a perfect fit and she was a nanny for several years before she married.  Shelly and I both worked the usual college jobs.


Beth, however, just didn’t do things usually.  She’d already graduated high school a year early and entered college younger than most.  She needed to work, too, to stay in school and had clerical jobs the first year.  By the end of that year she assessed her experience and decided she could do better.  I took a deep breath.


She picked a vehicle to suit her life style.  A Volkswagen bus, named Grumbelly by her friend Christina.  For the sound it made.  Then, she moved off campus, into a series of homes to make mothers cringe.  She made life-long friends of some of her roommates; one is married to my friend Ann.


One summer she had a job inventorying Cleveland’s trees.  I learned about that job from a friend who said he saw my daughter unloading a van of inner city kids and supervising them recording the size and type of Cleveland’s tree lawn specimens.


Another year I learned of her gainful employment through the W-2’s that came in the mailbox the next January.  She was a hot dog vendor at Cleveland Indian home ball games!  Don’t think I didn’t see her for four years.  She called home for money, if needed, and came home to do laundry occasionally.  Grumbelly was infrequently serviced by my mechanic, and since his wife worked with me I’d hear from Gail that Ed had found Beth broken down or out of gas along the freeway, and bailed her out.  For over a year she worked in a deli that specialized in wine and cheese, an education that fostered her current career.


When she finished her undergraduate degree she went on to a masters in anthropology.  She earned her spending money working at Kinko’s, where she learned everything to be known about graphic design.  This lead to a part time marketing job at a major manufacturing company.  Eventually she replaced her boss.  She says it was because she could never teach him how to use a roller ball mouse.  Mouse design was rather fluid in the early days of computer.


I was quite satisfied, this morning, with what I’d accomplished at work, and driving home my mind flicked over job satisfaction.  Mine, Beth’s with her restaurant, Shelly the nurse.  Long way from hungry weekends at college, I thought.  Well, that was pretty mundane stuff Shelly and I did in college.  Then I burst out laughing remembering Beth, the van of inner city children, and all those W-2’s. 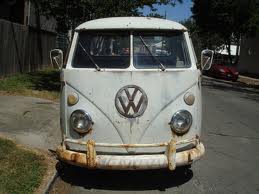 I drove Beth’s Grumbelly to the junk yard on his last gear, with no brakes.  Mom followed, to bring me home if I arrived safely.
Posted by Joanne Noragon at 3:51 PM