The front garden has turned into a mega project.  We have put in about six hours a day the last two days, with varying numbers of helping hands.  We thought we would finish today, but the old rock garden was down there, under an inch of crabgrass roots.

My son-in-law and my oldest granddaughter, Rebekah, come to visit tomorrow.  Maybe they will pitch in for a bit, after the parade, before the cook out.  I really think we can lick it in a couple more hours with just two more willing participants. 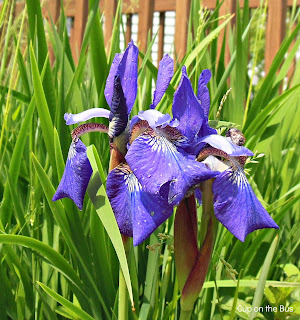 The plan for yesterday was to clear out the section with day lilies and Aunt Laura’s iris.  Beth and Caroline came for lunch and stayed to help.  Beth was quite pleased; she’d hoped for some more iris and went home with two bags of iris and two bags of lilies for their work. 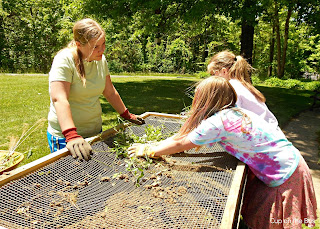 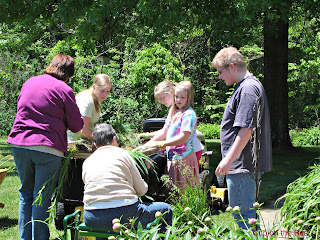 Today was to be all downhill.  The last section back by the steps and along the sidewalk, behind the lilies.  Emily and I were on it by nine; she was digging and I was sifting.  Jan came home from taking Hamilton to church and found us fighting the dilemma:  the old rock garden, currently engulfed by crabgrass. 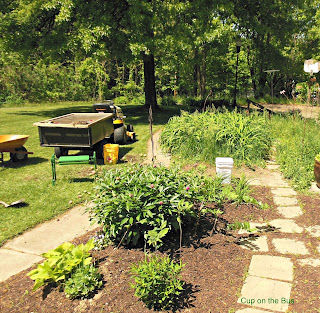 We started a lovely garden out there twenty five years ago.  We even imported a couple truck loads of rocks for a rock garden at one end.  We weeded and fussed out there for a few years, but come the day the business took our full time attention, the poor garden went by the way.  Way by the way.  An inch of crabgrass roots over the stones by the way.

The rocks are out.  The kids decided they will go back along the foundation of the house, graded from large to small. Sounds like a fine job for them.  Laura also wondered how long the garden would look nice when we are done.  “As long as there are grandchildren here.”  She smiled. 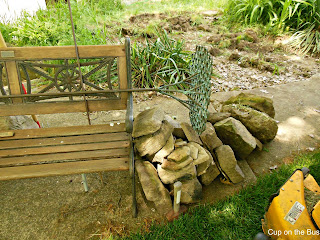 It will be finished tomorrow, or early on next week.  (I’ll let you know if my son-in-law is a hero tomorrow.)  We had to offload one wagon of screened dirt today in order to keep on.  Maybe one more wagon load tomorrow, and the wagon already is half full. 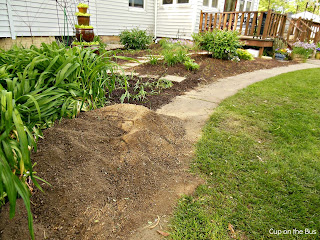 And, all day today a sparrow alternated between the ridge of roof and the oak tree, voicing his total displeasure at our presence.   Mama sparrow continued her routine of tending babies; I occasionally saw her at the opening, passing in the grub.  We figured papa bird could just get over it. 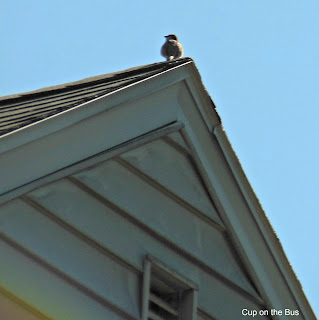 Suddenly Laura said “Look at the tiny bird!” and indeed there were two tiny sparrows in the grass, pecking at seeds.  Our presence did not disturb them in the least. I took some pictures and looked again.  They were gone. 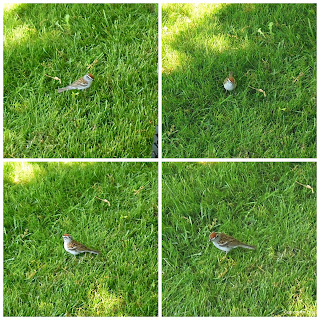 Posted by Joanne Noragon at 7:01 PM