This will be a ramble rant; probably more of the former than the latter. Many years ago I was subjected to floor to ceiling scanning and a node on an adrenal gland was noticed. I have discovered in my encounters with emergency centers, if they have opportunity to scan you top to bottom, they do. The first time was in conjunction with my stroke.

So anyway, I have an endocrinologist, who is in charge of keeping my thyroid in line, and I see him every six months. I need to have blood work done before I go, and so I went to the clinic to do that last week for an appointment to see him this week.

My standing order had run out! I fired off an unhappy email to him and he answered he'd put in a new order, and an order for adrenal labs. I responded Why? It keeps turning up the same size, scan after scan. Well, he said, it could be making hormones we can't find in a scan. He would prescribe a pill to take at night and have the blood draw no later than nine the next morning.

Well hold the phone. I'm barely eating breakfast at nine. What are my alternatives? And so help me, not twenty four hours later, just maybe 4 minutes later her replied The 24 Hour Urine Test.

My problem with it is, schlepping that gallon jug of pee to the lab and sitting until your turn in the waiting room, surrounded by blood draw folks, with a gallon of pee between your feet. And there is no question that bottle holds anything but pee.

I have decided, since there were no suspects in 24 hours of pee ten years ago and it's been the same little node in many scans since, there probably will be no suspects in this 9 a.m. pill pee test. I'm 79; in ten years I'll be 89 and the next time this subject comes up, I'll just refuse. With any luck my endo doc will be retired by then.

OK, that's the story. Thanks for listening. I'm about to search my albums for an illustration. What can I find? 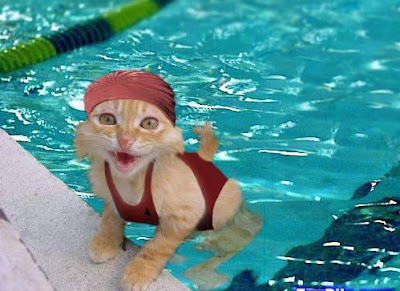 Posted by Joanne Noragon at 8:28 PM
Email ThisBlogThis!Share to TwitterShare to FacebookShare to Pinterest