I put the title Wack-a-vax into my posts a week ago. Having secured my first shot so easily, the first week my county made it available to my age group, is it a sort of survivor's guilt I feel for everyone still thrashing about, trying to find an appointment?

My daughter believes that only because her computer savvy nineteen year old was monitoring three computer screens for sites and appointments that they were able to secure Ruth's vaccination appointment.

Closer to home, I know my sister has been unable to secure appointments for her husband and herself in spite of her ability to get through the computer screens. In her couple of attempts, the appointments disappear before she can begin typing or worse, the site crashes. So, she waits to the next Tuesday, when the site opens again at twelve noon, for another try.

And worse yet, she has no response from any of the other sites she's registered with, including Cleveland Clinic. It's a crap shoot.

In better news, my daughter came down to visit today, before the next snowmegeddon begins Sunday. Night. That's actually good news for a quick shopping trip tomorrow morning. God forbid I run out of butter.

It was wonderful to have someone around for a bit who could discuss The Impeachment, Books, Politics. I have not read, but she has, the census has been so compromised and delayed that we may not be de-gerrymandered until 2030. Ohio is under order of the voters to redraw legislative districts. Now, not ten years from now. We will pay the trump price for a century, I'm sure. 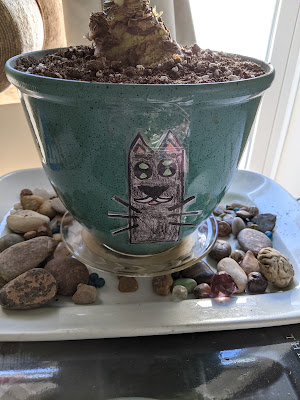 I am so taken by my bookmark from Kyle Shife I cannot just put it in a book. So the super power cat has a place on the table. His dad is the boss of that blog, and Kyle is an enterprising eleven-ish year old. 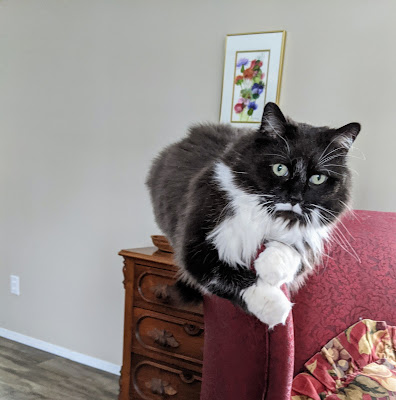 There will be dusty blue towels soon; that piece of fabric is off the loom. Past that, nothing to report. 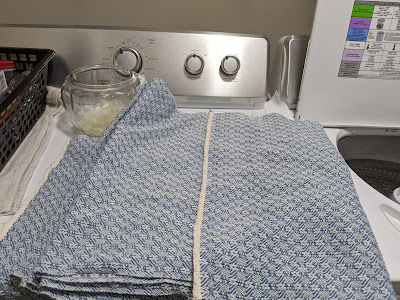 Posted by Joanne Noragon at 7:22 PM 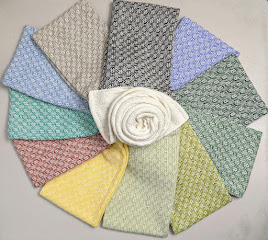