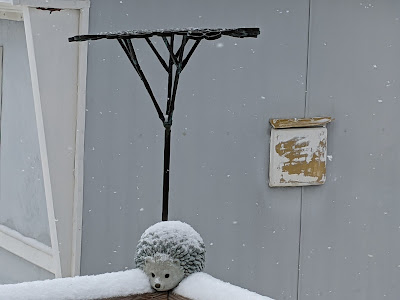 The worst first. There has been accumulating snow since the weekend.  Every morning the handy porch broom and I made short work of clearing the porch, the steps, a path to the street. I even drove out one day. 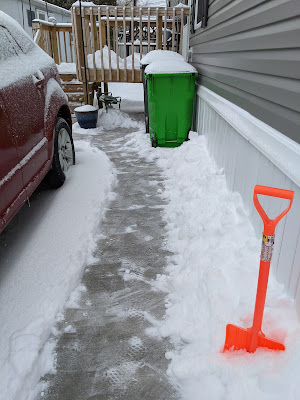 But this morning was a depressing sight. In addition to boots, I put on a scarf. The overnight snow was too much for the broom, so shovel it was. I finally have found a shovel I can handle. Nice job making a path for Cathy and the mail.

And that's enough of that. People we care about have a far worse situation to handle than this, and I send a lot of sympathy south.

Most everyone knows I use an opiate for pain. Belbuca, lowest dose twice a day. My pain PA says, cheerfully, "It's the one we give addicts to ease withdrawal; it has none".

Last week I had an appointment and the PA called in a new two month script. All was as usual until I called to see if it was ready. I was cutting it close; I would run out by Sunday and it was Friday.

A sweet young thing told me it would be in their delivery Monday, and she would transfer the script to another CVS. I called that store on Saturday and learned Tier 3 (or whatever tier this drug lives in) cannot be transferred.

Adding insult to injury, it was available nowhere. Tier whatever cannot be stocked, only ordered against a prescription. So, I fell back on that splitting dose solution, plus lots of Advil. When next I see her, I will tell the PA of my withdrawal.

I had adequate doses for once a day, which I took in the morning, but nothing at night. And, I twitched until I could get to sleep. Horrid! As Scarlett said, this will never happen to me again! As soon as I'd moved the snow yesterday, I was off to the drug store.

At the store I waited a long time for the two cars ahead to leave. I have lots of time, generally, so I settled back to wait. Finally, at the window, my card was declined. I offered another, another decline. Said the clerk, "All the cards are being declined. I guess I better quit trying and just call them in!"

And so eventually I left, and the clerk could do as she pleased with the four cars accumulated behind me.

I do have a life, currently back to normal. I took the Dusty Blue length from the loom and made it into towels. 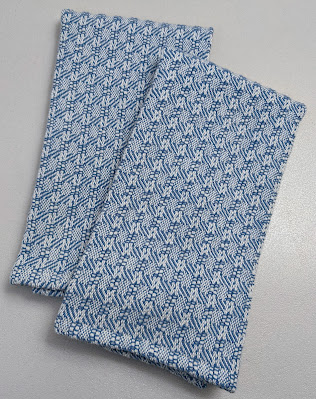 I began a color called Green Aqua. My daughter, visiting Saturday afternoon, ventured I might make up my own, better name, for a color. My response was I could never keep track that way. 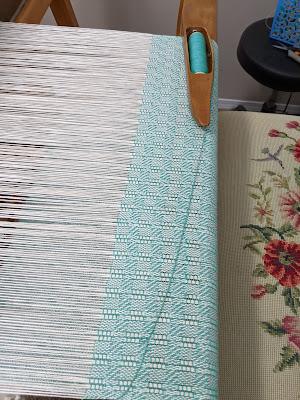 I do like this color. I'm sure I've made it before. And what else? I came in from the snow job this morning, hungry, and made a pan of cornbread for lunch. 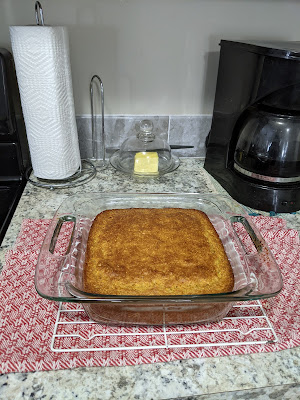 Beautiful, isn't it. But I'm thinking cream cheese and jelly sammy for lunch. I earned it. And finally, the latest circle of towels. This one really pleases me. But I'll sell them, nevertheless. 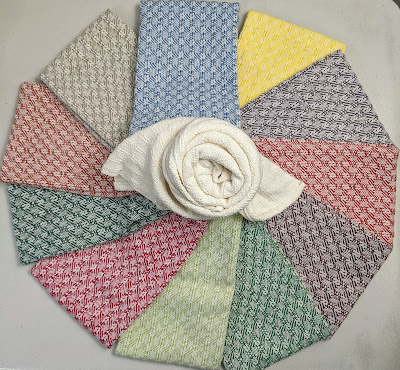