I was behind a car with an interesting logo that took me a couple of stop signs to make out. It was in honor of, a memorial to a Ranger, dead in the line of duty. I glanced down and saw the license plate announced a Gold Star family. I wished them peace.

There always have been rangers, in the definition as the men ahead, finding the way, forestalling trouble, mediating. I realized that definition when I was eight or nine, and allowed into the “adult” section of our public library. Having no idea how to assimilate all those books, I decided it best to start at A and read them all.

In short order I reached Altscheler and his series on the Ohio and Kentucky frontiers. Astounding to learn Ohio was wooded across, buffalo (bison) were here when the French priests came to proselytize the natives as long ago as the sixteenth century. I devoured every book I could find, and followed the exploits of mostly white men conquering the country. Jim Bridger, a hero, John Fremont not so much. Probably because Fremont was a politician, too.

The flip side of settlement didn’t escape me. I especially followed the history of natives in my state. Ohio has fascinating local history. The Delaware tribe was a loose association of smaller tribes that intermingled freely. One young man fell out with his clan and joined another. He rose to be that clan’s chief, but always was the newcomer, and Ohio has a town named for him, Newcomerstown.

The history of our natives, people too, was heart wrenching. Those of us past middle age know the story of the Trail of Tears or the Battle of Broken Knee, which was the same kind of massacre as the shooting at the Florida night club, but not preserved in history as a terror attack by our government.

I was much longer understanding what the movement of peoples did to the land. The prairie sod had to be broken, a job unlike tilling most anywhere east of the Mississippi. The “breaking plow” broke the farmers who set out to claim the west. That migration was relentless. One of Laura Ingalls Wilder’s books dealt specifically with Pa, realizing he’d homesteaded in a reservation portion of Nebraska, and moving the family back to Minnesota.

The damage to the land didn’t occur to me until junior high school, when we learned about contour plowing, to conserve lands from wind and rain. I think that was the aha moment that set me rethinking what I knew. So, plowing caused the dust bowl!

If I had it to do over, my ideal life would be anthropology, archeology, history, ruminating over what I know. Then I had a family to care for, and so I’ve come out the other end, older, probably wiser. I think back on that first book, reading about the fictional ranger, Henry Ware, and his exploits in my part of this country. A simple little book, but it set my pattern of reading all these years.

I wondered how long “Rangers” have been a branch of our army, and looked it up. Wickipedia says the United States Army Rangers were established in 1943 (the year I was born), and are headquartered out of Fort Benning, Georgia, home of my dad’s army career. But, their history predates the Revolutionary War. There is mention of Army Rangers as early as the French and Indian Wars (another fascinating chapter of our history.)

The first name of the young man on the memorial logo was Benjamin. I wish his family peace. 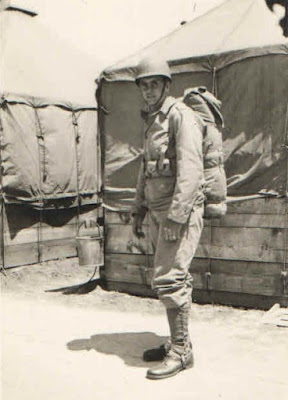