A surprise look back

A card from my neighbor, Cathy, came in the mail yesterday. It’s our year captured in a picture on the 4th of July. We were invited by my friend to watch Fairlawn’s parade from the comfort of the front yard of her husband’s office. My friend and her husband have suntanned faces because they eschew social media, but the smiles started with Cathy, and went all the way down the line. 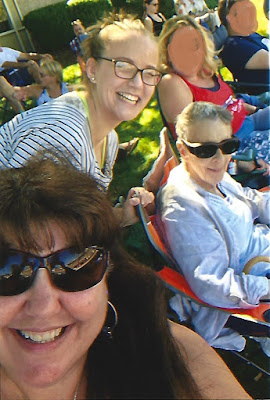 The card made me smile, and not because I have more than half a head of hair now. It’s the blazing smile from Laura, on the 4th of July. Six months ago. At her therapist appointment this week Laura mentioned Grandma had been angry with her one time the whole year, and it was because her clothes were all over the floor.

How I laughed. Her clothes have been ankle deep on her bedroom floor since we moved in. I could not care less. I was “angry” that day I could not pull her back from social media. “Oh, Grandma had a flashback,” said Mrs. A. “What’s a flashback?,” from Laura.

I took a big breath and said “Driving an hour to see you in a locked ward. No shoe laces, no belt, and, God forbid, no chap stick.”

“Oh,” said she. “I don’t remember that. Was that the hospital where they gave me Vaseline to use? They were pretty nice there.”

Laura thinks it’s OK her phone lives in my room half of every day, though she also says she’s busy enough now to only use it when she needs it. Knowing she puts it up to go to work and turns it off to go to meetings makes me think the same.

Tonight the birthday girl is in the kitchen with her friend Victoria, making pasta alfredo for supper. Then they will make cheesecake for the birthday party tomorrow. Victoria can’t make the party, so she came along tonight. The two of them can be up most of the night, laughing. That’s what sixteen year olds do. 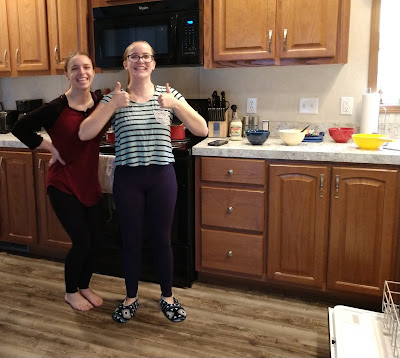 And, I got a haircut today. My hair is still recovering from being half gone, but it’s getting there. And, that’s another day in our normal life. 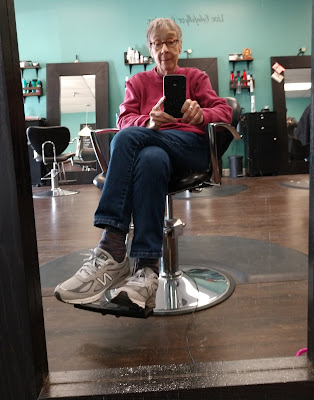 Posted by Joanne Noragon at 5:27 PM