What would you give for a Twinkie or a HoHo right now?

Monday afternoon, cards with the Methodists. No Mother of Sorrows has joined us, printed invitations notwithstanding. But the four of us don’t seem in a hurry to disband.

We have never been two only, which is a shame. I would love to teach someone how to play Russian Bank. Sometimes we are three, when one of us has her monthly bridge group, one of us is too long at the doctors, or one of us, who shall remain nameless, rides the Jerr-Dan to Goodyear to have the six year old battery replaced.

A while back I contributed a copy of Hoyle to the portable bag of cards. We were playing by family or frat house rules, and paper, scissors, rock is not the best solution among serious card players. A worthwhile contribution, as we had scratched out all the rules each of us remembered about pinochle and set out to play a game the last time there were four of us together. While interesting, it didn’t have the intensity any of us remembered.

Every session, there are refreshments. Except for a crème filled donut at Halloween, I’ve never indulged. Between meal snacks are deadly. But there is such a laden table every Monday, I am coming to realize the snacks are out to keep stock rotated.

But today, apparently, there were no goods that needed consumed or composted. One of our number stopped at the Yum Yum Shoppe across the street and emptied from his pockets a chocolate covered Twinkie and unadulterated HoHo’s.  The later an oxymoron and the former—well, we’ve all read of the Twinkie unchanged over several decades of observation.

The refreshments were offered around. He who stopped at the Yum Yum shop selected the Twinkie, when it was turned down. That left two HoHo’s and I declined one. The other player took a HoHo, but called his wife to see if she would like it. In fact, he placed several calls. “Honey, it’s me. It’s an emergency. Call me.”

They’re long married, and the emergency must be a long standing game. “She never calls me back.” But eventually she did. She turned down the HoHo, citing all the alien ingredients. He ate the HoHo with his tea, and took the last one for the road. 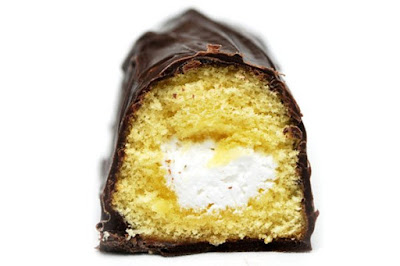 Posted by Joanne Noragon at 8:19 PM

Email ThisBlogThis!Share to TwitterShare to FacebookShare to Pinterest
Labels: cards