In the Linda way

My friend Linda called me last night.
In the Linda way, she wants to put pictures on my blog.
"No, no, Linda; that's Facebook. What would you want to put up, anyway?'

"That one of us in Louisville; we were young and healthy."
"I hate that picture."
"Tell me one you like." 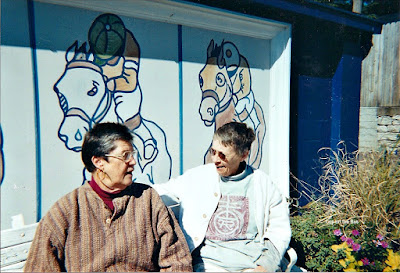 "Maybe that one in Indianapolis, your cousin Bruce took. The first year I helped you at Broadripple, and he set up your tent because I couldn't lift the other side any more."

Linda sent me the three pictures she wants posted on my blog.
She has this titled 'Two almost seventy year olds do a show." 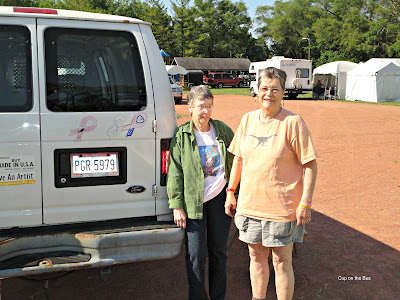 She sent this one, too. It was four in the afternoon of St. James Court Artfest in Lousiville. The show closes at five, but it was my last day; I was retired. I sold the canopy, the display, every last piece of hand weaving except a red dish towel, which we still use. My daughter Beth, and Bill, left champagne in a cooler behind the booth before they had to leave for Cleveland.

Ann, my dear friend and right hand support the last couple of years I exhibited, is in the middle. Yes, that's a hand woven shirt she has on. Me, too.

"Ann won't like that picture going up," I said.
"Ann doesn't read your blog." 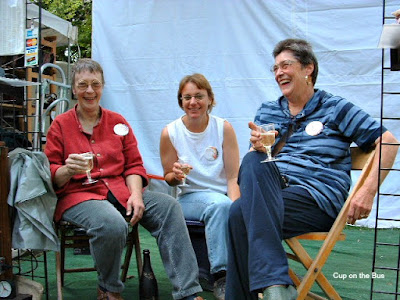 A picture of Linda getting juiced.
I think she took a look and decided her hair had to be red, purple and orange, too. 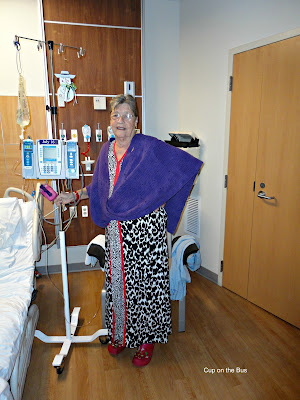 And a little side bar.
At least fifteen years ago my daughter Beth was given a pin to wear at work. It said 'Attitude.' I commandeered one and it hung on my bulletin board.

Before the Arts 'n' Apples show where we froze for three days, I snatched that pin off the wall and took it to Linda.
"It's all about attitude," said the person who was not facing six months of chemo. What arrogance.
"Put this on and kick butt."

Linda put it on and wore it everywhere for weeks. In the middle of the show, it was gone. Fell off.
She turned her booth over, retraced her steps.
It was gone.

I told her it wasn't necessary any more. But she thought it was. Nevertheless, you can see she made it to month six, with attitude.

Beth got on EBay and found a new attitude pin. Linda can wear it to meet with the oncologist. 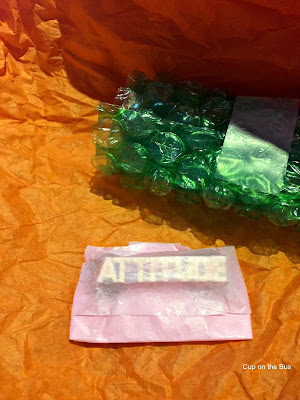 Email ThisBlogThis!Share to TwitterShare to FacebookShare to Pinterest
Labels: Linda