Before the federal government turned all grant seeking and giving over to the internet, there were actual federal employees involved. One of these was a ranger in my own national park, the Cuyahoga Valley National Park. My township once received grants to help maintain the roads that millions drive on. A lot of paperwork was involved, but I did it, and submitted it to Washington.

All went well until Washington began the big migration to internet platform. Now forms were submitted to regional offices where chaos reigned. I raged at the park super, “I cannot get these grants paid and my township has already put out the money!” Someone called me one day and said, “Hello, I’m Dee. John told me to help all the municipalities that get grants keep the money flowing while the process is changing.”

Dee had a deep voice; sometimes I wondered if she was really a man.  As in D. Not a question one asks. Dee indeed kept the wheels of government greased. We became phone friends. I knew her mother was not in good health, she knew about my granddaughters arriving. She was a good friend to Tim, the road super, too. Tim initiated a lot of the grants; I got them paid.

Tim had met Dee; she worked a couple miles down the road from us. Dee was a park ranger whose area of expertise was natural infrastructure; making sure streams ran downhill, I guess. She had been given this paperwork job in addition, and was very gracious in carrying out the assignment.

One day Tim came in my office, said “This is Dee,” and left. The tiniest elf of a woman, in a ranger uniform, ranger hat and hip holster, came in. Dee’s voice came right out of her mouth. We connected at once. She sat and chatted a bit, then went back to work; she had a project going over at Stumpy Basin.

We agreed it was nice to have put a face to the voice and the person, and so life went on. Then there was Hurricane Sandy that damaged the east coast so severely. I called her office and got a recording that she was gone to assist on the east coast. I called the park superintendent, “You can’t send her; she’s too little to do anything!” He laughed and said she would be fine.

I was waiting one Saturday morning for a gallery in town to open. Someone joined the line behind me; I glanced over my shoulder and saw Dee. I whirled around and almost hugged her, but grabbed her hands, instead. It was great to see her back, and all in one piece. Dee introduced me to the woman she was with. John, the park super, had told her I gave him heck for sending her to the coast, and I said all I could visualize was her dealing with looters, or giant waves.

Both women laughed, and Dee said she had gone to be a driver of people who needed to get around. Destruction or no, she’d enjoyed every minute. She drove people all over New York City, and even saw the Statue of Liberty for the first time. No looters, no waves, though plenty of destruction.

The next year was Dee’s last. She had worked for the park since high school; she was thirty years and out. We went to lunch fairly often over that last year. She had plans very like her Hurricane Sandy plans; she was applying for a federal job that would send her places that needed help with anything from paperwork to disasters. It was an on call job that would utilize her areas of expertise.

Dee lives within about five miles of me, in a darling little house with a picket fence. I believe she lives there with the woman she introduced me to. We agreed the friendship could not end; we would be in touch and catch up over lunches, as we had done for the last two years.

And, that was the end. I did see her on the sidewalk once; the conversation was short, she had to keep walking the dog. I called twice and left messages about lunch, but never heard back.  I pass her street three or four times a week, taxi service for my granddaughters. I see her car occasionally, and she knows mine, which she called the red bullet. She never waved back. The end.

I wrote this for Tom Stephenson, who mused this morning about expectation and friendship. I concluded from knowing Dee, it began as the same sort of friendship one makes at twenty or thirty; you share a lot of personal information. I think this one could not develop further because it might require examining more baggage, and people can have a cart of baggage when they are almost fifty and almost seventy, as we were then. 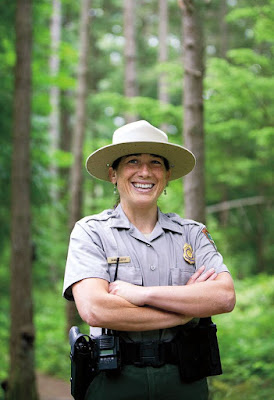 Posted by Joanne Noragon at 1:19 PM