I used to run three internet browsers; IE, the big blue E; chrome; Foxfire. I was urged to switch to Foxfire years ago, to avoid IE security problems.  I never liked Foxfire, starting with their logo. I kept it updated, but only used it to play an online solitaire game.  The author of the game program and I emailed on occasion; I would find problems with the program, tell him, and he would fix them.

I used Chrome for blogging when Google stopped supporting IE. I still use IE for almost everything. I like its bookmarking system, which I can alphabetize in a heartbeat. I never figured out Foxfire bookmarks, and still don’t know how to use Chrome bookmarks efficiently.

Last Sunday evening I was tempted by new bar that appeared on my solitaire screen some time ago, inviting me to download Mahjong, among other solitaire games. Why not, I decided. I know the source; I love Mahjong. Click.

Within seconds my computer was hijacked by an operating system whose name included “trovi.” First it owned Foxfire. It began installing programs. I tried uninstalling and was met with a message that essentially said by uninstalling this program you are agreeing to install a whole slew of other programs. I went to IE to search how to destroy “trovi.” I had to get it out of my browser directories. I could not. It was ahead of me, opening new tabs of itself.

I texted my computer geek, who essentially has not responded. On Monday I called a local service and made an appointment for a service call on Tuesday afternoon. Tuesday morning I turned the box around and decided I could disassemble the puppy myself. I took a picture. How stupid, I decided; I didn't have a computer to put the picture on to study to put all the cords back. But I certainly was thinking through my problem! 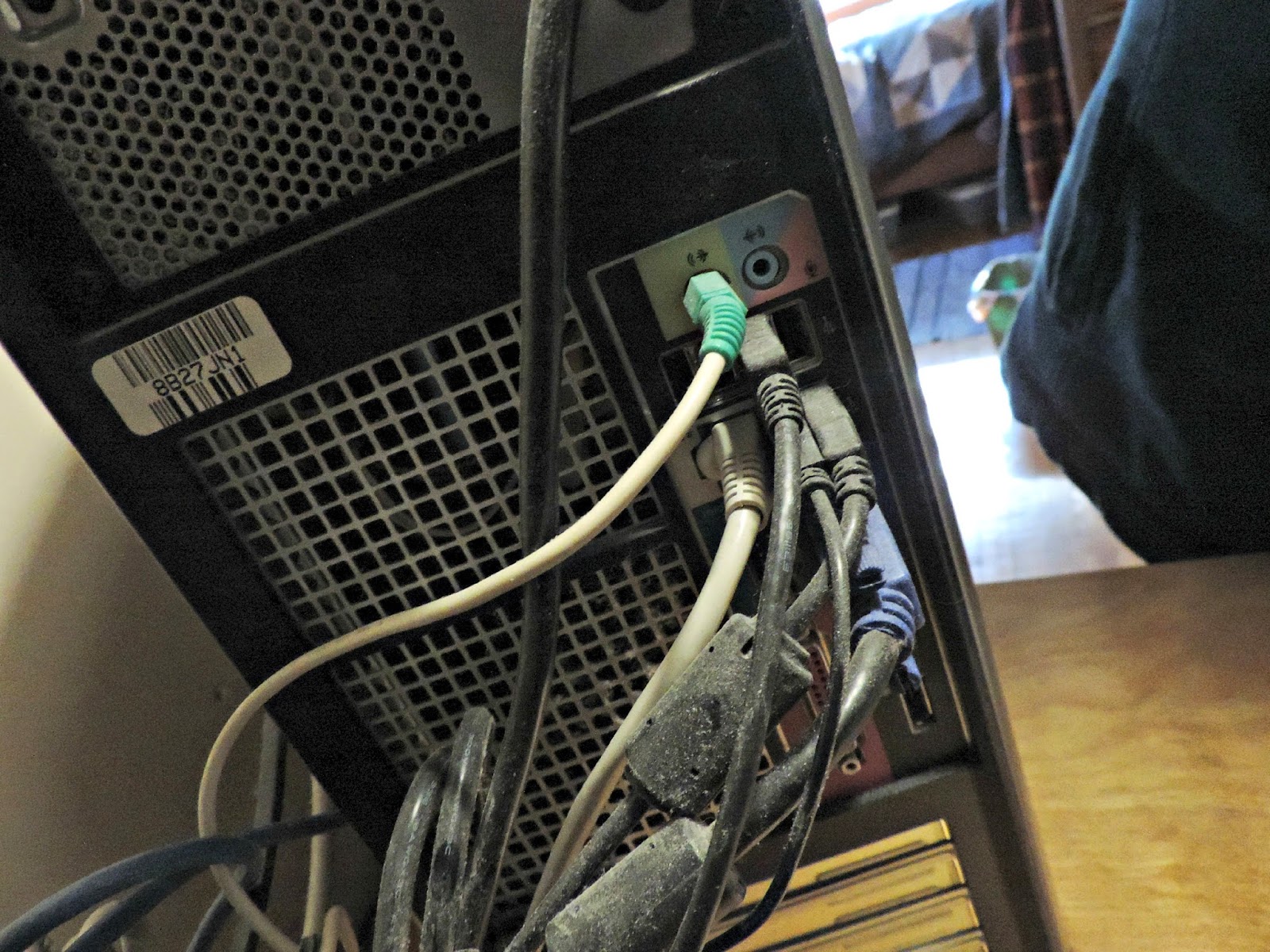 From top to bottom I pulled cords and taped them to the edge of a shelf, with a description of where in a bank of slots they went. I could have ruined the phone line connection with all my tugging, except my fingers slipped and dislocated a silly cap covering the regular push button phone connector. Fools. I cannot imagine why it has a cover; no other phone connection in this house has one. 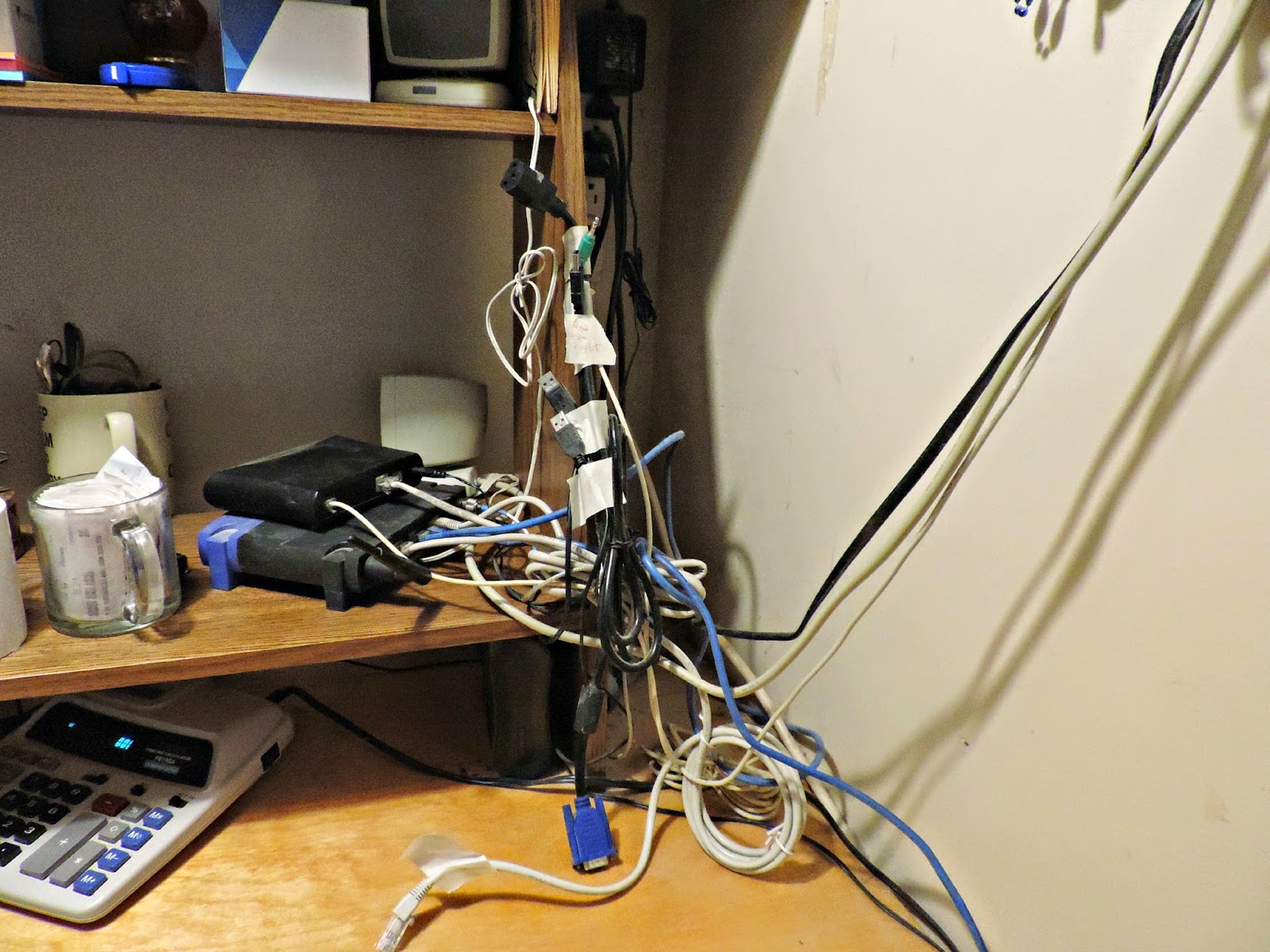 Tom carried the box to my car; I found a geek to carry it into the store. I paid an eighty five dollar deposit and another forty dollars for rush service to jump the eight systems on the bench waiting service. They would call me the next afternoon, which they did.

I learned the aforementioned system installed over two hundred programs on my computer on Sunday evening. Given its druthers, it probably would have pushed on to the blue screen of death.  It was Wednesday afternoon, my computer would be ready Thursday morning.

We looked at the screen in the shop; a couple of icons from the bogus installs remained, and Garrett, the technician removed them. Brought the puppy home, plugged in all the cords from bottom to top and fired ‘er up. Opened Chrome, to make blogger my home page. All the tabs went to “trovi.” Tried IE. It defaulted to Bing, not Google. Sorry Bing, I do not like the program. “Trovi” was in charge of IE, too. I didn’t even go to Foxfire. I called Garrett.

He set up a remote scan and we started over again. “It’s in a registry,” I kept saying. I don’t have a clue what a computer registry is; I only know the internet information I got before I was so hijacked was to remove it from my browser registries. “I know,” Garret said. I wonder if his teeth were clenched.

I also told him to get Foxfire off my computer; I never wanted to see that little fox again.

In the end Garret ran a half hour scan that found the last two hijackers. One was in a piece of Foxfire code and one was embedded in Microsoft.

Collateral damage is my email account. I am up and running everywhere except Microsoft Outlook, whose registry is damaged. Trying to get to the email through my ISP bombed; my password is no good. I have to call them to answer secret questions. That’s my next project.

And that’s where I've been the last four days. I have lovely pictures of Laura’s jazz ensemble concert Monday night, but first I must get the email up and running.
Posted by Joanne Noragon at 7:04 PM

Email ThisBlogThis!Share to TwitterShare to FacebookShare to Pinterest
Labels: life