The girl with the grandmother

Yesterday, having waited one hour for Emily to emerge from the slopes, I went into the lodge, found Customer Service and told the young woman behind the desk to call Emily’s supervisor and tell him to send her a replacement. The whole encounter was brief and effective. Austin (the supervisor) said she would be right out, and she appeared at the car door less than ten minutes later.

Emily did not know why her replacement was so late to work. “Maybe she was held up in traffic.” This elicited a snort from me; there is not enough traffic on valley roads to impede any vehicle from reaching its destination on time, if the driver were interested in arriving on time.

We had a driving experience this morning, driving in at 7:30. Remember, there is no salt. The double S hill was quite the challenge, and with a truck the opposite direction I couldn't use the straight line for a good go at the uphill side. Baby skittered on the ascent, looking for traction, but crested the hill, rather proud of herself, and got a little pat on the dash for job well done. Told Emily I would anticipate her dismissal at 3:30, and not be there sooner.

The snow was ended and the roads plowed clean when I left this afternoon. After thirty minutes of waiting I briskly made my way to the customer service desk. The same young woman as yesterday was on the telephone and the other customer service representative was not about to convey my directive to anyone, let alone a supervisor. I slowly repeated my request that she contact the lift supervisor and tell him it was time to dismiss Emily. “Who?” I heard him question her. “Oh, the girl with the grandmother.”

It began snowing as we left the slopes this afternoon, with half an inch on the roads before we were home and another two or three inches fell this evening.

There are three weekends left of this ski season. Give me patience. Better yet, give me spring. 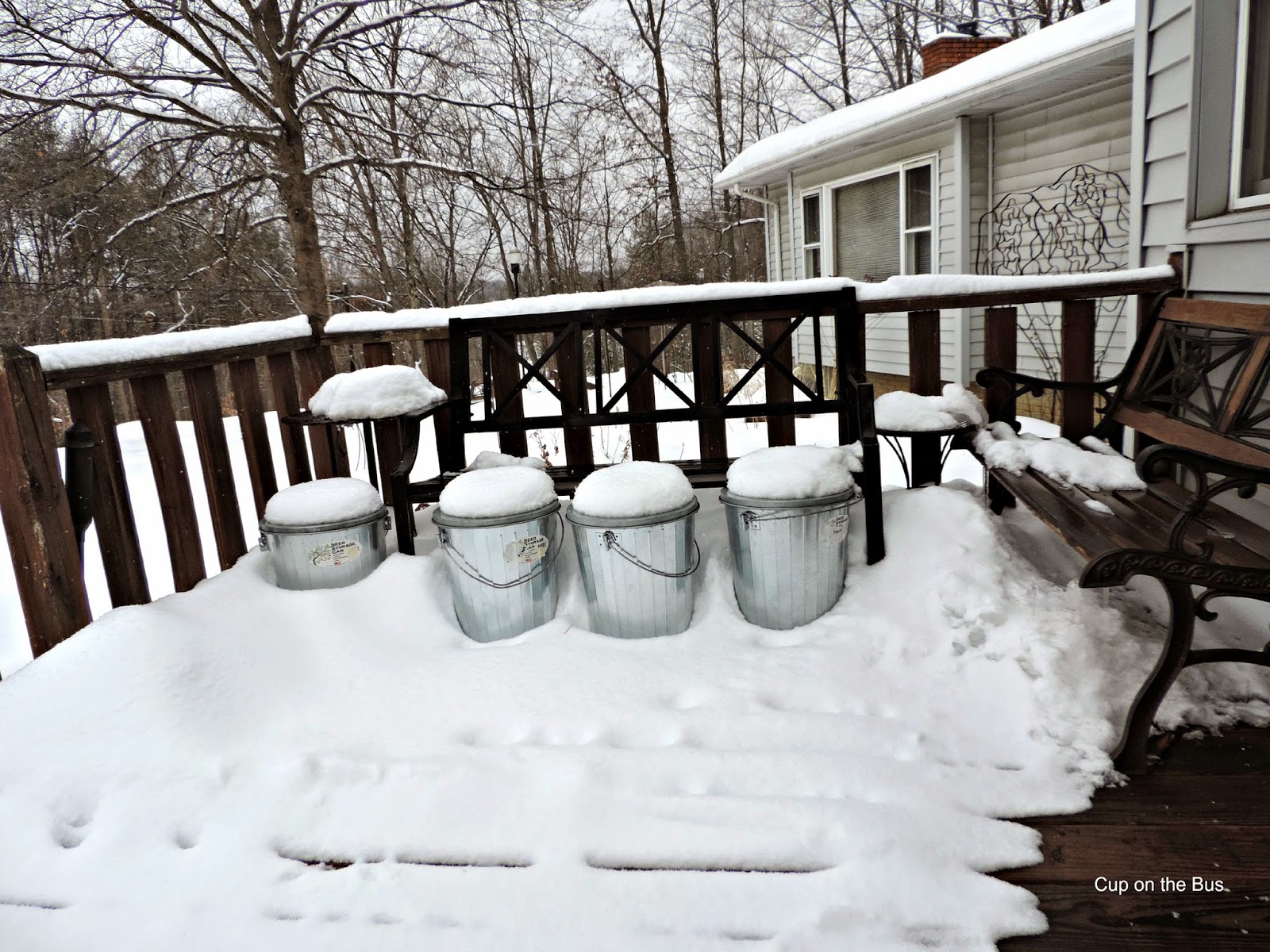 Snow on the birdseed cans before breakfast. 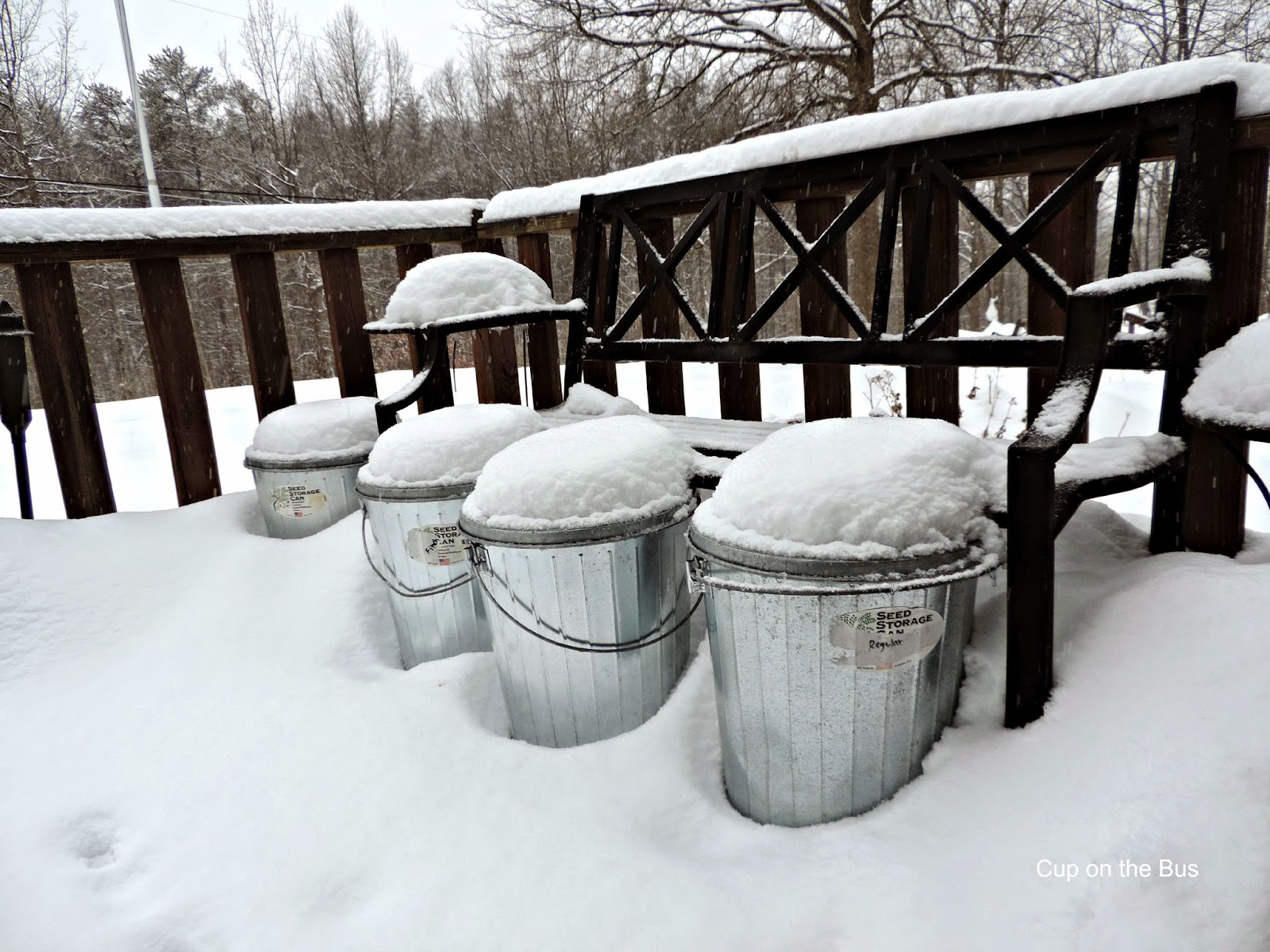 Snow on the birdseed cans after supper. 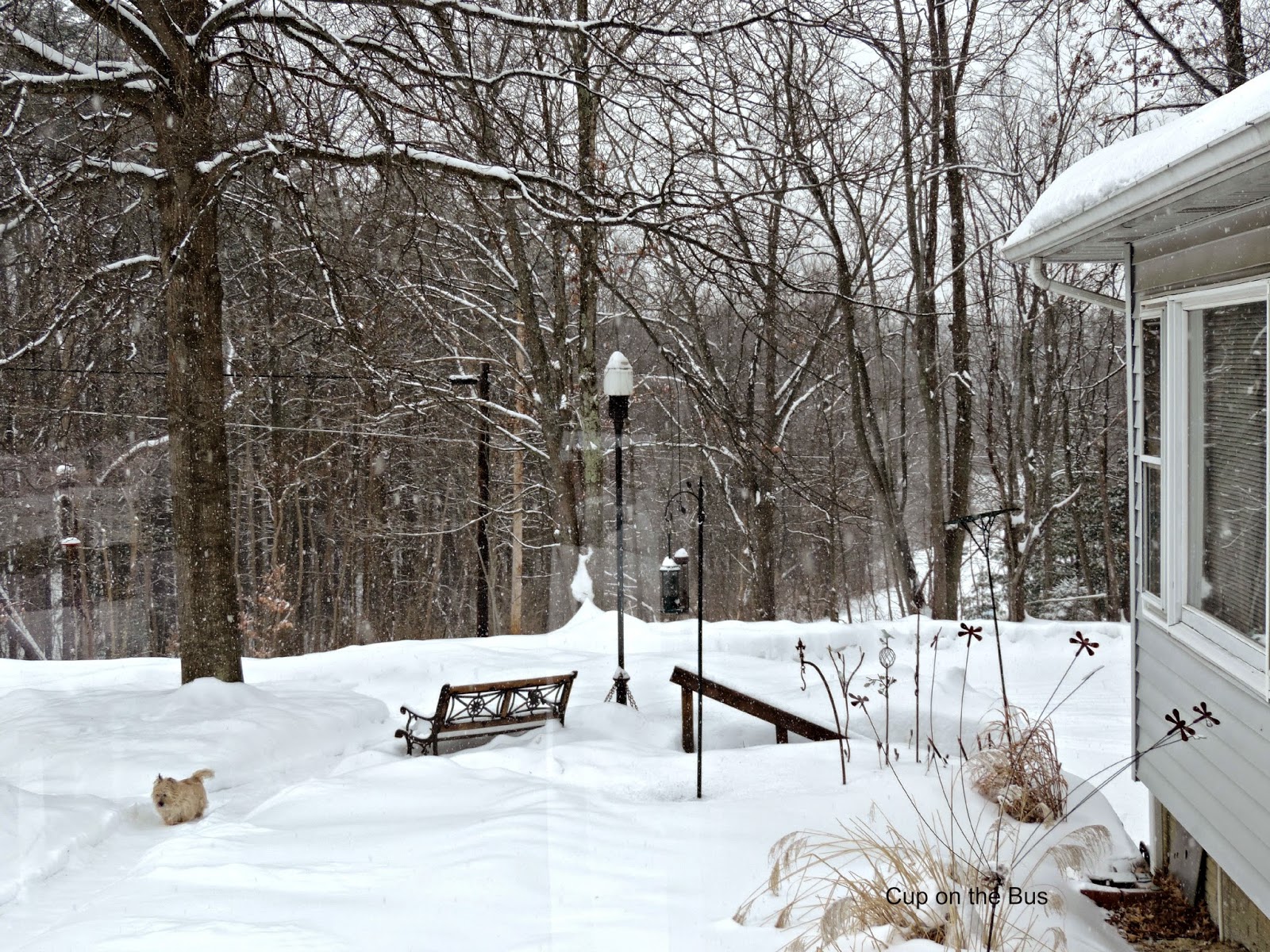 Euba, through the window. That funny streak center is the reflection of the cat perch. 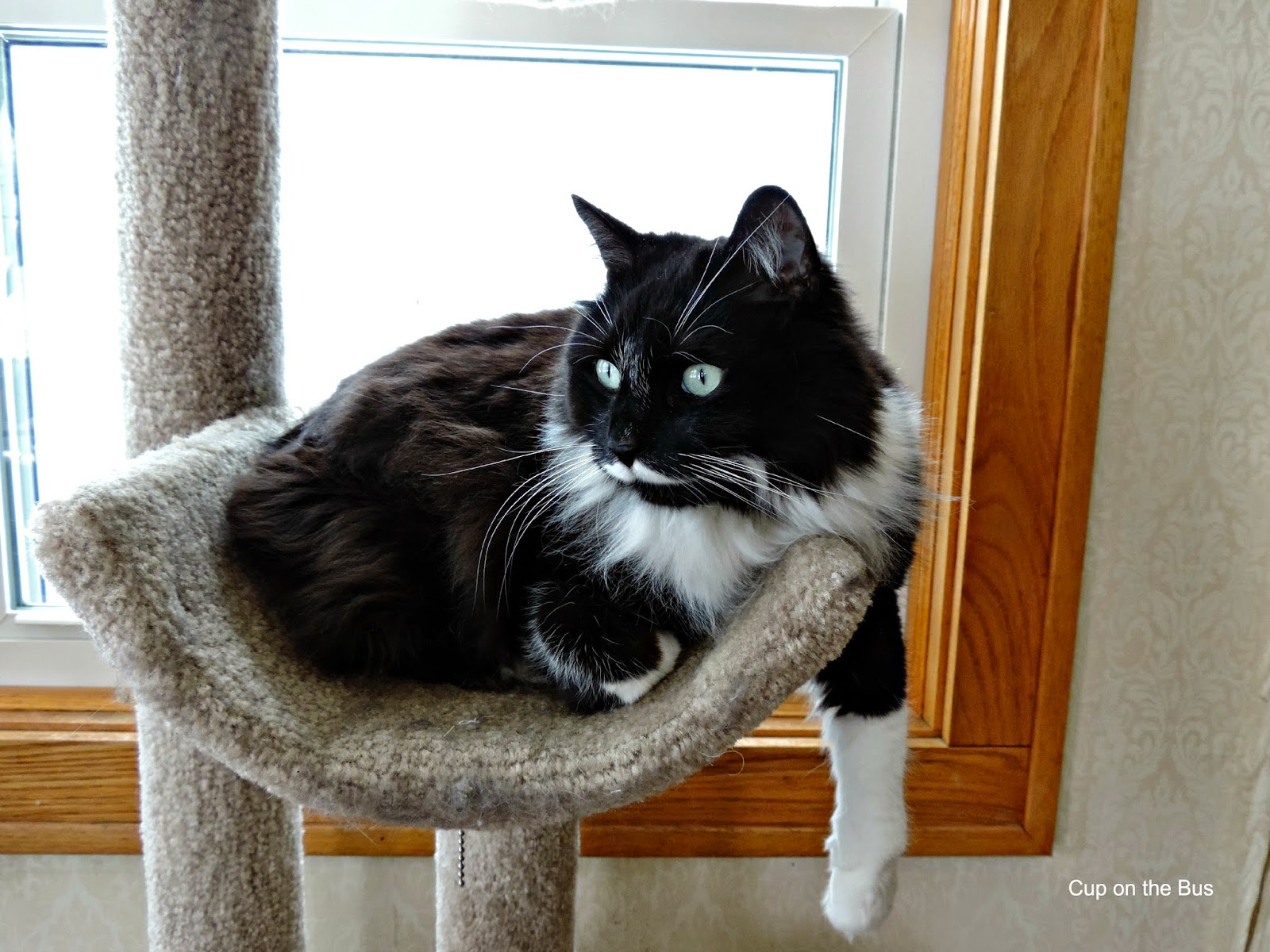 And since I sort of promised no more snow pictures, here is the cat, perched.
Aren't his whiskers magnificent!
Posted by Joanne Noragon at 7:40 PM