I've spent years observing there is no such thing as a “functional family,” and written more than a few posts about my rather dysfunctional family. The operative word in much of what I write is “family”, a unit created to live life and face the world.

I've written about my brother Walt. Click on Walt in Labels; there may be some stories there I used in my eulogy. I've called him a cornmidgen, too, which predates curmudgeon, that’s how far back his brand of orneriness goes.

Now for the “bad mother gene” that my cousin and I have pinpointed in several women in the family. I am officially changing that to “bad parenting gene”, and the old cornmidgen was prima facie a bad parent. Like others, good at making babies, bad at raising them.

In my eulogy I said my brother loved children, and that was good, as he had a few.  Some mothers he married, others he just shacked up with. (That sentence was not in my eulogy!) He had children of his own; he adopted a real keeper from among the clans of children he was associated with. He always wanted to take care of helpless things, and he always did. But his expertise seemed to stop around age five or six.

Two of his several children, by association or birth, met sad ends. His youngest boy, Mark, was plucked from a bad mix of step children, taken in by our mother, Jan, Tom, me, to “finish off.” Good kid. Some of the children played the hand they were dealt and rose beyond. Walt’s wonderful adopted son told me he took mental notes and applied none of those lessons to his life.

A whole lot of folks came to my brother’s funeral. A daughter I met once when she was two years old, although I was responsible for getting braces on her teeth for the lovely smile I saw, came from several states away. Neighbors and co-workers came from southern Ohio, from Ohio Bell in Akron, where he started his career, from “the old neighborhood.”

I heard many new stories. Here’s one. Walt was supervising a project his neighbor was involved in. Heavy lifting involved. His neighbor tried to stop him helping. “You just had a heart attack!” My brother, lifting, responded, “Maybe I’ll have another one.” Prima facie my brother. We never knew until the stroke a couple of years ago there were prior heart attacks.

The family was summoned to appear early at the funeral home, and I arrived promptly, but not first. I was met by a young woman, her husband, her new baby, come to give us "prime baby time" with our new niece, great niece, with her, because she was going to get to know these siblings and aunts her father always told her about.

It was a tough day, working around the coming out party this young woman had planned for herself. I did not change a word of my eulogy, although I put emphasis on “he had a few!” Children that is. If and when I have opportunity I will explain the difference between a funeral and a drama production. Yes, I believe she’s his. I see my aunt’s face in hers.

I do have a good funeral story for you. Here’s a fairly recent picture of my brother, in his beloved wood shop. That’s what his hair always looked like. 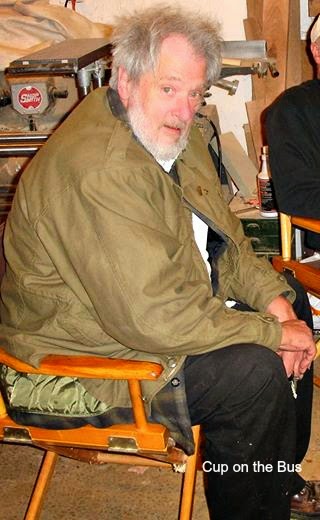 My friend Linda stepped to the podium to share some lovely stories of the old cornmidgeon, and added one. At a show recently she had no time between set up and opening, was hot and sweaty and needed to comb her hair. All she could find was a fork. I told her our dad often accused us of combing our hair with a fork. She turned to my brother in the casket, hair neatly parted and plastered down. “They should have combed your hair with a fork.” 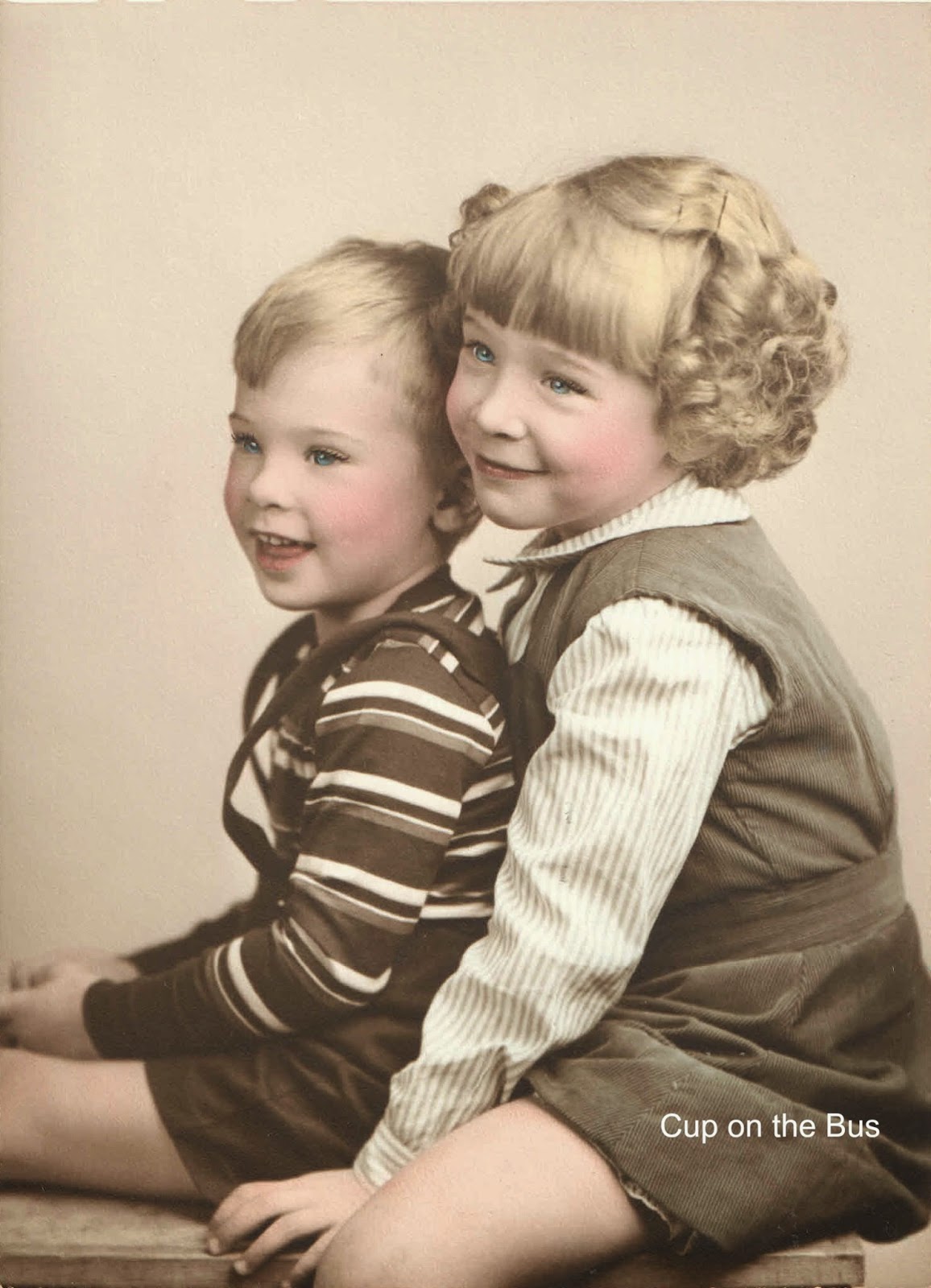 My little brother and his big sister. That looks like the back to school perm; I'll guess I'm five and Walt is three, 1948.
Posted by Joanne Noragon at 5:09 PM

Email ThisBlogThis!Share to TwitterShare to FacebookShare to Pinterest
Labels: Walt