An Irish folk song of protest and rebellion. 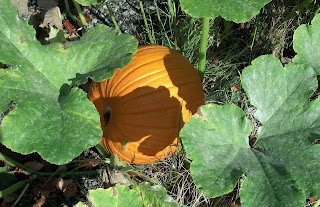 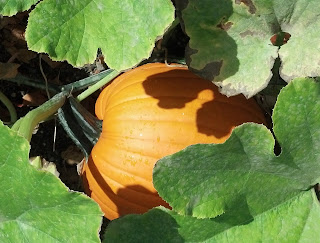 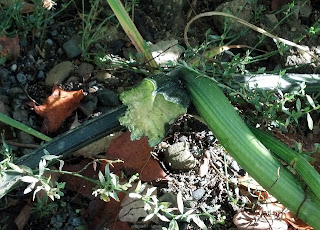 Pumpkin Two
Its throat cut by a knife.
Gone

The Road Super thought about bringing in the last two, to save until Halloween.
Seven weeks away!

I thought, and then named a suspect.

He thought about it.
After lunch I learned he'd asked.

Yes, it was wanted for a grandchild.
No please, thank you, or by your leave.

I asked the Road Super to humor me.

Don't bring in the two left.  Let them grow.
I'll wager no one else will feel entitled.

There will be two pumpkins left to be Jack-O-Lanterns
for ALL the children
on Beggars Night.

Posted by Joanne Noragon at 4:31 PM