Shut up and dribble

The Fox host, Ingraham, told LeBron James and Kevin Durant to “shut up and dribble” in response to their criticism of the president. I just backtracked to delete “snarkily,” as in “snarkily told…”, so I might  sound less snarky myself.

I’ve forgotten everything I know about baseball and paid attention to no other sport in my nearly seventy five years. I do pay attention to people, though, including LeBron James. If nothing else, he’s the hometown hero. More than that, I’ve watched him grow from an awkward teen phenomena to a poised and influential spokesman for his sport and for cultural divide issues.

I spent my day driving my car; I’m tired and about to go to bed. I dropped Laura off to see her sister’s new apartment. Bekka, my oldest grandchild, has completed her welding apprenticeship, has a job welding for a company with a Navy contract, and, (trumpet sound), her first apartment. Emily, currently known as Blake Lytle, was there too, so I left the three to their devices and went to take their aunt, always known as Beth, to lunch.

Complete aside to the narrative, but Blake was on hands and knees, pinning and basting pleats into many yards of Black Watch plaid. I was gobsmacked, so to speak. At her very age I did the same, and made my very own, authentic kilt, with leather straps and everything. I teased her about the pressing of the pleats she has facing her, to which she replied, “Grandma, I’ll take it to the cleaners to get pressed in!” 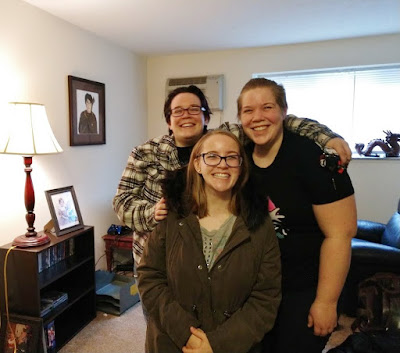 After lunch I backtracked for Laura; we went shopping so we can forgo that tomorrow in favor of her helping out Kay. What is my point, you ask, of my generally less than five hundred word essays or complaints.

Simply this: those athletes have kids, just like the rest of us. My first thought—ask LeBron James to make a public statement about school shootings. “Just like Willie and Farm Aid,” I thought, merging onto I 90 toward Beth’s house.

Farm Aid! I shouted out loud. We’ll call it Kid Aid or School Aid or some other cool name some marketing person can think of, and I’ll ask if a stage full of athletes can make a pitch for congress to take back control of this country from the NRA, and ban the sale of semi-automatic weapons, plus background checks, etcetcetc.

My job for tomorrow is to compile a list of athletes and addresses, who I can begin mailing to next week, asking they find someone who can put together a public service ad. I have an artist friend from the old days who has gone on to bigger and better contacts. I'll call him.

The beginning for me is the beginning. A list of who to contact and how to reach them. I’ll send the file to any one of you who would like it.
Posted by Joanne Noragon at 7:13 PM