I’ve been forced to the help line on a daily basis recently.  Week days, that is.  I don’t often go to work on weekends.

My little township, population 698, many of them children who don’t vote, is alligator deep in the federal government.  It was that way when I became clerk nine years ago.    I’ve told the trustees I believe the nice old clerk before me did not run for re-election because he had to register with CCR.  It was the first thing I did, in order to get grants we applied for.

CCR.  Creedence Clearwater Revival, no?  Actually, Central Contractor Registration.  It was a formidable data base if I noodled around it, but the township simply needed their name and address out there to be matched up with all the paperwork I submitted and the nice federal grant check to arrive in the mail.  Later on the nice federal grant arrived straight into the checking account.  Those were the days!

This past fall the feds decided to streamline.  It’s probably been in the works for years; I can almost see Al Gore’s internet finger in this, but that’s only speculation.  My friendly little CCR and all my paper vanished, rolled into SAM. System for Award Management. My technically illiterate self had to belly up and fill in the formidable data all the big central contractors had supplied for years.  I called the help line and went through the process stroke by stroke.

Drained and stupefied at the end, I told the wonderful help line woman I didn’t have strength to remain on the line to take the satisfaction survey. But, there it was in my email.  I gave her ten of ten for everything and considered my problems ended.

Did you notice, SAM passes out “awards.” No money.  That is a platform called ASAP.  Of course it is incomprehensible, so I called help.  This help came straight from the federal reserve help desk.  The money comes from the federal reserve banks of the US Treasury, of course, and the tic boxes about messing with them can put you under the desk if a calm help person isn’t guiding your finger on the mouse.

I follow instruction well and now my township is set up to receive grant payments.  I stayed on the line and passed out ten of ten attaboys for the wonderful help.  Then the road super, who actually submits our grant requests for road assistance couldn’t access the account I bravely set up for him, on my own, on SAM.  Like two little kids we sat in front of my computer, called help and ticked the box I’d missed.  He made the December application deadline.

Don’t be thinking it’s over.  No.  The trustees made a contract with DOI (Department of Interior), which runs the federal parks, to do a teeny little job for the park.  Apparently contracts are not awarded.  I don’t care; I only want the township paid.  The contract platform is called IPP.  It’s not up and running yet.  “So sorry, this is not business as usual, please bear with us, bla, bla bla”. I have a Rolodex card for them, but there is no help line or password written down.  For the record, the township has fulfilled its obligation for the last three months of the seven month contract that ends in May.

But wait. There’s more.  The township is an entity of the state of Ohio.  We report to the Auditor of State (AOS).  We use government accounting software, which has remained unchanged since implemented almost twenty years ago.  Upgrades turned it into DOS with lipstick, but still DOS.  AOS intended to roll out a shiny Windows version effective January 1, 2012.  Every fiscal officer (that’s what we’re called now) in the state must have emailed:  this is ludicrous.  Every fiscal officer in the state stands for re-election for 2012 and takes office on April 1st.  Training new electees  in a fairly new program, as well as the job and the law that governs it, is stupid. AOS held off for a year.

You know what I was doing on January 2, 3, and 4, 2013.  Rolling up a new accounting program, after closing the old program with all the reports required by Ohio Revised Code.  ORC, to those of us who live by it. When we call the United Accounting Network (UAN) help line we give our entity number to be logged in.  I’ll bet UAN’s reports at the end of the week had a page or more of my township’s number.  I gave all the helpers ten of ten.  I’ll be calling them again on Monday. 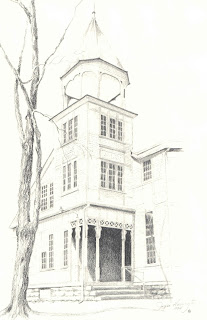