Observations of note, or not


My unit will be inspected this week, hopefully Wednesday. The earliest moving date I could get is next week, Thursday the 13th. Everything is packed, or ten minutes from being packed. I did have to locate and unpack the can opener, but why did I have to unpack the space heater? It’s supposed to be forty overnight, again, and sixty tomorrow!

I decided to try shopping during the week, to avoid the weekend congestion at Kriegers. My one off attempt leads me to believe Monday is not the day. In a grocery store where two carts cannot pass in the aisle, why does a shopper, a man, stand immobile for long minutes, facing the cheese case. I do have nothing to do and all day to do it, so I did not interrupt his reverie. The woman who stocks the case did, however, and I got my cheddar.

A butter comparison is on! In the same case as the $9/pound Kerry Gold, I found domestic butter. Not national brands like Land ‘O Lakes, but a local dairy selling butter for $5.59/pound. There was local butter that would fit my butter dish, but I have a nice round dish I can use when it’s unpacked. I suspect Kerry Gold will win my taste test hands down. It’s the yellow stuff! I will be impartial, however, and report soon. 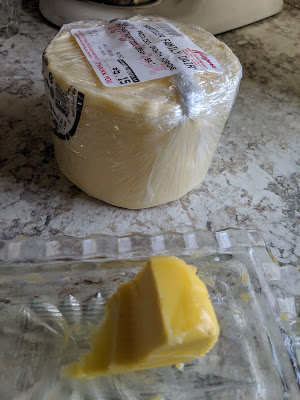 My days really are boring. Talk about nothing to do and all day to do it! I could be weaving, except literally everything is packed. I could be sewing, but…., you get it, I’m sure. My neighbor has become employed, so no more weekday afternoons and the only people watching the movie. I am not pleased with management being so un-forthcoming about the process, and where it stands.

Leon Redbone died last week. He left us! He was not old enough to be done living. My parents and my grandmother were fans of tin pan alley. Especially mom and my grandmother, and there was Leon and his music augmenting my folk and rock and roll.

There was a little music theater near here, The Carousel Dinner Club. I took mom there for Leon a couple of times. I recall us seeing Camelot, with Robert Goulet (we are the backwater, you know!). I also remember listening to George Carlin drop the F-bomb and the crowd of grandmothers exhaled in what literally was a hiss. No dummy he, he spun on his heel and delivered a show that left grandmothers rolling in the aisle.

We collected quite a nice set of sundae glasses, included in the price of the ticket. Sometimes backwater counts! Jan used them as the center of veggie platters, to hold dip.

And in the garden, iris, pinks and those little gold buttons that grow from a bulb. 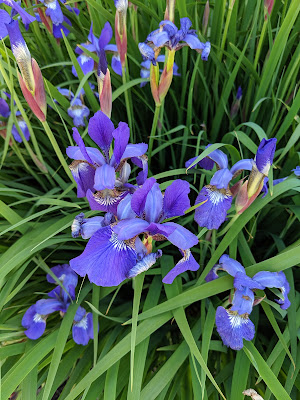 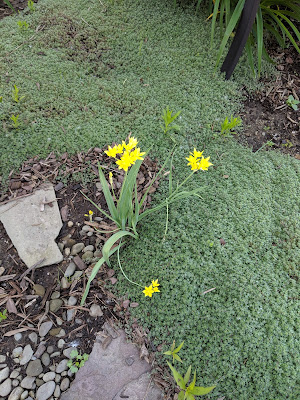 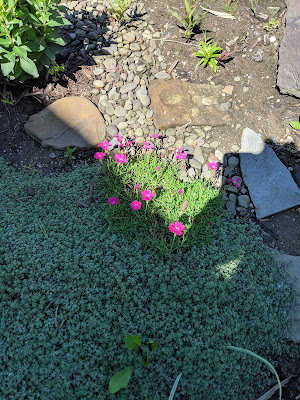 Posted by Joanne Noragon at 7:30 PM