A toast to the Confederation Congress and the Northwest Ordinance 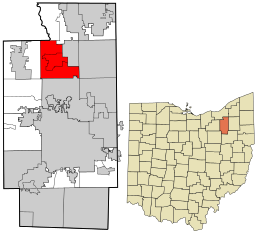 State of Ohio and Summit County
borrowed shamelessly from Wickipedia


I am an unreformed history geek. I try to keep it to myself, for fear of inciting terminal boredom around me. Some questions were raised in my last post about the origins of towns, and villages. I set out today to write about physical therapy and ibuprophen cocktails, but saw such a visual of my township that I was obliged to pull off the road and hike a bit with cane and cell phone camera to record it.

Periodically I do go on about how my west was formed, six miles on a side and thirty six sections, one mile on a side. These were laid out in lots, some for sale, some for public grazing "on the square," some to produce revenue to support schools. There was a lot of land to deal with after the rebels won it from Great Britain, and the founding fathers did it in a mind boggling and orderly fashion.

There in red is my county, Summit, named for having the highest point on the Ohio and Erie Canal. The breakout map of Summit shows my township, Boston, in red. But it's not square! That is the result of political maneuvering and swaps and deals later on. If you look with your heart, you can see the original squares. The very intact square east of me is Hudson, where the girls go to school. It once was a township, but now is all incorporated as the city of Hudson, and still retains its public square.

The square to the west of Hudson is Boston. The little white nick at the top asked to be annexed to the township to the north; it made geographic sense. The grey nick at the bottom was an adverse annexation of a prime piece of Boston township property by the city to the south of me that I  refer to as greedy. That chunk is now a real estate and income tax cash cow housing development benefiting the greedy city.

The grey chunk chunk of the square between Hudson and us is Boston Heights, which separated and incorporated as a village in the early nineteenth century. It is located on the high ground of the township, and had better economic prospects for development, especially getting away from that rowdy canal village, Peninsula.

Peninsula became a separate village in 1837, but never legally separated itself from Boston township. Thus, I live in a township with a village in its center. We have two separate forms of government. Peninsula is a muncipality with a mayor and six member council. The mayor is the tie breaking vote. Boston is a township, with three trustees, no tie breaker needed. They must agree. The township hall and the village hall are one block apart. All we have in common is a traffic light at each end of the block.

Until I became the township clerk twelve years ago, I knew next to nothing about local government. Now I know too much. The animosity here is thick as the river fog on a cold autumn morning. No need to go into any of it; it just is. It's amusing to an outsider like me (I've only lived here thirty years, you see.) As a township clerk responsible for the best care of the peoples' money, I am sometimes frustrated past endurance. But no need for details.

We're almost up to the visual, don't go away. The food drive I wrote of yesterday is sponsored by the township trustees, with  hundreds of pounds of food and staples, and grocery store gift cards to fill in the cracks. All this is distributed to community, to the township and the village.

Here's what I saw on my way out of town today. I can't post it on the township website; half of us will be offended. Here it is for blogger amusement. 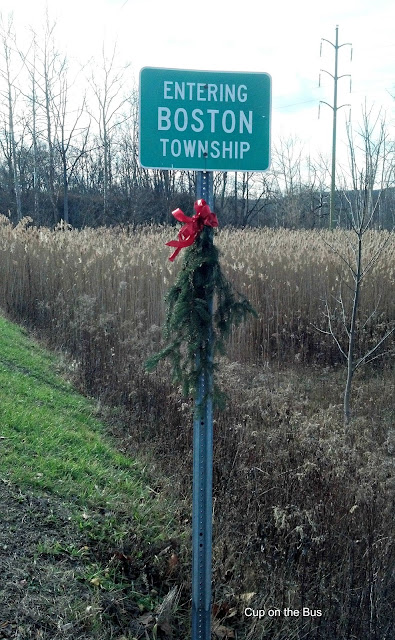 And on the other side of the road: 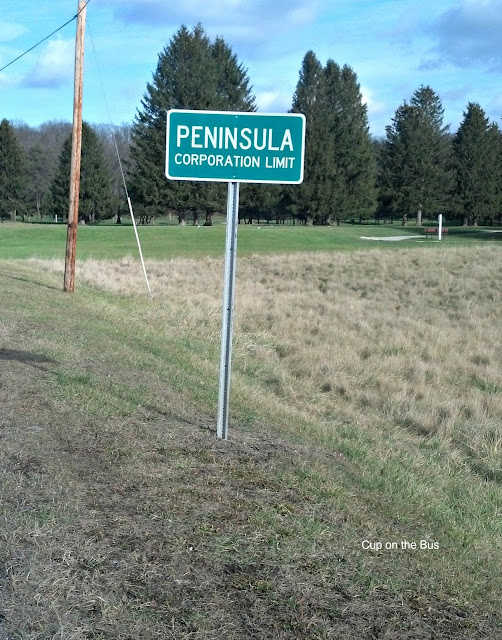 Posted by Joanne Noragon at 6:30 PM