There is a Harry Potter house at the intersection of US421 and 50, in Versailles, Indiana. North out of Madison, it’s right there on the left.  I used to have a picture.  We hope I sent a copy to Ann and it’s in her big tub of pictures to be scanned.  That will be my job when I next go to Wisconsin.  Where the governor has just quietly signed legislation legalizing lower pay for women.  All the cases of pay discrimination will clog up the courts, he claims. The average American woman earns 77 cents for every male dollar earned.  In Wisconsin it’s 75 cents.  I am very interested in the recall vote coming up in a couple of weeks.


I digress.  There are Harry Potter houses, if I look around, and while I was in Wisconsin last I yelled “Stop the car; it’s a Harry Potter house!” twice, and Ann did.  This white house probably is more Hermione than Harry, but the little round room looks charming. 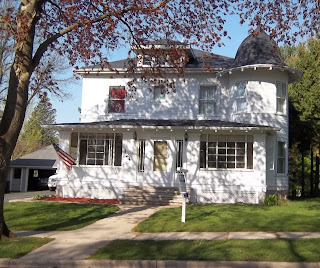 That makes this brick house with a round foyer more Professor McGonagall than Harry Potter. 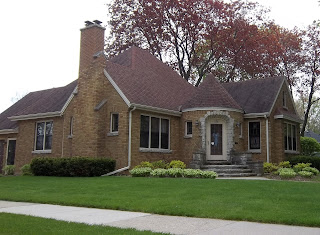 Think of a house of round rooms, all topped off with shingled turrets and that’s my Versailles Harry Potter house.  I’ll find that picture!


For the last nine years I’ve passed a happy Harry Potter tree on the way to work.  It’s right on the township grounds!  This is a Hagrad tree. 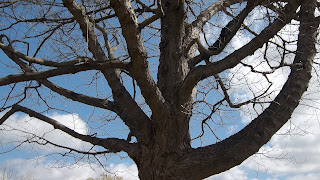 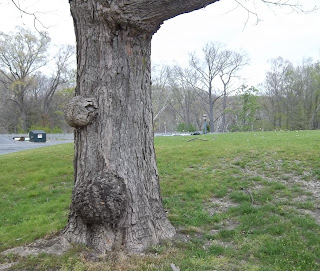 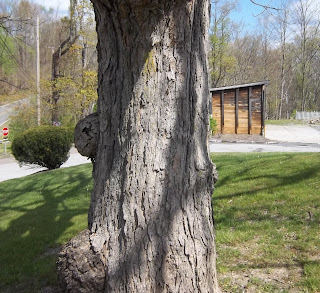 Ah, going to be a bright, bright, sunshiny day.
Posted by Joanne Noragon at 2:28 PM