I was working on who knows what at my desk one day, and had a phone call to retrieve Laura from school. It was the end of the day; school busses were leaving, but I was asked to pick her up from her unit principal’s office.

In the morning, before school, she and three other students left the school grounds, a violation of school rules, crossed to a park and smoked a blunt.

I am informed a blunt is a cigar sized wrapping, emptied of tobacco and filled with marijuana. They returned to school, high, and continued their day.This blunt also contained “White Out”, a synthetic marijuana. One girl had an adverse reaction, called 911, and the game was up.

The unit principal very kindly met me and took me to an office with Laura. A police man came in. Of course, possession is some degree of criminal. The officer said Laura had been very honest with him. Her consequence at this point is a ten day suspension with a recommendation to the superintendent for expulsion. The officer asked we come to police headquarters to discuss a diversion.

Diversion programs are used here in the juvenile courts. I am aware of them, but completely unfamiliar. They are intended to divert the offender from using drugs. We have an appointment Friday with the officer to say if Laura will join their diversion program, which, of course, she will.

She also has an expulsion hearing week after next. This is at the school. I understand the complete seriousness of what Laura did. My own brother died of the consequences of marijuana and angel dust, an animal narcotic. He was 28 years old. I get it.

Laura belongs in school; it is the center of her life. The amount of work she will miss up to October 18 is staggering. I cannot imagine recovering. Nevertheless, these are the rules and consequences that we signed at the beginning of the year. The prohibition of drugs and consequences for possession and use are there. I last recall actually skimming the hundred or so pages, back when Emily enrolled.

The Diversion meeting was today. It was straightforward. Laura must comply totally, or the arrest and drug charge will be referred to juvenile court. The diversion agreement is four months, ending on February 5th. We both signed.

The Expulsion hearing will be Monday, October 15th.

That’s it. The worst is over for me. Laura is just at the beginning. 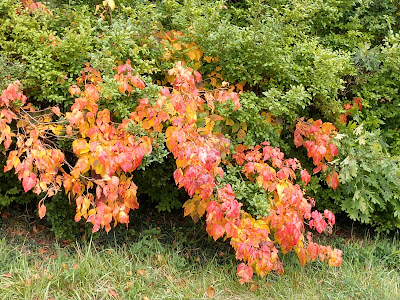 Posted by Joanne Noragon at 2:31 PM