A ploy too far

My phone is a smart phone. That is more technology than I ever thought I would need, until four or five years ago. I needed a recording device, and why carry a recorder in one pocket and a phone in another? It was not love at first sight; a smart phone is no flip phone.

I grew accustomed to it, one icon at a time, until the phone became more convenient to use than the computer. It’s easier to make arrangements via texts, for instance, than by email. I like finding the weather forecast for any place I might be visiting, using it to read a magazine while waiting in a doctor’s office, for access to the internet to resolve a point of dispute.

Earlier this year I was in the phone store to get help with square technology, and the enterprising young clerk tried to sell me a new phone; last year’s model of my phone, on sale for a hundred dollars with a hundred dollar rebate. I thought about it. It was shiny red, a big plus, but on consideration I did not want to learn the ins and outs of a new phone, and passed.

The last several weeks, though, my trusty phone has been on the fritz. Missed calls and messages. A grey screen and the tiny bar announcing I could only make an emergency phone call because I had no SIM card. I became the queen of soft reset, but drew the line at the minimum of two soft resets a day.

I went to the phone store today, ready to bite the bullet and learn a new phone. I fooled around with the current model, and it appeared I could tolerate the annoyance of the learning curve. My account was pulled up, and, hello, I was long overdue for an upgrade. I could even have the current model for one hundred dollars plus tax, and a mail in rebate of one hundred dollars. Six dollars and seventy five cents for a new phone! I’d paid two hundred for the one in my pocket.

“How much is a new SIM card?” I inquired. They were free, but they were on order. The clerk fished out my SIM card, blew off the pocket dust, put it back. The phone fired up without a soft reset. I considered, but the lure of a six dollar and seventy five cent phone won over. I’d take it.

The paperwork was humming through the printer; the clerk picked up his pen and began. “Now,” he said, “the rebate comes in the mail, a hundred dollar Visa card with your name on it.” My wallet simply snapped shut. “Well, that’s the deal breaker,” I said. “A prepaid Visa card is not a rebate; I cannot put it in the bank.”

I’ll go back in a week or two for a new SIM card. Beside, that new phone was black. 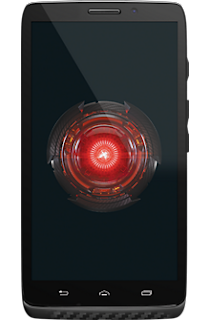 Posted by Joanne Noragon at 7:17 PM